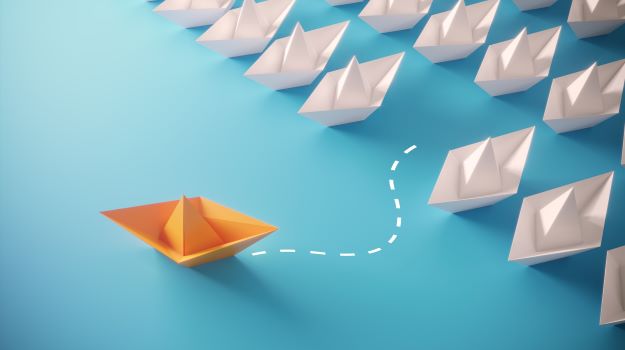 Atsena Therapeutics – Linda B. Couto was named chief scientific officer of N.C.-based Atsena Therapeutics. She has been a senior gene therapy consultant to the company and will assume the CSO responsibilities from Shannon Boye, Atsena’s co-founder who has been serving as acting CSO. Prior to Atsena, Couto was Head of Pharmacology and Toxicology and Ocular Research Lead for Spark Therapeutics. Couto was also Associate Director of the Center for Cellular and Molecular Therapeutics at the Children’s Hospital of Philadelphia. Earlier in her career, she held positions of increasing responsibility at several gene therapy biotechnology companies including Avigen Therapeutics and Somatix Therapy Corporation.

Yumanity Therapeutics – Michael D. Wyzga was named Chief Financial Officer of Yumanity. Wyzga joins the company after eight years at Needham & Company, a privately held, full-service investment bank. Prior to this role, he was part of the Healthcare Corporate and Investment Banking group at Citigroup.

Catalyst Pharmaceuticals – Mary Coleman has been tapped to serve in the newly created position of Head of Investor Relations. Coleman has held senior investor relations leadership positions with various publicly traded companies from early-stage to commercial-stage, leading the development and execution of the investor relations strategy to broaden and strengthen relationships with the investment community. She recently served as Vice President, Investor Relations at BioXcel Therapeutics and previously held the position of Head of Investor Relations at Jubilant Pharmaceuticals, Ltd.

Theator – Kavi Vyas was named Chief Commercial Officer of Theator. Vyas joins Theator with 15 years of experience in the medtech space, most recently at Viz.ai, a leader in applied artificial intelligence in healthcare, where he served as Vice President of Marketing, and Penumbra, Inc., a global healthcare company focused on innovative technologies, where he launched and managed their Global Vascular and Neurovascular Embolization businesses.

Enveda Biosciences – Narayanan (Hari) Hariharan joined Enveda Biosciences as Senior Vice President of Discovery Biology and Translational Sciences.  Hari is a recognized industry expert with 30 years of biopharma experience in companies ranging from Pfizer and Bristol-Myers Squibb to startups such as Lynkogen, where he served as Chief Scientific Officer. He previously served as Vice President and Head of Drug Discovery-Biology at Advinus Therapeutics. Additionally, Indranil Mukhopadhyay was named Director of Drug Discovery Biology. He most recently headed up translational pharmacology at Insilico Medicine.

PYC Therapeutics – PYC formed its Clinical Advisory Board. The Advisory Board will work closely with the company’s executive management team to support the advancement of its pipeline of therapeutic candidates in inherited retinal diseases. Board members include Dr. David Birch, the Scientific Director of the Retina Foundation of the Southwest; Fred Chen, head of the Ocular Tissue Engineering Laboratory at the Lions Eye Institute in Perth, Western Australia; Jacque Duncan, an ophthalmologist who specializes in treating retinal degenerative diseases and a Professor at the University of California, San Francisco where she is Vice Chair for Clinical Trials and Academic Director of the Retina Service; Mark Pennesi, Professor of Ophthalmology at Oregon Health & Science University’s (OHSU) School of Medicine.

Hinge Health – Hinge Health named Ryan Russell as senior vice president of design and user experience, and Hassan Asghar as chief information security officer. Russell joins Hinge Health after nine years as director of user experience at Amazon. Before his time at Amazon, Russell created and led McAfee’s Design Studio; launched Cohdoo Highlight founded the nonprofit For the Next, and designed novel consumer computing experiences at Intel. Before joining Hinge Health, Asghar was senior vice president and chief information security officer at Bremer Bank in Saint Paul, Minn. Prior to this role, he built an IT risk and controls function at UnitedHealth Group. He started his career at Deloitte & Touche.

ViroCell Biologics – David Enloe was appointed to the board of directors of ViroCell and Martin Pule was appointed to the company’s Scientific Advisory Board. Enloe is currently President and CEO of Recro Pharma. He was President and CEO of Ajinomoto Bio-Pharma Services and prior to that, he was the Head of Lonza’s Viral Therapeutics Business Unit. Pule is a Clinical Senior Lecturer in the Department of Hematology at University College London’s Cancer Institute and Honorary Consultant in Hematology at University College Hospital.  Pule is cited as the second most prolific inventor of CAR T cells and the most prolific inventor in 2019 and 2020 respectively, by the European Patent Office.

Decibel Therapeutics – Cynthia Hu was named Chief Legal Officer and Corporate Secretary of Decibel Therapeutics. Hu joins Decibel after 15 years with CASI Pharmaceuticals, where she served first as Vice President, General Counsel and Secretary before being appointed Chief Operating Officer in 2008. Prior to joining CASI, Hu was a senior attorney with the corporate and finance practice group at Powell Goldstein LLP.

Remix Therapeutics – Peter Smith, co-founder president and Chief Scientific Officer of Remix, has been named CEO. Before founding Remix, Smith was CSO at H3 Biomedicine. Before that, he held various positions at Millennium/Takeda.

KemPharm, Inc. – Tamara A. Seymour was appointed to the board of directors of KemPharm. She will serve as Chair of the Audit Committee. Seymour has served as CFO for several companies, including Signal Genetics, Inc., HemaQuest Pharmaceuticals, Inc., and Favrille, Inc.

MetrioPharm – Switzerland-based MetrioPharm named Thomas Christély as its new CEO. Christély has comprehensive experience in the biotech and pharma industry as CEO, CFO and CBO in multiple companies, including AstraZeneca, Pfizer and Novartis. Most recently, he was Managing Director and CFO of the German pharmaceutical start-up MYR GmbH.

Solid Biosciences – Michael Inbar was named Senior Vice President of Finance. Most recently, Inbar served as VP, Accounting and Corporate Controller at Syros Pharmaceuticals, Inc. Prior to that, he served as CFO and VP, Finance at Acronis, Inc., and Acceleron Pharma Inc., where he was Associate Director of SEC Reporting.

Affibody – Sweden’s Affibody tapped Nikolai Brun as CMO. Brun will be responsible for the clinical safety, development and operations functions as well as regulatory affairs. Brun has held a variety of clinical development leadership positions within the pharmaceutical industry over the last 20 years. He has held leadership roles at companies across Europe, including Novo Nordisk, Genmab and Genzyme. He has also held roles at the Danish Medicines Agency.