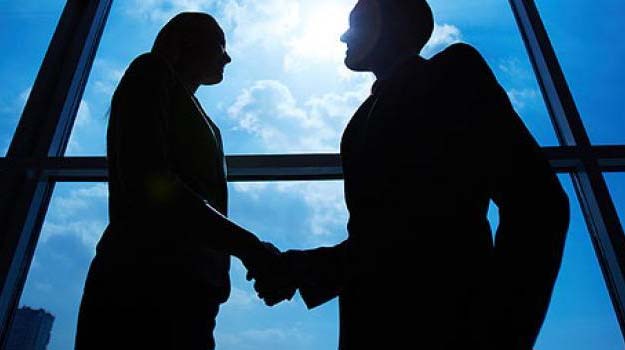 Five Prime Therapeutics –Foundation Medicine veteran Thomas Civik has been named president and chief executive officer of Five Prime Therapeutics. He takes over from William Ringo, who has served as interim CEO since September 2019. Ringo will step down from the CEO spot and continue to serve as chairman of the company’s board of directors. Civik has more than 25 years of commercial and lifecycle management. Most recently, he served as chief commercial officer at Foundation Medicine. Prior to that, Civik built a distinguished career as an oncology executive at Genentech where he commercialized new and established therapies such as Avastin, Tarceva, Tecentriq, and Alecensa.

Summit Therapeutics – U.K.-based Summit Therapeutics tapped Robert W. Duggan as its new CEO. Duggan currently serves as chairman of the board and will not receive compensation for his role at the helm of the company due to the fact he is the company’s largest shareholder. Glyn Edwards, the previous CEO, tendered his resignation, which will be effective immediately. Edwards will continue to serve as an elected member of the board of directors.

TearClear – Shire veteran Robert J. Dempsey was named CEO of ophthalmic pharmaceutical company TearClear. Dempsey is expected to accelerate TearClear’s business and commercial strategy, including advancing the robust pipeline and leading the company’s efforts in bringing innovative products to market. Dempsey served as the Global Head of Ophthalmology at Shire, which was acquired by Takeda, and was responsible for one of the top ten largest biopharma mergers of 2019, the divestiture of the Takeda lead ophthalmic drug, Xiidra, a transaction of up to $5.3 billion. The announcement comes as TearClear is approaching the initial close of an up to $25 Million Series B financing.

Eko – Adam Saltman was named chief medical officer of Eko. He will assume responsibility for leading Eko’s overall clinical development and medical affairs activities. Saltman joins the Eko executive team from his role as a medical officer at the Center for Devices and Radiological Health, a division of the U.S. Food and Drug Administration. While at the FDA, he co-wrote a whitepaper outlining a new regulatory approach to AI and machine learning algorithms, which play a key role in Eko’s clinical vision. Prior to joining the FDA in 2013, he practiced as a triple-board certified cardiothoracic surgeon at various hospitals including Mount Sinai Beth Israel and the University of Massachusetts.

MEI Pharma – Cheryl L. Cohen was named to the board of directors of San Diego-based MEI Pharma. Cohen is the founder and president of CLC Consulting, LLC, a pharmaceutical and biotechnology consulting firm specializing in new product start-up and commercialization. From 2011 to 2014, Ms. Cohen was the chief commercial officer of Medivation, Inc. From 2007 to 2008, she served as the vice president, strategic commercial group, of Health Care Systems, Inc., a Johnson & Johnson company. Cohen currently serves on the board of directors of three other public companies, Aerpio Pharmaceuticals, Novus Therapeutics and NantKwest.

Evelo Biosciences – Neil Graham was named chief development officer at Evelo Biosciences. He brings deep experience in drug development from leadership roles at Regeneron and Vertex. Graham joins Evelo from Regeneron, where he served as head Strategic Program Direction, Immunology and Inflammation. During his tenure at Regeneron, Graham led the product development for Kevzara (sarilumab), an IL-6R antibody for rheumatoid arthritis, and REGN3500, an anti-IL33 antibody for asthma and COPD. Prior to Regeneron, Graham served as head of Program and Portfolio Management at Vertex, where he oversaw the team of program leaders and managers across the portfolio from Phase 1 through launch, including Telaprevir for hepatitis C (HCV), and two innovative product candidates for cystic fibrosis which are now on the market.

Mersana Therapeutics – Martin H. Huber was named to the board of directors of Cambridge, Mass.-based Mersana Therapeutics. Huber most recently served as CMO at TESARO, Inc. before its acquisition by GSK. While at TESARO, he drove the expansion of the niraparib program and advanced the company’s immuno-oncology agents into the clinic. Prior to that, he was head of Oncology Clinical Research at Merck Research Laboratories where he was the program lead for pembrolizumab in non-small cell lung cancer. Before that, he served in roles of increasing responsibility at Schering-Plough, Hoffmann-La Roche and Rhone-Poulenc Rorer.

Cardurion Pharmaceuticals – Peter Lawrence was named president and CEO of Cardurian after spending 14 years with ArQule, a company recently acquired by Merck. At ArQule, he served as president and chief operating officer. Lawrence succeeds Michael E. Mendelsohn, M.D., founder and interim CEO of Cardurion, who will continue in his role as chairman of Cardurion’s Board of Directors. In addition to his role as president of ArQule, Lawrence oversaw the company’s R&D and manufacturing operations as well as its corporate and business development, new product planning, IT, legal and IP functions. Before joining ArQule, Lawrence was a founder and general partner of Pod Venture.