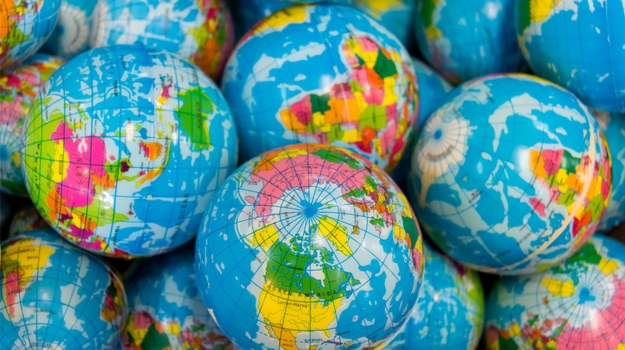 HTL – France’s HTL, a leading supplier of hyaluronic acid, is investing in a new state-of-the-art production facility that will multiply its injectable grade sodium hyaluronate production capacity by 2.5 by 2021. This new capacity represents a much-needed opening in a global market under high pressure, the company said. Medical applications of Hyaluronic Acid in ophthalmic, esthetics and rheumatology combined represent a global market of $10 billion characterized by a sustained growth currently within a range of 6 to 10% annually. The new production facility is located in Javené, France where HTL conducts all its production, R&D and analytical activities. The amount of HTL’s investment was not disclosed.

Evonetix Ltd. – Across the channel in Cambridge, England, Evonetix, a synthetic biology company, moved to a new location in Cambridge to enable continued growth of the company. Evonetix now occupies 15,000 square feet at Coldham’s Business Park. The space is divided into state-and office space. This new facility will enable the company’s teams of physicists, electronics and software engineers, chemists, biologists and molecular biologists to work more closely together. Headcount currently stands at 40 and the company is currently looking to recruit further staff, including biophysicists, electronics and protein engineers. The company’s silicon chip is made by MEMS processing and controls the synthesis of DNA at many thousands of independently controlled reaction sites or ‘pixels’ on the chip surface in a highly parallel fashion.

BioMed X – Germany-based BioMed X completed its first research collaboration project with AbbVie in the field of tau-mediated neurodegeneration in Alzheimer’s disease. BioMed X received a milestone payment and the results of the project were transferred to AbbVie. The BioMed X team successfully developed research tools to assess disease-associated post-translational modification signatures of the tau protein in the brains and cerebrospinal fluids of sporadic Alzheimer’s patients and identified new signatures which might be useful for drug discovery and as early biomarkers of the disease.

BioVersys AG – Switzerland’s BioVersys won the up to $8.92 million in funding from CARB-X to support its R&D program on therapies aimed at multi-drug resistant bacteria. The funding begins with an initial infusion of $3.94 million and has the possibility of an additional $4.98 million if certain milestones are met. BioVersys is developing new drugs designed to disarm bacteria such as Staphylococcus aureus including MRSA of its virulence determinants including toxins that cause serious skin infections that can spread to muscles, lungs and other body parts. Molecules of the BV200 series have the potential to be used as a stand-alone therapy as well as in combination with antibiotics, thus improving many available antibiotic therapies and supporting stewardship. The most advanced compounds are in Lead Optimization. Molecules of the BV200 class inhibit the transcriptional regulator AgrA which controls the production of virulence determinants including α-toxin, phenol-soluble-modulin and Panton-Valentine leukocidin toxins that are directly linked to the severity of S. aureus-mediated skin and skin structure infections and pneumonia, according to company data.

Owlstone Medical – Breath biopsy company Owlstone Medical, based in the U.K., joined research initiative 3TR to provide new insights into the mechanisms of response and non-response to treatment within and across seven different immune-mediated diseases. The work falls within and across seven different immune-mediated, allergic and inflammatory diseases - systemic lupus erythematosus, rheumatoid arthritis, multiple sclerosis, inflammatory bowel disease (including ulcerative colitis and Crohn’s disease), asthma and COPD. Breath sampling is expected to be deployed initially into multiple academic-led trials for asthma and COPD, however the potential exists for Breath Biopsy to extend into additional studies in other investigational areas as the 3TR initiative proceeds. Owlstone Medical will have full access to the data generated, and the rights to develop biomarkers discovered into clinical tests.

Femtogenix – U.K.-based Femtogenix released new data demonstrating the potent efficacy and favorable toxicity profile of a reduced potency analog from its Pyridinobenzodiazepine (PDD) ADC payload platform in solid tumor models. With its PDD platform, the company said it has developed a lower potency DNA mono-alkylator with superior in vivo properties to other DNA alkylating agents, illustrating a promising new approach in the development of ADCs for difficult-to-treat tumors. When attached to antibodies or other targeting moieties, the novel PDD payload platform “allows reversible/irreversible DNA minor groove binding, in a sequence-interactive manner, leading to highly targeted cytotoxicity towards tumor cells,” Femtogenix said. The payloads are designed to have a novel mechanism of action and IP space compared to existing DNA-interactive payloads, to have minimal hydrophobicity and to be resistant to P-Glycoprotein pumps in tumor cells.

NervGen Pharma – Vancouver-based NervGen announced a research initiative to advance its proprietary therapeutic technology platform currently in development for spinal cord injury and multiple sclerosis to generate new treatments for Alzheimer’s disease. NervGen’s technology is designed to unlock a damaged nervous system’s natural ability to repair itself. The company believes this could translate to helping people suffering from Alzheimer’s disease.

Themis Bioscience – Austria-based Themis and Norway’s CEPI announced the first administration to healthy volunteers in a Phase 1 clinical trial with Themis’ vaccine candidate against Lassa fever. The MV-LASV Lassa fever vaccine candidate is based on Themis’ proprietary measles vector platform and exclusively-licensed discoveries made at Institut Pasteur. The MV-LASV vaccine candidate is a recombinant, live-attenuated, viral vectored vaccine, based on the backbone of the measles Schwarz virus strain for prophylaxis of Lassa infection, the company said. The Phase 1 trial with MV-LASV is a randomized, placebo-controlled, dose-finding study in 60 healthy adult participants to investigate the safety, tolerability and immunogenicity of MV-LASV after administration of two different dose levels.

Lobsor Pharmaceuticals – Sweden’s Lobsor announced the Japanese Patent Office has issued a Decision to Grant a patent covering Lecigon a new therapeutic system for symptomatic treatment of Advanced Parkinson’s Disease. Lecigon is a proprietary pharmaceutical gel formulation containing a combination of levodopa/carbidopa and entacapone for continuous infusion into the small intestine through a newly developed lightweight pump. There are approximately 200,000 patients suffering from Parkinson's disease in Japan, and the number of patients is increasing due to the aging of the population.

Sherlock Biosciences – Boston-based Sherlock and U.K.-based Mologic Ltd. announced a new collaboration to revolutionize molecular diagnostic testing in low-resource settings and within the home. The work is being facilitated by the Bill & Melinda Gates Foundation. Under terms of the partnership, Mologic will expand its presence in Cambridge, Mass., as part of a joint development center that will be built within Sherlock’s lab space. The companies will combine Sherlock’s core synthetic biology platform with Mologic’s advanced lateral flow expertise to develop simple, sophisticated molecular diagnostics for use at the point of need. By building out a joint development space with equipment and staff, Mologic will establish full immunoassay research and development capabilities and enhance its ability to provide service and support to its U.S.-based partners.

SeraNovo B.V. – Netherlands-based SeraNovo expanded its relationship with Carna Biosciences by signing a new licensing agreement to develop an oral formulation with increased bioavailability. Utilizing its proprietary Deep Eutectic Solvent (DES) formulation platform, SeraNovo is formulating one of Carna’s proprietary drugs to increase its oral bioavailability. The DES formulation platform is based on constituents that are GRAS for oral administration or broadly used in the industry. The final formulation includes an optimized combination of a DES, one or more polymeric precipitation inhibitors and Carna’s Kinase inhibitor.