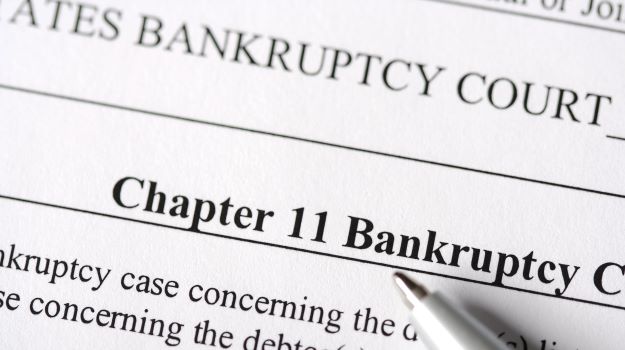 Endo International filed for bankruptcy Tuesday in the U.S. Bankruptcy Court in New York due to its debt load of over $8 billion and the thousands of opioid lawsuits the drugmaker is facing across the United States.

This news comes one week after shares of Endo plunged nearly 40% following the company's disclosure of the imminence of filing for Chapter 11 bankruptcy.

According to the Wall Street Journal, Endo reported that most of its first-lien creditors will buy it out of bankruptcy, with $6 billion in debt forgiveness in return. Endo also stated it is open to other bids, and it will hold a court-supervised auction for its assets if an outside bidder offers more.

In its quarterly earnings report released Aug. 9, Ireland-based Endo posted a 20% decrease in revenue for the three-month reporting period. The company earned $569 million in the second quarter of 2022, down significantly from the $714 million it posted in Q2 2021. Earnings fell in part due to the loss of exclusivity for one of Endo’s key drugs, Vasostrict, which is used to increase blood pressure in adults with vasodilatory shock.

The company noted an uptick in revenue for Xiaflex, which is intended for the treatment of Dupuytren's contracture and Peyronie's disease. Xiaflex generated $121 million during the quarter, up from $111 million the previous year. Overall, revenues from Endo’s branded pharmaceuticals fell 4% during the quarter.

Endo noted it carried approximately $8.1 billion in debt and had about $1.2 billion in unrestricted cash. In its announcement, the company said it “remains in constructive negotiations” with a group of first lien creditors. These negotiations will likely result in filing for Chapter 11 in the U.S. Bankruptcy Court, the company said. Endo also noted that it remains in discussion with opioid-related litigants but did not provide information regarding possible settlements.

Like other opioid companies, Endo has been embroiled in thousands of lawsuits brought by state and local governments charging it, as well as other opioid makers, with aggressive marketing tactics that spurred the opioid epidemic. However, unlike other opioid drugmakers such as Purdue, which previously filed for bankruptcy, Endo has not secured a comprehensive agreement with the thousands of opioid plaintiffs, which leaves the company potentially open to billions of dollars in legal liability.

According to the Wall Street Journal, Endo has struck a few agreements with plaintiffs in Florida, Texas, New York, West Virginia and Alabama. However, the company continues to face more than 3,500 lawsuits from other government entities, the Journal said.

In 2017, at the request of the U.S. Food and Drug Administration, Endo removed its reformulated opioid pain medication Opana ER from the market. As BioSpace reported at the time, Opana ER was initially approved in 2006 for the management of moderate-to-severe pain when a continuous, around-the-clock opioid analgesic is needed for an extended period of time.

In 2012, the company changed the formulation of Opana ER to make it more resistant to potential abuse. Although the FDA said the reformulation met its standards, the data did not show the new formula could be expected to “meaningfully reduce abuse” of those who wanted to snort or inject the drug. While it was more difficult to crush and snort, Opana ER was still able to be injected, and the abuse continued. The abuse of Opana ER was linked to an outbreak of HIV in rural Indiana due to opioid abusers sharing needles.

If Endo files for Chapter 11, that will provide the company with some protection from ongoing lawsuits. The Journal said Endo’s creditors will likely be paid first before any lawsuits would be paid out under potential bankruptcy. However, the Journal also speculated that before Endo, which has U.S. operations based in Malvern, Pennsylvania, can file for bankruptcy, it will likely need to reach an agreement with the bulk of the plaintiffs before the courts will sign off on a reorganization.

While Endo struggles with its financial and legal burdens, other companies involved in the thousands of opioid-related lawsuits have been moving to strike deals and mitigate further losses. Purdue Pharmaceuticals, which was the poster child of sorts for opioid abuse, reached an agreement with plaintiffs that will allow it to move forward with its reorganization plan and rebrand to Knoa Pharma. A majority of the new company’s profits will be used to abate the ongoing crisis.

Teva Pharmaceuticals and Johnson & Johnson have also been embroiled in multiple opioid-related lawsuits. Some cases have been settled, while others remain open. Earlier this year, a national settlement was reached with three of the biggest distributing companies, Amerisource Bergen, Cardinal Health and McKesson. Under the terms of that deal, the three companies will pay up to $19.5 billion to settle claims.