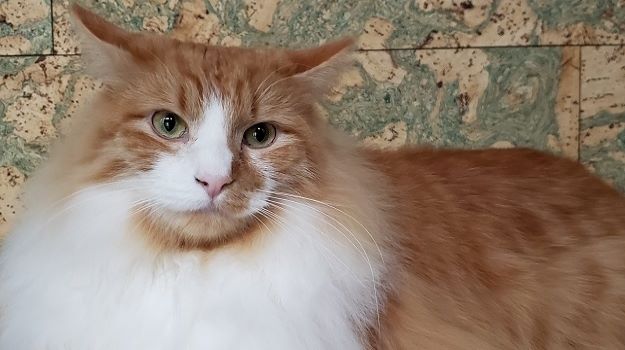 The quantity of research for cats is less than half that for dogs, despite the higher number of pet cats in the United States. Basepaws, which offers DNA testing for cats, is helping address that inequity. The company was formed around a felines-first strategy in an effort to advance research to improve the health and quality of life for these furry companions.

Basepaws launched its kits specifically for cats in 2019 on ABC’s Shark Tank. Since then, it has sequenced DNA from thousands of cats, although the exact number is confidential.

In collecting cats’ DNA and comparing it to other DNA, the Basepaws team realized it had built a substantial microbial database. “We are keen to move feline research forward and are pursuing peer-review publication,” Yuliana Mihaylova, Ph.D., head of R&D, told BioSpace.

“What draws people in is the breed information,” she said. Basepaws tests DNA against 21 different pedigreed breeds. “People also appreciate the level of detail on the dental report, and the screening for markers related to genetic diseases.” Basepaws screens for 43 genetic conditions that are represented by more than 120 health markers. These numbers are growing as more cats are sequenced.

“We test for markers associated with many different diseases. Some are quite rare, but the most useful are polycystic kidney disease and hypertrophic cardiomyopathy, which are frequent in cats with some Maine Coon heritage,” Mihaylova said. Knowing your cat has the marker for this disease lets you catch it early, so he or she can have a better quality of life rather than waiting for something critical to happen.

The dental report is something none of the other cat DNA testing companies offer, she added. “We developed it ourselves. Vets often don’t pay much attention to cats’ teeth, but periodontal disease is so prevalent as the cat ages and can have repercussions on general health. Dental health is correlated to chronic kidney disease and other systemic diseases,” Mihaylova pointed out.

“Kits that test for specific genetic mutations, like those associated with hypertrophic cardiomyopathy or polycystic kidney disease, for example, can give pet parents a better idea of what their cat’s health might be like in the future,” Jennifer Coates, DVM, a member of the advisory board for Pet News Daily, told BioSpace. “If you run a test kit for genetic diseases on your cat, be sure to share the results with your veterinarian.”

DNA kits “can provide information that is simply interesting (oh hey! I didn't know my cat had Siamese in him!) or potentially lifesaving, in the case of genetic results that indicate a predisposition to any particular diseases,” Sarah Wooten, DVM, CVJ, veterinarian for Pumpkin Pet Insurance, told BioSpace.

“Disease, even heritable disease that is seen in genes, is influenced by both genetics (the blueprint) and epigenetics,” Wooten explained. Therefore, “Lifestyle changes can actually turn on and turn off genes. A lot of the time, it's what you do with the blueprint that counts.”

For this article, Basepaws provided me with a free feline DNA kit. This is my experience:

When the kit arrived, I went to the website and loaded the bar code to identify the kit. Registration took about one minute. Then I added a few details about my son’s cat Caprica (an 18-month-old male and the youngest of our three felines.) Registration included listing Caprica’s date of birth and an optional photo. A comment box let me share any pertinent information about him.

The instructions for taking Caprica’s DNA sample and mailing it to Basepaws were clear and easy, but I found that swabbing a cat’s cheeks to get a good DNA sample is harder than it sounds. I needed to swab the gum pocket for at least five seconds. Caprica was not particularly cooperative.

I mailed Caprica’s DNA sample to Basepaws December 17, received notification of receipt on the 21st, and a notice that the sample was on its way to being sequenced January 2. On February 1, I received an email saying the sample needed to be resequenced. I wasn’t surprised because I wasn’t positive I had collected ample sample to begin with, as Caprica had squirmed considerably trying to avoid being swabbed. One day later, on February 2, a notice that the test was online at Basepaws arrived by email.

Going to Basepaws and selecting my cat’s profile took me to a report tab, which linked to a detailed report and an explanation of genetic sequencing.

The summary showed that Caprica tested negative for markers associated with 42 feline diseases. Caprica is not a carrier of markers associated with diseases, nor is he at risk or high risk. Likewise, he is at low risk of developing periodontal disease or tooth resorption, but at a high risk of having bad breath. Based on genotype, Basepaws estimates his blood group as A, like most cats.

The breed information is where it became interesting. Basepaws performed lo-coverage whole genome sequencing, and bioinformatic imputation to fill in missing data, and then Caprica’s genome was compared to that of 21 breeds of purebred cats in the Basepaws database. For each of the 21 breeds, the report includes a page of detailed traits, genetic predispositions, personalities and histories.

Caprica is a yellow and white, very fluffy, long-haired cat. We had speculated as to breed, suspecting he might be a Norwegian forest cat. The genetic analysis eliminated that breed, however, and determined Caprica is nearly 18% Siberian, 16% broadly Western, 14% ragdoll, 13% Maine coon, 8% American shorthair and 6% Russian blue. It also noted nearly 9% Savannah, 6.5% Persian and various lesser percentages of Birman, Bengal and Egyptian Mau.

Basepaws determined he is likely to have long fur, but did not associate him with any particular coat color, pattern or body morphology. If it had, it would have listed the manifestation of those traits – such as the temperature-based mutation that creates color tips in Siamese cats – the genes involved in breeds that typically exhibit that trait.

Resistance to feline immunodeficiency virus (FIV) also is assessed, based upon a variant of the APOBEC3Z3 gene. FIV is an HIV-like disease that affects up to 4.4% of cats worldwide. Cats with the genetic variant are more likely to be resistant to infection.

Dental health also was assessed, based upon an analysis of Caprica’s oral biome. It looked for genetic signatures affecting periodontal disease, tooth resorption and halitosis. The biome analysis found DNA from pork, chicken and, not surprisingly, dog. (Caprica occasionally grooms our huge Anatolian shepherd.) If the test had been taken at a different time, it likely would have revealed something of his hunting prowess, too.

“We were founded on the premise of felines first, and have been called ‘23andMeow,’ Anna Skaya, founder and CEO, told BioSpace. Now the company is discussing the possibility of developing DNA tests for other domestic animals.