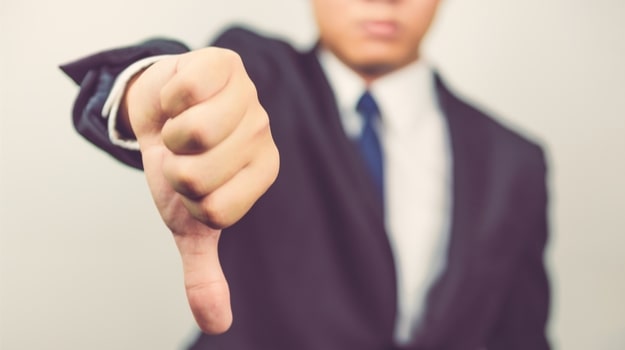 Shares of Avenue Therapeutics plunged more than 56% in premarket trading after the company announced the U.S. Food and Drug Administration (FDA) rejected its New Drug Application for intravenous tramadol over safety concerns.

Although the Phase III trial for the intravenous formulation demonstrated statistically significant outcomes for all of the primary and many secondary endpoints, the FDA rejected the application.

In a Complete Response Letter, the FDA said Avenue Therapeutics’ IV tramadol, which is intended to treat patients in acute pain who require an opioid, raised concerns over the potential necessity of patients having to actually use an opioid to treat their pain alongside tramadol. In the CRL, the FDA said specifically, that if a patient requires an analgesic between the first dose of IV tramadol and the onset of analgesia, a rescue analgesic would be needed. The likely choice would be another opioid, which would result in opioid “stacking” and increase the likelihood of opioid-related adverse effects, the FDA said, according to the CRL. This was the only safety concern raised by the FDA, Avenue Therapeutics said in its announcement.

Lucy Lu, president and chief executive officer of Avenue Therapeutics, disagreed with the issue raised by the FDA. In a statement, Lu said the company stands behind the safety data submitted in the NDA and the “ultimate approvability” of IV tramadol. Lu said she will request a meeting with the FDA as soon as possible. She said Avenue Therapeutics is “committed to working closely with the agency to resolve these issues in order to bring this important medicine to patients and clinicians in the U.S.”

Additionally, the CRL said the FDA requires an adequate terminal sterilization validation prior to NDA approval, which is planned for later this quarter.

Avenue Therapeutics submitted the NDA to the FDA in December based on positive results from two pivotal Phase III studies in patients following bunionectomy and abdominoplasty surgeries, as well as an open-label safety study with a total of more than 500 patients who received the IV tramadol 50 mg dosing regimen. In addition, the NDA included an epidemiology study on abuse of tramadol in the U.S. and in some European countries where IV tramadol is available. That study found that reports of abuse with tramadol are infrequent, both in absolute number and relative to other prescription opioids, and that abuse of tramadol via injection is uncommon relative to oral tramadol in countries where it is available.

Avenue Therapeutics believes an IV formulation of tramadol may fill a gap between IV acetaminophen/NSAIDs and IV conventional narcotics.