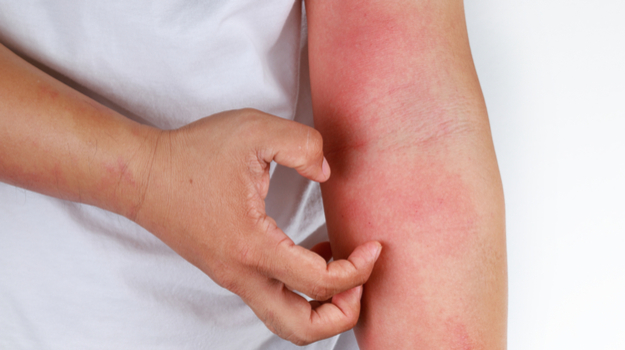 Shares of ASLAN Pharmaceuticals have skyrocketed in premarket trading after the company announced positive preliminary data in an atopic dermatitis study. The stock is up more than 83%, which followed a strong day of trading Friday when the stock shot up 64%.

This morning, Singapore-based ASLAN announced positive preliminary data from the lowest dose cohort of its ongoing multiple ascending dose (MAD) study of ASLAN004, which is aimed at moderate-to-severe atopic dermatitis. ASLAN004 is a first-in-class fully human monoclonal antibody that binds to the IL-13 receptor α1 subunit (IL-13Rα1), blocking signaling of two pro-inflammatory cytokines, IL-4 and IL-13. Both IL-4 and IL-13 are central to triggering symptoms of atopic dermatitis, such as redness and itching of the skin.

Atopic dermatitis is the most common dermatological disease, affecting over 200 million patients worldwide. Up to one-third of adult atopic dermatitis patients are considered moderate to severe.

As of Nov. 29, ASKAN said six patients in the double-blind study were treated with a 200mg dose, the lowest dosage in the study. Of those, three completed at least one month of dosing. In a review of unclean blinded data, the Eczema Area and Severity Index (EASI) scores of the three patients were reduced by 85%, 70% and 59% from baseline, the company said. Also, ASLAN said the EASI score continued to fall after four weeks and the company expects “maximal efficacy” at six to eight weeks. Si farm ASLAN004 has been well-tolerated with no serious adverse events or discontinuation of treatments.

Corresponding changes were seen in other measures of efficacy. The data monitoring committee will meet in late December, after which the second dose cohort is expected to open, the company said.

While the data from today’s announcement is early, Mark McHale, head of research and development at ASLAN, said the company was surprised at the positive results.

“…we had not anticipated to observe such pronounced improvements in patients enrolled into the lowest dose cohort. We look forward to the second dose cohort opening following the DMC meeting in December and further interim data in early 2020,” McHale said in a statement.

The study is expected to evaluate three different dose levels of ASLAN004, between 200mg and 600mg. The medication is delivered subcutaneously. Each of the cohorts will include six patients on ASLAN004 and two on placebo. Patients will be dosed weekly for eight weeks to determine safety and the maximal efficacy of ASLAN004. When this study is completed, ASLAN said it intends to follow-on with an expansion cohort of the most efficacious dose. The expansion cohort will include 12 patients on ASLAN004 and six on placebo. The study is expected to be completed in the second half of 2020. Interim results are expected in early 2020, the company noted.