Another Notch on the Belt as Ramaswamy Launches Genevant 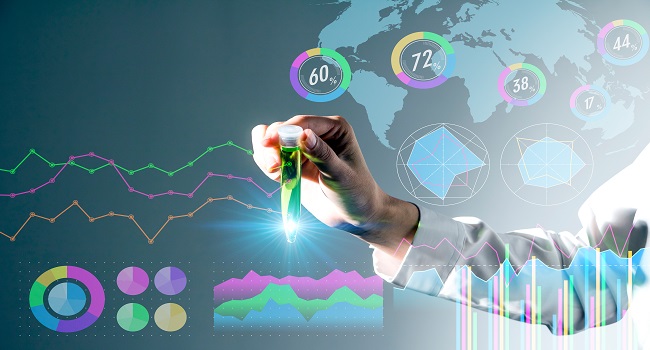 Biotech investor Vivek Ramaswamy has launched another company. This time his company, dubbed Genevant, will focus on the development of RNA-based therapies.

Genevant is the combined product of Ramaswamy’s Roivant Sciences and Canada-based Arbutus Biopharma Corporation. The two companies have teamed up to harness Arbutus’ proprietary lipid nanoparticle (LNP) and ligand conjugate delivery technologies to develop five to 10 product candidates across RNAi, mRNA, and gene editing modalities. Genevant has a goal of seeing those in-house developed products reach the clinic by 2020. What that pipeline will look like and what targets the company intends to take on were not disclosed in the announcement.

Ramaswamy serves as chairman of Arbutus’ board of directors. Last year Ramaswamy’s Roivant upped its stake in Arbutus by $116 million in support of that company’s hepatitis B program.

What makes this startup different than some of the other “Vant” companies founded by Ramaswamy is Genevant has not licensed a drug candidate that has been scrapped by another company. Under the leadership of Ramaswamy, Roivant has a unique approach to drug development. The company buys up drugs that have been abandoned by other companies for pennies on the dollar and tries to bring them new life.

Genevant will be helmed by Executive Chairman Paris Panayiotopoulos, the former chief executive officer of Ariad Pharmaceuticals. Panayiotopoulos led Ariad until its acquisition last year by Takeda Pharmaceuticals. Panayiotopoulos will be supported by Bo Rode Hansen, who was most recently global head of RNA Therapeutics at Roche. Hansen will join Genevant as president, chief scientific officer and head of R&D.  Ramaswamy has a history of bringing in seasoned industry veterans to launch his startups.

Genevant will be based in the biotech hotbed of Cambridge, Mass. The new company will also establish a research and development center in Burnaby, British Columbia with a team of core scientists from Arbutus who will join Genevant as part of the transaction. The team of Arbutus scientists has “decades of experience in developing RNA therapeutics and delivery technologies,” according to the announcement.

Genevant will launch with $37.5 million in seed capital from Roivant. The Swiss-based company said it is committed financially to support Genevant’s goal of having five to 10 assets in the clinic by 2020. As part of the deal, Arbutus will retain all rights to the LNP and conjugate delivery platforms related to its hepatitis B research. Arbutus will also retain its rights to potential royalties from commercialization of Alnylam’s RNAi therapeutic patisiran for the treatment of patients with hereditary ATTR amyloidosis with polyneuropathy, which could see regulatory approval as early as the second half of 2018.