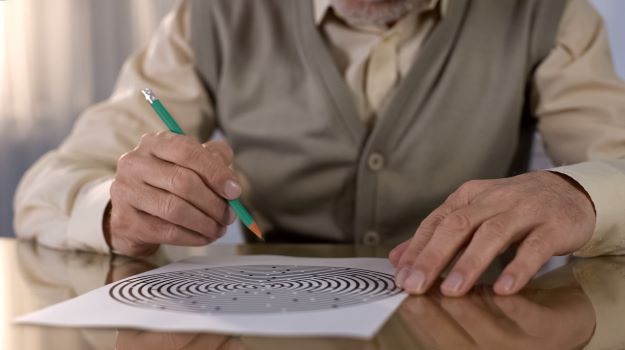 Preliminary data from Annovis Bio’s Phase II study of ANVS401 shows significant cognitive improvements in Alzheimer’s patients after only one month of treatment.

In contrast, data from Biogen regarding aducanumab claims to improve cognition by 1.4 points over 18 months. The U.S. Food and Drug Administration (FDA) determination regarding that therapy is anticipated within the next few weeks. Likewise, Cassava reported a 1.6-point improvement in ADAS-Cog11 over six months.

In Parkinson’s disease patients, there were statistically significant improvements in speed, coordination and motor function, and inflammation was markedly lowered. The trial specifically measured complement C3, YKL40, sTREM2 and GFAP. The improvements were statistically significant when patients were compared at day 0 and day 25, and when placebo-treated patients are compared to Posiphen-treated patients after 25 days.

Annovis Bio’s data was based on assessments of 14 patients with Alzheimer’s disease and 14 with Parkinson’s disease. As data comes in from the remaining 40 trial participants, it is expected to confirm these results and shed light on any subsequent improvements.

In developing this oral, small molecule therapy for Alzheimer’s and Parkinson’s diseases, Maria Maccecchini, Ph.D., CEO of Annovis Bio, told BioSpace, “I looked at how brain damage starts. That’s the reverse of the traditional pharmaceutical company approach,” which tends to focus on the manifestation of the condition.

“The brain is full of plaque, tangles and, in Parkinson’s disease, Lewy bodies, because the brain aggregates neurotoxic proteins that eventually kill nerve cells into these kinds of blobs,” Maccecchini said. “Pharma companies (generally) attack the blobs – the end stage of neurodegeneration. I care about preventing the cascade before this happens.”

For Annovis Bio, this means targeting neurotoxic proteins and reversing the toxic cascade they precipitate ANVS401 attacks beta amyloid, tau, and alpha-synuclein in the brain. “We don’t remove them, but we lower their levels before they become toxic.

As she explained, “When the brain is injured, neurotoxic proteins are elevated to fight the damage. For mild damage, they eventually go away. When there is too much damage, however, those proteins remain elevated and may become toxic.

“First, they impair axonal transport (the information highway of the nerve cell), which that causes inflammation and nerve cell death, leading to loss of function. We designed our study to reverse the toxic cascade and improve motor function in Parkinson’s disease and cognition in Alzheimer’s disease. The data we have obtained, in fact, shows that ANVS401 restores function in Alzheimer’s disease and Parkinson’s disease and reverses at least one step of the toxic cascade – inflammation.

“These neurotoxic proteins are conserved,” Maccecchini said. As they evolved and diverged, they retained one commonality. By targeting that commonality, ANVS401 can be very specific and interfere with these proteins’ translation. The fact that we see motor function and cognitive improvement shows that, we can stop this disease.”

A blindness model also was included. Results indicated that, “in fact, it protects the rats from going blind from glaucoma,” she said.

As Maccecchini said when announcing results from the Phase II studies for Alzheimer’s and Parkinson’s diseases, “We have shown that by lowering more than one neurotoxic protein, our drug reverses the toxic cascade that leads to nerve cell death and loss of function. We still have a lot of markers to measure in cerebrospinal fluid (CSF) and plasma. We expect all the markers to have been measured by July.”

Once data is finalized, Maccecchini plans to present the data to the FDA in preparation for launching two Phase III studies: in one Alzheimer’s disease and one in Parkinson’s disease.

The company selected this indication for study because it addressed an unmet need and offered the potential for a small trial that could present meaningful results relatively quickly and with a smaller number of participants, and thus obtain additional data support the main programs.