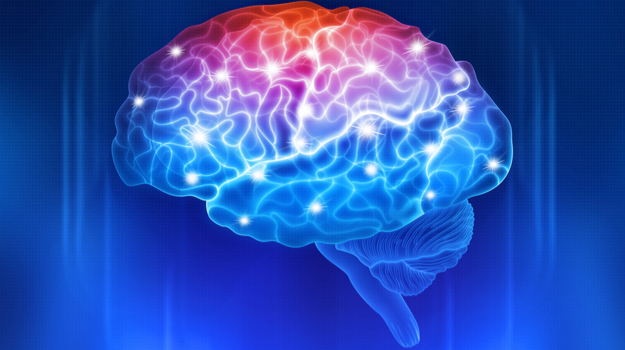 AMO Pharma, a British biopharmaceutical company, is targeting a pathway most often associated with cancer to treat people with genetic encephalopathy (GE). The company’s most advanced trial, which is about to begin Phase III for Phelan-McDermid syndrome (once COVID-19 restrictions end), has the potential to restore normal brain function so individuals (typically children) can to learn at normal rates.

This is an underserved therapeutic area. If successful, the therapy – a RAS inhibitor dubbed AMO-01 – may also apply to other genetic-based central nervous system disorders, including epilepsy and autism.

Research shows that in cancerous tumors, the ERK signaling pathway within the body’s cells is dysregulated. Usually this is because of mutations in the RAS or BRAF genes. The ERK signaling pathway also plays a critical role in synapse elasticity, enabling synapses to strengthen or weaken over time. Correlating the two led AMO to believe the ERK cascade may play a role in neurodevelopment.

“Every cell is constantly receiving information in the form of hormones or neurochemical messages that are hitting receptors. The cell needs to respond. If, for example, the skin is scratched, the message is ‘divide and heal the wound.’ That message hits the surface of the cell and is transmitted to the genes within the cell through many systems, including the RAS/ERK parhway,” Dr. Snape explained.

“In the brain, however, the cells don’t divide. They make new synapses. When information arrives – a bell rings and food arrives, for instance – a new synapse is made that codes the association between the two, so the RAS/ERK pathway is extremely important.

“The problem is that if the RAS/ERK system becomes overactive, it makes too many cells – i.e., a tumor. In the brain, control of synapses is lost. So, if the synapses are going haywire, they can’t code information properly and the person can’t learn.”

Therefore, AMO posed some questions: “What would happen if a drug that helped reduce tumor formation in the body could penetrate the brain? Would it alleviate the synapse problem and allow learning to occur?”

Most of the drugs that address the RAS/ERK pathway do not penetrate the brain, but AMO found a Canadian company with a drug that was “almost preferentially absorbed in the brain,” Dr. Snape said.

That company was acquired by another and the drug was put on the shelf, so AMO approached and asked to license it.

Then AMO researchers administered a single dose to transgenic mice engineered to recreate these genetic lesions in Phelan-McDermid syndrome. The results were dramatic.

Because new synapses form in about three minutes, researchers knew within hours that the compound was working.

“It went everywhere in the brain, normalizing all the functions,” Dr. Snape said.

AMO worked with an outside lab to test the mice for cognitive and social problems. All were normalized. Ten days later, they remained normal, even though the drug had been cleared from the body.

“The analogy – albeit a crude one – is that we sent their synapses into remission so that after the drug disappeared from the body, the functional capacity of the synapse lived on,” Dr. Snape said. Other researchers are reporting similar, semi-persistent effects. None-the-less, “We were very surprised the effects were so pronounced.

“This isn’t like blocking seizures for a human with epilepsy. AMO-01 corrects a fundamental part of the biology for at least a period of time,” Dr. Snape said.

How long the effects last remain to be determined, but it could result in a monthly treatment for some genetic conditions.

Developing a drug to form new synapses and enable learning is a different – and at least for now, better – approach than gene therapy.

“In an ideal world, gene therapy would be a perfect solution,” Dr. Snape said, but gene therapy comes with serious concerns.

“Even if a gene therapy was directly injected into the brain, it would reach only about 5% of the neurons, and you need to impact them all,” he said. The other issue is that inserting a gene into the brain to compensate for a missing or mutated gene may introduce the same problem or a similar one. “Ultimately this will be solved, but it’s an elastic time period.”

Meanwhile, AMO’s Phase II clinical trial is underway. The 10-patient study is being conducted at Mt. Sinai (one of the leading institute for the treatment of Phelan-McDermid syndrome) and Texas Children’s Hospital (a Leapfrog Top Hospital). After a six-hour infusion of AMO-01, the study follows individuals diagnosed with Phelan-McDermid syndrome and epilepsy, and who have genetic conformation of the deletion or mutation of the SHANK3 gene, to determine how long the effects of AMO persist.

“A Phase IIa readout is the next milestone,” Dr. Snape said. He is hopeful it will occur by year’s end. A Phase III study was put on hold because of mandatory stay-at-home orders in the U.K. and U.S.