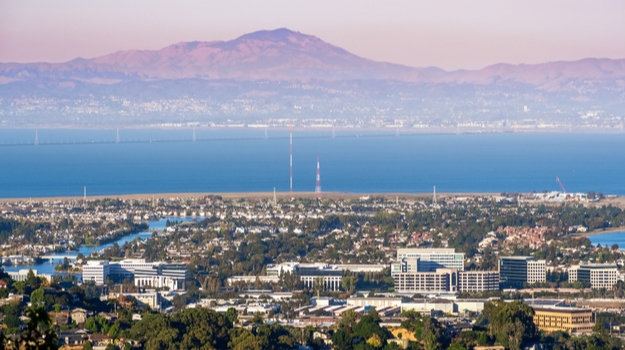 Plans are moving forward for another Bay Area biotech campus. Alexandria Real Estate Equities is transforming a chunk of property in San Carlos into a 1.6 million-square-foot biotech campus.

According to the San Francisco Business Times, the real estate development company submitted plans for its proposed biotech campus. The site in question includes multiple office buildings, including the former corporate headquarters of Kelly-Moore Paints. Most of the buildings on the swath of property are decades old. Alexandria Real Estate Equities intends to turn the space into six new buildings, each about five to seven floors for biotech companies to use. In addition to the buildings, the site will also include an amenities structure, parking garages and a small park, according to the Business Times.

The new biotech park will be opposite an ongoing construction project initiated by Alexandria. The developer is building two structures with a total of 526,178 square feet and has already secured ChemoCentryx, Inc. as a tenant. The company is expected to take over 96,000 square feet when the site is expected to come online in 2020.

Full details of the full site have not been released. Al Savay, community and economic development director for San Carlos, said the city is expected to meet with the developers over the next few weeks to learn more detail, the Times added.

Earlier this year, Alexandria pushed deeper into the Seattle market with the construction of a 2.86-acre site that will include Adaptive Biotechnologies Corporation as one of its key tenants there. The new campus, called the Mercer Mega Block, will be the home to 740,000 square feet of office and lab space. As BioSpace reported at the time, Alexandria also pledged to build an affordable housing tower on one of the sites with a least 175 units. There will also be space for a city-run 30,000 square-foot community center.