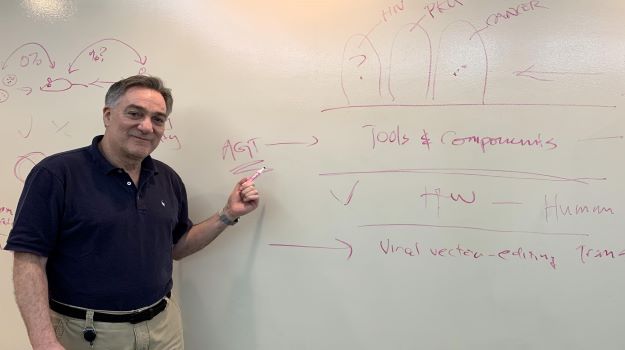 The rapid growth of biopharma is causing a shift to a new paradigm for the drug development and delivery model. In the same manner that the personal computing industry grew and developed business models that fit the way products were sourced, constructed and delivered, a business model for biopharma is taking shape.

Jeff Galvin, CEO of American Gene Technologies (AGT), had 30 years of business and entrepreneurial experience in Silicon Valley during the formative years of the personal computing and internet era. He left retirement as an Angel Investor in real estate and high tech in 2008 to found AGT and lead it in developing a bank for Lentiviral vectors with different characteristics for use with its gene delivery platform.

The use of these vectors with this platform will save time and money in drug development, Galvin said as he shared his vision for the biopharma industry with BioSpace.

The Personal Computing Industry as a Model

In the early days of the personal computing industry, a computer company was responsible for its product from start to finish. This could not only include hardware and software but peripherals as well. As the industry grew and matured, Galvin explained, other industries grew up around the personal computer industry. These were not mere opportunities to outsource; these were companies acting with their own plans and interests in mind. The result of this was the development of software by vendors having no more to do with a computer manufacturer than the ability to code in a language that the computer would recognize.

This autonomy made it possible for companies to specialize in certain types of software, even to the point of supporting one specific app. The need to save data and put new software onto a computer led to an industry based on physical storage media. As computer technology grew, the precise product - floppy to CD and onward - evolved. Over time, it has led to cloud-based computing in which the software no longer comes on a physical medium, says Galvin. This uncoupling of software and peripherals from the computer hardware itself has given rise to exponential growth in applications and the ability to use computers to solve myriad problems.

Similarly, as the gene and cell therapy industries grow, companies that specialize in one aspect of the drug development process or in one application will be able to focus on that one part. As long as what is developed will work with the human body, genes and cell therapy can be used to alter the DNA. For AGT, this means collaborating with researchers who are looking for a delivery system for the innovative treatments they develop.

Galvin explains, “AGT’s platform is a broad set of reusable components and fundamental innovations on the use of any or all viral vectors to reliably deliver genetic changes to cells that are safe, predictable, and that maintain therapeutic expression for the duration necessary for the “mission” of mitigating the disease state.” The viral vectors are the “diskettes” that carry the “software updates” to your DNA, the “operating system,” of your “organic computer,” aka the human cell. Rather than machines and code, AGT delivery platform makes it possible to use the human body and its genes to treat disease.

AGT began with lentiviruses because, Galvin explains, “it happens to be what we believed was the right vector delivery on our three lead programs of HIV, phenylketonuria (PKU), and cancer. This was because the lentivirus matched the attributes we were looking for in terms of “cargo space for genetic constructs.”

With the ability to deliver the genes needed to modify specific cells types or tissue, AGT is able to provide this capability for a range of therapies. Currently, AGT is working to cure HIV through the use of its lentivirus delivery platform. With a viral vector as the diskette used to load the genetic construct into that vector as the software, the virus will do the work of delivering the critical change to a cell.

AGT views itself as a “vector agnostic” delivery company, Galvin explained. In the future, they will work with whichever delivery vector is needed. As delivery vectors improve, AGT will have the capability of combining more of their components on a single vector, resulting in the opportunity to address increasingly complex diseases.

“We will look to partners that pioneer new methods of modifying DNA in cells (even CRISPR when it becomes as reliable and safe as lentivirus), and we will continue to revise and optimize our drugs to utilize the capabilities that those partners develop,” Galvin said.

To date, AGT has seen that “each time we start a new drug, we find that our previous R&D yielded components and techniques that provide a base, the starting point, that is up to 80% of the next drug candidate,” Galvin said.

This efficiency is AGT’s strategy for remaining competitive in this disruptive industry. It is also necessary if the benefits of the gene and cell therapy revolution are to achieve the reductions in cost necessary to reach the greatest number of patients in need.

Galvin believes the evolution of the gene and cell therapy technology and industry will track closely with the evolution of the computer industry. His vision is an encouraging one for the rest of us. If the comparison holds, we’ll see that as companies find their place in the industry and hone their offering, the advances to be made will be rapid and significant. The result will be improved treatments, along with treatments for diseases that are currently considered incurable.