Aging in Waves: New Findings on Aging-Related Proteins in the Blood 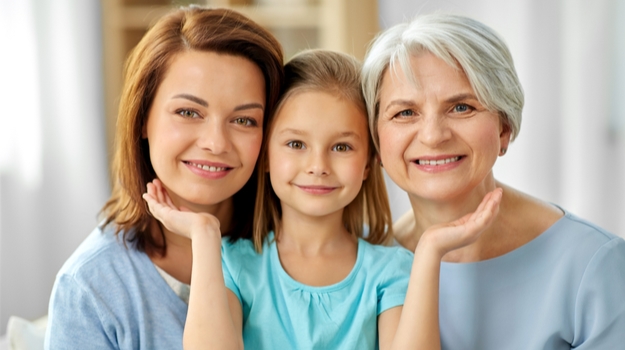 In an effort to understand aging, researchers from Stanford University and colleagues around the world analyzed almost 3,000 proteins in the blood of more than 4,000 people ages 18 to 94. They published their research in the journal Nature Medicine.

“When we went into this, we assumed you aged gradually, so we would see these changes taking place relatively steadily as individuals get older,” said Tony Wyss-Coray, professor of neurology at Stanford University, senior author of the study.

That isn’t what they found, however. They found that the proteins appear to change in three distinct waves, with the first occurring during our 30s, peaking around age 34.

“Then we found a second wave around 60, and then we found a third one, the most prominent one, really around 80 years of age,” Wyss-Coray said.

The researchers are dubbing this a “proteomic clock,” that somewhat accurately predicts an individual’s age.

One of the reasons for the research was the insight that by placing the blood of younger mice into older mice, the older mice appeared to grow younger—the reverse happened, too—the blood from older mice aged younger mice. So, what’s in the blood of different-aged animals (including people) that is making these changes for better or worse?

Another fact Wyss-Coray and his team knew was that in the blood proteins of people with Alzheimer’s disease, the biggest differences weren’t between Alzheimer’s patients and healthy people of the same age, but between people of different ages.

The researchers winnowed the thousands of proteins they were looking at down to 373 whose levels appeared to be predictive of age.

Wyss-Coray notes that most of the proteins found in the blood derive from other tissues. “So we can start to ask where … these proteins come from and if they change with age.”

For example, proteins that trace back to the liver would suggest the liver is aging. Or if they derive from the kidney, the kidney is aging. Wyss-Coray hopes to eventually be able to analyze blood protein patterns to create a personalized aging clock “where I can tell you, based on the composition of your blood, your kidney seems to be aging faster than it should.”

And perhaps, if enough information is found, similar to the mouse aging experiments, it might be possible to isolate proteins that contribute to the effect—preferably the one that keeps you young, not makes you old.

Some companies went into the business of selling blood transfusion plasma from young people as an anti-aging potion. The U.S. Food and Drug Administration (FDA), in February 2019, issued warnings to consumers and health care providers against this, pointing out that the FDA did not test these in order to confirm therapeutic benefit or safety.

“We strongly discourage consumers from pursuing this therapy outside of clinical trials under appropriate institutional review board and regulatory oversight,” the agency said in a statement from then-Commissioner Scott Gottlieb.

Gottlieb added, “Our concerns regarding treatments using plasma from young donors are heightened by the fact that there is no compelling clinical evidence on its efficacy, nor is there information on appropriate dosing for treatment of the conditions for which these products are being advertised. Plasma is not FDA-recognized or approved to treat conditions such as normal aging or memory loss, or other diseases like Alzheimer’s or Parkinson’s disease.”

The agency warned of possible risks of infectious, allergic, respiratory and cardiovascular problems from the treatments.

Meanwhile, groups like Wyss-Coray’s and others are attempting to identify which proteins are most effective and whether the proteins themselves are active in staying young or just markers of something else.

Irina Conboy, a researcher at the University of California, Berkeley, published research in the journal Aging in August 2019, that analyzed a protein known as TGF-beta, which is associated with aging. Her experiments in laboratory mice hint that by blocking TGF-beta, aging effects can be slowed.

Wyss-Coray has founded a biotech company, Alkahest, that is researching blood plasma infusions in Alzheimer’s disease, as well as other applications of blood plasma infusions. At the recent 12th Clinical Trials on Alzheimer’s Disease conference the company gave an oral presentation of Phase II trial of GRF6019 in mild-to-moderate Alzheimer’s disease. The Phase IIa trial was completed and patients were randomized and treated with 100mL or 250mL of GRF6019 for five days during Week 1 and again for five consecutive days until Week 13 with a treatment-free interval of 11 weeks after each dose.

GRF6019 and another of its products, GRF6021, are proprietary plasma fractions developed and provided by Grifols. In animal models the plasma fractions improved neurogenesis as well as age-related learning and memory deficits. They also decreased neuroinflammation.

Toshiko Tanaka, an investigator at the National Institute on Aging was the lead author of a study published in 2018 that leveraged similar techniques and also found proteins associated with aging. “One of the great things about these advancements,” she told NPR, is it’s becoming a lot cheaper to measure a lot of these molecules, so bigger studies and more studies can assess the same proteins.”

At this time, the research is a way off from specifically identifying proteins associated with aging, but it’s a very good first step.

Paola Sebastiani, a biostatistician at Boston University who has also conducted research on aging and blood proteins, told NPR that, “For a long time we have focused, in the field of healthy aging, on genetics.”

However, we generally can’t modify genes—although gene therapies and genome editing techniques such as CRISPR are starting to do just that. Sebastiani points out that one of the interesting aspects of these blood proteins is they can be inhibited or blocked or modified using a variety of biochemical and small molecule process that theoretically be used to improve health and slow the aging process.