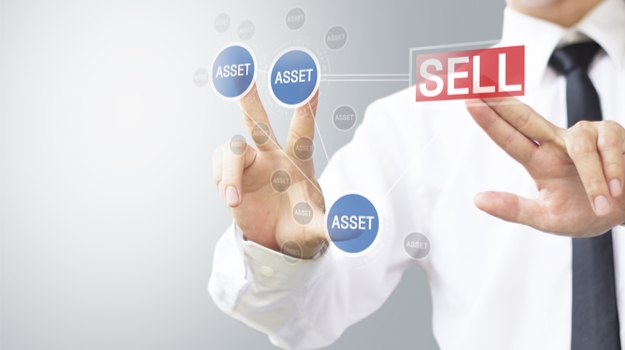 As AbbVie and Allergan near completion of the $63 billion merger, the two companies are shedding some assets in order to meet demands of regulators over concerns of a monopoly.

This morning, AbbVie and Allergan announced plans to divest two assets, one to AstraZeneca and one to Nestle. U.K.-based AstraZeneca will regain the global rights to brazikumab, an investigational IL-23 inhibitor currently in Phase IIb/II development for Crohn's Disease and in Phase II development for ulcerative colitis. The two companies have terminated their existing licensing agreement ahead of the merger, which brings all rights back to AstraZeneca.

“We’re pleased to bring brazikumab back into the AstraZeneca pipeline. With our expanding presence in immunology, there is an opportunity to address a significant unmet need in inflammatory bowel diseases where the majority of patients are unable to achieve clinical remission with current treatment options,” Mene Pangalos, head of BioPharmaceuticals R&D at AstraZeneca said in a statement.

Nestle will acquire Zenpep (pancrelipase), a treatment for exocrine pancreatic insufficiency due to cystic fibrosis and other conditions. Nestle will also acquire Viokace, another pancreatic enzyme preparation, as part of the same transaction, the companies said. Greg Behar, chief executive officer of Nestlé Health Science, said that the acquisition of Zenpep is a strategic decision that will enhance the company’s growing medical nutrition portfolio.

“This is a significant opportunity for our business in the United States to add a complementary product to our existing range of nutrition products that support food ingestion, digestion and absorption. We have extensive experience in Zenpep's therapeutic areas of digestive diseases through our medical nutrition business and will leverage those capabilities as we grow this new business,” Behar said in a statement.

Financial details of the divestiture were not disclosed in the announcement, but analysts told Reuters that the sale is worth more than $1 billion. Zenpep, the asset acquired by Switzerland-based Nestle, had sales of $237 million in 2018, Reuters noted.

Richard A. Gonzales, chairman and chief executive officer of AbbVie, said the agreements with Nestle and AstraZeneca represent a “significant progress” toward the completion of the company’s acquisition of Allergan, which he had described as “transformational” when the deal was first announced in June 2019. The combined companies will have several strong franchises across immunology, hematologic oncology, medical aesthetics, neuroscience, women's health, eye care and virology. Gonzales said the combined companies will be “well-positioned” to continue providing a broad portfolio of innovative therapies to patients.

The closings of the acquisitions of brazikumab and Zenpep are contingent upon receipt of U.S. Federal Trade Commission and European Commission approval, closing of AbbVie's pending acquisition of Allergan and the satisfaction of other customary closing conditions, the companies said. On Jan. 10, AbbVie and Allergan received conditional approval of the transaction by the European Commission, subject to the approved divestiture of brazikumab and other conditions. The merger is expected to be finalized sometime in the first quarter of 2020.

Selling off assets to meet regulatory demands ahead of the merger of companies of significant size is not uncommon. Before merging with Bristol-Myers Squibb, Celgene sold off its psoriasis and psoriatic arthritis drug Otezla to Amgen for $13.4 billion.

"Today, we move another step closer to completing AbbVie's acquisition of Allergan. Allergan's commercial and R&D teams have invested so much of themselves into the development of brazikumab and the commercialization of Zenpep, and these divestiture agreements will enable that work to continue following the close of our planned acquisition," said Brent Saunders, chairman and CEO of Allergan.

Earlier this month, AbbVie and Allergan announced plans or a new, stand-alone company called Allergan Aesthetics that will include Allergan’s blockbuster aesthetics treatment Botox as a tent pole.