A Timeline of COVID-19 Vaccine Development 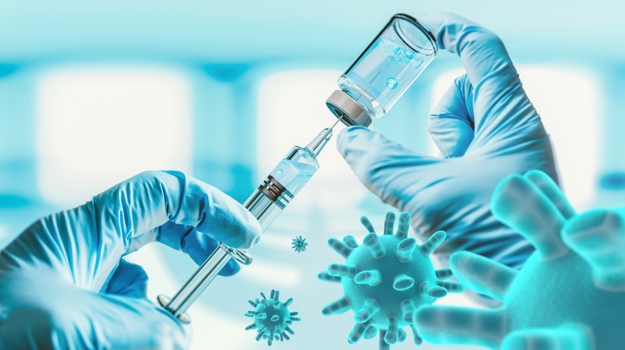 You will get comprehensive knowledge about how COVID-19 vaccine development was so fast.

When the SARS-CoV-2 virus responsible for the current COVID-19 pandemic arose in the Wuhan region of China at the end of 2019, no one could have predicted what was to come. By January 2020, China took unprecedented lockdown measures affecting almost a billion people. When even that failed to contain the virus, the status of COVID-19 as a world-upending pandemic had all been but cemented.

The arrival of the COVID-19 pandemic to Europe and North America by February 2020 was followed by similar lockdowns across the Western world, with varying degrees of restrictions achieving different degrees of success in reigning in the virus. To many in the scientific and medical communities, it quickly became apparent that a post-COVID-19 world would certainly involve some sort of immunization program. A significant hurdle to achieving this, though, is that the fastest a vaccine has ever been developed, the mumps vaccine in 1967, took 4 years.

Vaccine development is an arduous process, taking about 10-15 years on average to accomplish. But with the imminent worries surrounding the COVID-19 pandemic putting unprecedented pressure on our healthcare systems and economies, unprecedented measures needed to be put in place. That’s why, through a series of announcements beginning on March 30th, the U.S. Department of Health & Human Services (HHS) started a program they coined “Operation Warp Speed,” (OWS) in an attempt to expedite a COVID-19 vaccine.

The crucial piece of OWS, beyond allocating hefty funds for vaccine development and research, was that it fundamentally changed how pharmaceutical and biotechnology companies assess the risk of conducting large-scale clinical trials on a brand-new vaccine. This was achieved through the HHS building the requisite infrastructure and guaranteeing the manufacturing of any successful vaccine candidates. They also purchased allotments of the vaccines prior to knowing whether any of the OWS-funded companies would be successful.

Since putting a large number of resources into the manufacturing of millions—if not billions—of doses of a vaccine that is still in the infancy of its development would be a non-starter for any viable pharmaceutical company, the HHS making the decision to substantially de-risk this process in order to expedite the development of candidate vaccines proved to be a game-changer.

As many people were preoccupied with bearing the brunt of the first wave in North America, COVID-19 vaccine development quickly began. Traditionally, immunization is achieved by using deactivated viruses, or by using a live attenuated virus that has been grown in culture to make it far less virulent. Once inoculated with vaccines based on either of these approaches, our own B cells synthesize and store antibodies against the proteins expressed on the surfaces of viral capsules in order to mount an adaptive immune response in the event that we encounter a live version of the virus. However, there are some safety concerns with this approach for COVID-19, given the short time constraint and that side-effects from live attenuated viruses can take time to onset.

Given the safety concerns, two companies, namely Moderna and Pfizer—the latter of whom did not participate in OWS but rather took funds from a similar German government program—decided to pursue a long-theorized but yet to be realized vaccine technology. This technology, known as mRNA vaccines, take a slightly altered approach to vaccination protocols. Instead of inoculating people with a whole—but altered—virus for which antibodies will be created against, they instead encode a messenger RNA (mRNA) with the information to produce the SARS-CoV-2 spike protein. Using the ribosomes in our cells, just like the virus does, these mRNAs will be translated into an excretable version of the spike protein.

The advantage and challenge of using mRNA is that RNA molecules are inherently unstable in our bodies. This means that effective delivery of the mRNA will be a critical problem to solve but the instability could also mean that any side-effects of the vaccine are largely acute and display relatively rapid onset. Since the spike protein is obviously foreign to our bodies and is abundant on the surface of the virus—as it is required to gain entry into host cells—this makes is an excellent target for memory B cells to produce antibodies against.

By mid-summer, Moderna and Pfizer had established themselves as the leaders in the race of vaccine development by developing a COVID-19 vaccine. Both companies were also the only to take the mRNA vaccine approach, publishing initial Phase I/II clinical trial data on July 14th for Moderna, and on August 12th for Pfizer. Although sample sizes were small—as they typically are in early phase clinical trials—the results demonstrated promising safety measures and antibody production against the spike protein from those who got the vaccine.

During this timeframe, both companies also published promising efficacy data in non-human primate models. Both the Moderna and the Pfizer vaccines proved to be effective against infection in the vaccinated animals, allowing them to mount substantial CD4+ T-cell responses against the virus and preventing viral replication in the nose.

Given these promising results during vaccine development, Phase III trials immediately began enrollment, with Moderna focusing their efforts within the U.S. and Pfizer taking a more global approach. Between the two trials, more than 70,000 people were enrolled to receive either a placebo or a real vaccine and were subsequently sent out into the real world where their COVID-19 status was monitored for approximately 10 weeks, with the hope the results would be available before the year’s end.

If there is one benefit to the extremely infectious nature of this disease, it’s that we could expect enough people in the trial to get COVID-19 just by going about their daily lives in order to deduce the efficacy of the vaccine in a relatively brief timeframe. This happened to be the case, where beginning in early November, both Moderna and Pfizer began to release results that seemed to far exceed many people’s expectations.

In Pfizer’s Phase III trial, there were 170 total confirmed cases of COVID-19, with 162 of them occurring in the placebo arm. That’s an efficacy rate of approximately 95%. Furthermore, they reported an extremely low number (>2%) of adverse events, with none of them requiring immediate or critical medical attention.

Similarly, Moderna’s efficacy rate was approximately 95%, where the number of symptomatic COVID-19 cases in the treatment arm of the trial was only 11 compared to the 185 cases in the placebo arm. Perhaps even more impressively, while 30 of the 185 cases in the placebo arm developed into a severe case of COVID-19 requiring hospitalization, zero such cases were found in the vaccine arm. These results suggest not only that Moderna’s vaccine development process is effective and is protective against infection. But also that it is potentially protective against developing severe cases of the disease.

Both Pfizer and Moderna have taken these results to the U.S. Food and Drug Administration (FDA) for Emergency Use Authorization (EUA). If the data the companies provide hold up to FDA scrutiny, the authorization will almost certainly be awarded, which would mean that doses of the vaccine would be available for use 24-72 hours after FDA approval. Moderna hopes to have 20 million doses available by the end of 2020, with Pfizer saying that 50 million doses of their vaccine will be available globally by then.

If this is the case, both companies will have developed and distributed a safe and effective vaccines for COVID-19 in less than a quarter of the time it took to achieve the same for mumps—the previous record holder. This, on its own, is a magnificent triumph for the global healthcare research community.