A Comprehensive Guide to Success for Women in the Life Sciences 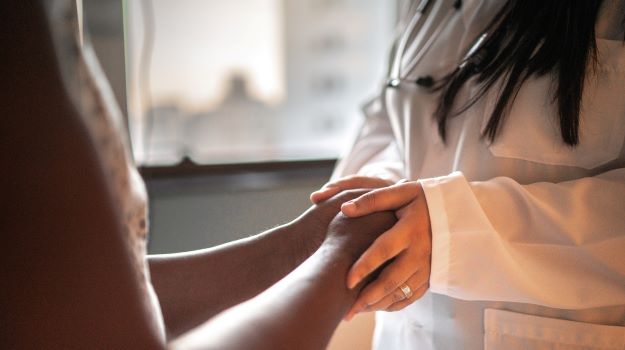 Saundra Pelletier, Chief Executive Officer of Evofem Biosciences, is a leader in the biotech industry who works to help other women reach their goals.

BioSpace spoke with her to discuss the realities of being a woman in biotech, find out the career moves that propelled her forward and learn how other women can do the same.

A Focus on Improving Women’s Quality of Life

Growing up in poverty in the small city of Caribou, Maine, Pelletier said she watched the women in her community struggle to manage the dual responsibilities of their jobs and families. Her mother and her friends finished work, then came home to cook, clean and care for their children.

“I knew that whatever I was going to do in my life, I wanted to figure out a way to improve women’s quality of life,” Pelletier said.

She marks getting out of her hometown to make a better life for herself as one of her greatest accomplishments.

Though Pelletier didn’t originally plan to get into biotech, she jumped on the opportunity when it presented itself. “I really believe that I have been driven to biotech so that I could give women better choices - not just something similar to what already exists, but something that's really unique and different to help women's lives.”

Evofem’s Phexxi is a hormone-free birth control gel that women can use on demand. Pelletier said that getting the product onto the market is her proudest career highlight.

“Phexxi is the first innovation in contraception in decades. It empowered women to have sex on demand, just like men have been for 150 years,” she said.

Pelletier highlighted two other important personal accomplishments: raising her son to be a feminist and beating cancer. “I was diagnosed with very aggressive late-stage cancer in 2018. I had no family history and no genetic predisposition. I’m not just a survivor - I'm a thriver.”

Self-Promotion as a Key to Success

As for the actions that contributed most significantly to her success, the executive put self-promotion at the top of the list. She realized early on that if she wanted to move upward, she would have to advocate for herself.

Rather than waiting for someone else to recognize her potential, she considered what contributions she could bring to the table, how she could add value to the company and how she could deliver results.

“I think a lot of people, especially women, cringe when you talk about self-promotion because they think it's egocentric.” In the end, however, Pelletier says that the main point of self-promotion is to be deliberate about showing others that your work is important and that you matter.

“Self-promotion was a game-changer for me, and it has been throughout my entire career.”

How to Vocalize Your Career Goals to a Superior

In order to move your career forward, Pelletier pointed out that you have to vocalize the things that you want to higher-ups. After missing out on a promotion because she didn’t express interest, she was determined to never let it happen again. “People aren't mind readers. How can they know what your aspirations are if you don’t tell them?”

The executive suggests finding an approachable way to discuss your aspirations with superiors. “It is vulnerable, but humble to put the elephant on the table,” she explained.

Even if it isn’t time for an annual review, the first step is to plan the conversation. It’s important that the dialogue doesn’t just happen off the cuff. The goal of the meeting is to point out in a non-threatening way that you’re not willing to be overlooked.

She recommends planning what you’re going to say in advance with a clear beginning and a clear end, then rehearsing it three times. “You rehearse the conversation three times to work out the kinks. Then, it will come across as seamless and authentic.” Even if you’re nervous during the actual meeting, the rehearsal will help you keep your footing.

She also suggested kicking off the conversation with gratitude, thanking your boss for taking the time to meet. Then, communicate in simple words how important your role is to you, and that you believe your contributions matter.

It’s important to be clear that your goal is to advance in the company, and that you’d also like to be deserving of it. You can talk about your efforts to exceed expectations, then ask your boss for any insight they may have on the subject.

For instance, Pelletier proposed saying something like, “I really value my contributions here, and I hope if for any reason you don't, that you will let me know.”

To finish, let them know that when an opportunity arises, you want to take on more challenges. “If the opportunity presents itself, I would love to be on your shortlist to take new opportunities and move my career forward,” Pelletier said as an example. This kind of initiative, she said, shows that you’re not willing to be overlooked.

Even as CEO, Pelletier said she still experiences “a high level of sexism, chauvinism and misogyny.” At the same time, women are noticing that it’s not enough to get to the top to help other women in their own organizations alone.

“We have to do more. We have to outreach. Not only do we have to hire more women in our own organizations, but we need to be very, very vocal about mentoring women.”

She also said it’s important to remind men that they too should lean in and make the extra effort, stating, "Strong women don't have attitudes. They have standards.” Despite the obstacles and the old-school mindset that still hasn’t gone away, Pelletier says that the strong women she knows are doing their part to help other women.

She agreed without question that being in a leadership position has expanded her accessibility to opportunities in the biotech industry. "The higher you go and the more access you get, the easier it is.”

She also said that for women in particular, the more you advance, the easier it is to have “the kind of work-life balance that people talk about in a mystical way.”

Because of this, she recommends that young women move up as high as they can as quickly as possible. “You should move at the speed of light. Try to put your name in the hat for every promotion you can, because then you can better impact other women like yourself.”

To women just starting out, Pelletier says to be as fanatical as you can, and that being a team player and stepping out of your comfort zone is key at the beginning. “Say yes to everything. Show up early, stay late, and over-deliver. Look at every opportunity.”

Thoughtfulness is another standout trait that she said shouldn’t be overlooked. Sending celebratory messages for birthdays or exciting promotions and going out of your way to remember little details about your colleagues can go a long way, Pelletier assures. “I have gotten so far and have been still remembered by little things.”

Looking Towards the Future

Pelletier’s next big goal is written down in multiple places: she wants more female investors on her team. “I want 50% of my shareholders to be women at all levels,” she said.

Bringing a pharmaceutical prescription product to market is a grueling process, and she wants the public to know that the company is working “for the benefit of shareholders and women at the same time.”

Pelletier believes that there are particular moments in time when categories are forever changed. “Evofem has brought innovation to an old, tired category of birth control. People should open their eyes to the idea that it is time for women to have the advancements in contraception.”

On top of this, she believes that rather than being toxic or arduous for women, contraception should be joyful and pleasurable. “I think that this category is going to change forever, and I really believe that we're going to be the catalyst for it.”