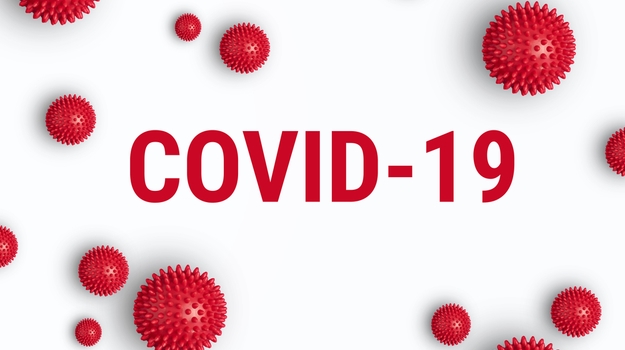 There's a huge need to put efforts to tackle the COVID19 so that fatality remains in limit compared to Swine Flu Pandemic.

It may be instructional to look at the last major pandemic, the H1N1 influenza pandemic (swine flu pandemic) of 2009. This was caused by a virus from a different family of viruses than the current coronavirus outbreak. The coronavirus is a new, novel coronavirus that appears to have originated from bats before making the jump to humans. The “novel” part is important in that no one has been exposed to this specific virus before, meaning no one has built up immunity to it.

COVID-19 is not influenza, although it behaves in some ways like influenza. It is, instead, more accurately called a highly contagious viral pneumonia. In mild cases it results in few if any symptoms, such as cough and mild fever. In severe cases, it results in life-threatening pneumonia that can be fatal, particularly in the elderly, immunocompromised and individuals with underlying medical conditions such as heart disease, lung disease and diabetes.

The virus in the 2009 pandemic is considered to be quite different from the typical H1N1 swine flu pandemic viruses that were circulating at the time. Dubbed (H1N1)pdm09, very few young people had existing immunity to it, but about one-third of people over 60 years of age had antibodies against it, probably from exposure to other, older H1N1 viruses at some time in their lives.

This also meant that vaccinations for seasonal influenza offered very little protection against it. A vaccine for the swine flu pandemic (H1N1), pdm09 was manufactured, but was not available in significant quantities until late November, well after the peak of the illness in the second wave of the disease and finished in the U.S.

This is a useful reminder as well. Despite the launch of several clinical trials of vaccines against COVID-19, the most optimistic timelines don’t have one commercially available for at least 12 months and possibly longer.

It’s also worth noting that no one knows if the “seasonality” seen in influenza outbreaks applies to the coronavirus. Even in influenza, seasonality is not a well-understood phenomenon.

The 2009 H1N1 swine flu pandemic originated in the United States before spreading around the world, according to the U.S. Centers for Disease Control and Prevention (CDC). A later study suggested it was first diagnosed in humans in Mexico. The CDC estimated that from April 12, 2009 to April 10, 2010, there were 60.8 million H1N1 cases, with 274,304 hospitalizations and 12,469 deaths in the U.S. alone. They also estimate that worldwide, 151,700 to 575,400 people died from (H1N1)pdm09 during the first year. Unusually, about 80% of the deaths were in people younger than 65 years of age.

The CDC notes, “This differs greatly from typical seasonal influenza epidemics, during which about 70% to 90% of deaths are estimated to occur in people 65 years and older.”

The CDC also points out that although the 2009 swine flu pandemic mostly affected children and young and middle-aged adults, the global impact was less severe than earlier pandemics. For example, previous pandemic mortality rates (percentage of people who died from the disease globally) were:

It’s early in the COVID-19 pandemic to really get an accurate sense of the fatality rate and compare it to the swine flu pandemic. One estimate by a group of infectious disease experts cites 1.4% in people who have symptoms. This is largely based on the city of Wuhan, China, where the pandemic originated. However, many experts believe that rate is high because it took a while for health authorities to understand what was happening. For example, epidemiologist Jeffrey Shaman of the Mailman School of Public Health at Columbia University conducted a study on Wuhan and projected that in the early stages of the disease, as few as 14% of people in Wuhan were detected.

“I think there are many more than the [nearly] 70,000” confirmed COVID-19 cases in Hubei province, he told reporters. And by that estimate, the actual fatality rate would likely be much lower. Earlier estimates were 2% to 3%, with higher rates of almost 4%. Seasonal flu is about 0.1%.

Another aspect of that is that outside of Wuhan, the death rate in China was about 0.7%, or less than 1 fatality per 100 cases. Also, as the first country to deal with COVID-19, China exemplified a problem that is still ongoing, but less so—they had to figure out how to best treat the disease. And by the time people were showing up in hospitals—and quickly overwhelming them—they already had severe disease.

Although it is not unusual in pandemics, over time, the fatality rate of COVID-19 has steadily decreased, the same as it happened during the swine flu pandemic. For example, according to the China CDC study, in patients whose symptoms began between January 1, 2020 and January 10, 2020, the fatality rate was an astonishing 15.6%. But in the patients who didn’t report illness until February 1 to February 11, in China, it was 0.8%.

Of concern is how hard Italy is being hit, with 31,506 confirmed cases and 2,503 deaths. South Korea implemented sweeping and rapid testing and government response and has 8,320 confirmed cases, but only 81 deaths. Two theories for why Italy is being hit so hard hinge on two things: it has the second-oldest population on the planet, and its younger population tends to mingle more often with the elderly. A full 23% of the population is older than 65, compared to the U.S., for example, where it is 16%. In South Korea, it’s 18.5% of the population that is 60 years or older. And data from Italy indicates that 90% of the deaths are in people 70 years of age or older. What further complicates matters is that in South Korea, most of the diagnosed cases are in younger people, with only 20% in people 60 years old or older. About 30% are people in their 20s.

There has also been speculation that, as in China, there were a number of undiagnosed cases in Italy that created multiple lines of contagion. The Italian health authorities have already noted that they had a higher than usual percentage of pneumonia hospitalizations before recognizing the outbreak.