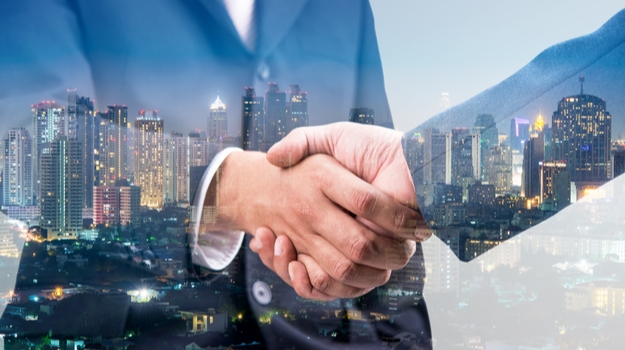 Backed by biopharma royalty, Population Health Partners and Knopp Biosciences have launched Areteia Therapeutics with a Series A financing round worth a whopping $350 million. The new company will focus on developing an old molecule for a very prevalent disease - asthma.

Areteia was established to advance dexpramipexole, formerly in development by Biogen for Amyotrophic lateral sclerosis (ALS), through Phase III clinical trials. The compound was previously owned and developed by Knopp, which  is contributing the compound and related assets to Areteia as part of the deal.

Areteia will be helmed by Jorge Bartolome as chief executive officer. Bartolome was previously president of Canada for the Janssen Pharmaceutical Companies of Johnson & Johnson. Before that, he was senior vice president of the U.S. Respiratory Business Unit of GlaxoSmithKline.

“Asthma is a common disease with a high unmet need and significant impact on the health and lives of millions of patients around the world,” Bartolome said. “I am excited to partner with the expert team of drug developers to advance the first-ever oral treatment for eosinophilic asthma on behalf of these patients.”

More than half of the 250 million people worldwide with asthma have eosinophilic asthma. This particular type of asthma is driven by an oversupply of eosinophils, a type of white blood cell. Dexpramipexole inhibits the maturation of eosinophils and acts similar to injectable anti-IL-5 biologic therapies.

Knopp Biosciences was founded in 2004 by Walter Knopp, a Pittsburgh entrepreneur and amyotrophic lateral sclerosis (ALS) patient. Knopp was originally founded to focus on ALS. Mr. Knopp died of ALS shortly after founding the company at the age of 60.

Mechanism of Action in Asthma

In February Knopp reported new Phase II data on dexpramipexole, finding that the drug improved airflow obstruction in asthma as measured by forced expiratory volume (FEV). The data supported the theory that by lowering eosinophils in the airway lumen, the drug might decrease mucus plugging and air trapping in small airways.

“These results provide new insight into the effects of eosinophils on pulmonary physiology, and further strengthen the hypothesis that reductions in blood and tissue eosinophils by dexpramipexole are associated with improved lung health,” Dr. Calman Prussin, M.D., chief medical officer of Knopp said in a February statement.

The drug was well tolerated in the EXHALE trial as well, with 97% of the patients receiving the drug completing the primary assessment period. No serious adverse events and no adverse events leading to discontinuation were reported.

Population Health Partners describes itself as “a new type of firm bridging venture capital and private equity, committed to building great companies and generating superior returns for our investing partners by solving the health and economic challenges presented by prevalent diseases.”

“Population Health Partners was founded to invest in innovation to tackle the biggest burdens of human disease - and asthma is high on our list of priorities,” Dr. Clive Meanwell, M.D., chairman and managing partner of Population Health Partners, said of today’s launch. “The world-class product development evidence generation team in our Validae Health unit will partner with Areteia to execute the development program and undertake lifecycle management with the highest levels of efficiency and quality.”

Dr Michael Bozik, M.D., president of Biohaven Labs and the former president and chief executive officer of Knopp stated, “The Founders and Board of Knopp Biosciences are delighted to see dexpramipexole move forward into Phase III development with a significant funding commitment led by Bain Capital Life Sciences, and in the experienced hands at Areteia and Population Health Partners.”