7 Weird Superstitions and Rituals of Scientists 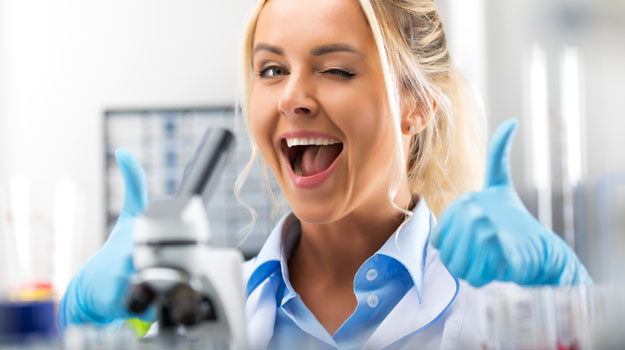 The late author Michael Crichton, famous for Jurassic Park and other novels, reportedly had a ritual where whatever meal he ate the day he started a novel, he then ate every day until it was completed. Wade Boggs, Hall of Fame baseball player, would field exactly 150 ground balls in pre-game practice, start batting practice at exactly 5:17 PM during night games, and run wind sprints at exactly 7:17 PM. He also always reportedly ate a chicken dinner before each game. Basketball great Michael Jordan always wore his lucky shorts from the University of Northern Carolina (UNC) under his Chicago Bulls uniform in every game.

Rituals and superstitions are common. They’re certainly common in sports, but they’re also common everywhere else. Stuart Vyse, an emeritus behavioral scientist at Connecticut College in New London, studied the psychology of superstition. He was quoted in a recent article in the journal Nature, saying, “By the very nature of the word, experiments are often not going to work. Once the person has done everything they can think of that rationally can help the outcome, then they are looking for something extra.”

Does this apply to scientists as well? Do these supposedly super-rational people have their own superstitions and rituals that they apply to their work? You bet.

Here are just some of those noted in the Nature article:

Dimitris Xygalatas, an experimental anthropologist at the University of Connecticut in Storrs, notes several studies where repetitive hand movements and ritualistic prayers were shown to decrease anxiety. One group was asked to prepare a speech on a piece of art. The control group wasn’t given the assignment. Both groups were then tasked with cleaning the artwork. While doing so, their hand movements were recorded and analyzed. The high-stress group had more repetitive and ritualized hand movements. On the subject of rituals and charms in general, Xygalatas told Nature, “We know the world is a very chaotic place, and we have no control over most of it. But we can trick ourselves.”

There may be other factors than responses to stress or even self-delusion. In 2010, researchers at the University of Cologne in Germany ran what is now dubbed the “golf ball study.” Participants in the study were to knock a golf ball into a cup using a putter. Half of the study participants were told, when they were given the ball, “This ball has been lucky today.” The others were just given the ball. Better than 80 percent of the participants claimed to believe in good luck. At the end of the experiment, the “lucky ball group” had significantly better results in sinking their putt compared to the control group.

The researchers conducted similar studies with other superstitions and groups and tasks with similar results. Stuart Vyse, writing for CSI, noted, “Of course, there still was no magic, but these studies seemed to have demonstrated that believing in luck gave participants the confidence to perform better than they otherwise would. A phenomenon long speculated to be a possibility had finally been demonstrated in a laboratory setting.”

Researchers at Dominion University in Illinois attempted to duplicate the golf ball study (Calin-Jageman and Caldwell 2014), but couldn’t. It was a larger study than the German study, included more than three times as many golfers, and required pre-registration, meaning that the purpose and methods of the study were known ahead of time. As Vyse notes, “So, at least with respect to the effect of luck of putting performance, the jury is still out.”

Keis Ohtsuka, a senior lecturer in psychology at Victoria University, wrote a 2016 article for The Conversation titled, “Why People Love to Delude Themselves with Sports Rituals and Superstitions.” In it, he wrote, “In evolutionary terms, humans have perfected the skills of gathering and processing information in order to find regular patterns that help them predict the future outcome of events. … We know that the outcome is unpredictable, if not entirely random, but we cannot help trying to influence the results by adopting some superstitious behavior or rituals with our actions. This is a cognitive mechanism that reduces our anxiety and focuses us on the game. Superstitions and rituals help create a sense of imaginary control over a game’s unpredictable outcome.”

Better not stop them, though, just in case.