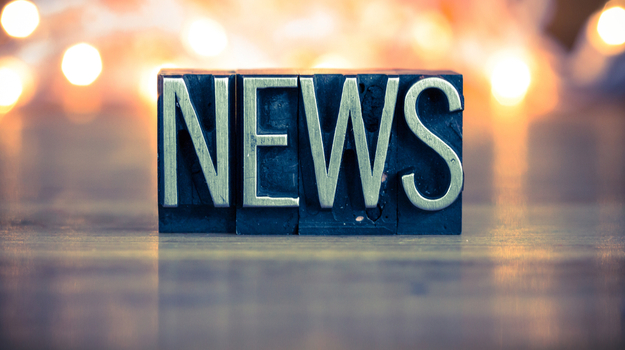 The life sciences industry is a bustling beehive of activity. Here’s a quick compilation of some of today’s newsworthy announcements.

Novo Nordisk Gets Surprise Refusal from the FDA

Novo Nordisk’s diabetes drug Ozempic (semaglutide) has been a blockbuster for the company, becoming its best-selling drug in 2020 with $3.4 billion in sales. Currently the injectable drug is approved for a 1mg dosing level once a week. Novo applied for a label expansion of the drug, allowing the dose to be doubled to 2 mg for type 2 diabetes.

This week the FDA hit Novo with a Refusal to File letter for its request, reportedly due to the FDA wanting to see more data relating to a new manufacturing site. Novo isn’t concerned though. The company believes the data from its increased dose trial will win the necessary approval.

Ozempic had exciting data posted in the New England Journal of Medicine last month as an obesity treatment. The drug is also being tested in a Phase IIb trial in partnership with Gilead Sciences in the fight against NASH.

On the heels of initiating another Phase I trial for the drug, vTv Therapeutics announced its liver-selective glucokinase activator has been issued a patent with claims protecting methods of treatment from the U.S. Patent and Trademark office.

TTP399 has already completed two Phase II trials, one in patients with Type 1 as an add-on to insulin therapy, and another in Type 2 patients. Both Trials showed meaningful improvements in patients HbA1C. The newest trial initiated will be testing the activator’s potential to reduce the risk of diabetic ketoacidosis, a condition in Type 1 patients which can lead to hospitalization and even death. NDA-supporting studies and a pivotal study in patients with Type 1 diabetes are planned for later this year.

Shanghai-based EpimAb is refilling its coffers this week with the close of a $120 million Series C. Funds are earmarked to take three programs into the clinic – EMB-01, -02, and –06. The company’s previous raise in 2019 raked in $74 million.

The lead program, EMB-01, targets EGFR and cMET on tumor cells. Currently the candidate is in Phase I/II clinical studies in both China and the US. Having shown strong anti-tumor activity in preclinical models, EMB-02 has been cleared for the clinic by the FDA to target checkpoint proteins PD-1 and LAG-3. EMB-06 is a T-Cell engaging bispecific targeting CD3 and BCMA with clearance to initiate trials in Australia.

Brii’s Antibodies Flopped, but Its Series C Round Didn’t

After two antibody programs aimed at COVID-19 were shut down due to disappointing results, Brii Biosciences is back in the saddle with a $155 million Series C infusion of cash. The multi-national company will use the funds to advance its pipeline of infectious disease candidates, as well as its CNS program.

Currently clinical studies are being conducted in multiple infectious diseases, including HBV, COVID-19, Gram-negative bacterial infections and HIV. A novel treatment for CNS disease is entering a Phase I clinical trial shorty in the US.

Focused on treatments for central nervous system movement and fluency disorders, Emalex scooped up $35 million in its Series C Preferred Stock funding. The company currently has three Phase II trials underway to evaluate the efficacy and safety of its investigational first-in-class medicine, ecopipam.

Emalex recently dosed its first Phase II patient with ecopipam for the treatment of childhood-onset fluency disorder (stuttering). Ecopipam is a first-in-class drug that selectively blocks the actions of the neurotransmitter dopamine at the D1 receptor.

Emalex is one of seven companies launched by life science innovator Paragon Biosciences, founded by Chairman and CEO Jeff Aronin.

Expanding its Scientific Advisory Board, Poseida Therapeutics announced the appointment of Carl June, M.D. as Chair of its Immuno-Oncology group of scientific advisors. Poseida is developing a pipeline of CAR-T and TCR-T candidates for the treatment of both solid and liquid tumors.

"I have followed the developments at Poseida for many years and am excited to serve as Chair of the Immuno-Oncology Scientific Advisory Board at this pivotal time in the Company's evolution," said Dr. June. "With two autologous CAR-T programs in the clinic and two fully allogeneic CAR-T programs scheduled to begin clinical trials this year, Poseida's unique technology platforms and novel approach to CAR-T have the potential to overcome many of the limitations of current generation cell and gene therapeutics."