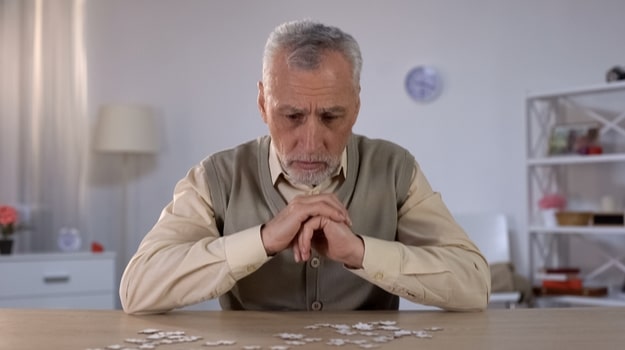 Schizophrenia affects more than 21 million people across the globe and is the fourth-leading cause of disability across the globe. Despite a number of anti-psychotic medications available, there are no approved drugs to address underlying cognitive development issues. Cerevance aims to change that.

Last week, privately-owned Cerevance released data from a Phase Ib biomarker study of its oral compound, CVN058, evaluating the potential of the medication as a treatment for cognitive impairment associated with schizophrenia (CIAS). Study data shows that a single dose of CVN058 elicited a statistically significant improvement in mismatch negativity (MMN), an auditory evoked potential generated in the cerebral cortex that is typically impaired in schizophrenics, David H. Margolin, senior vice president of clinical and translational medicine at Cerevance, told BioSpace in an interview.

CVN058 is a novel, brain-penetrant, small-molecule antagonist of the type 3 receptor for serotonin, which is an important neurotransmitter. Margolin said the Cerevance asset is in a class of drugs that has been approved for other areas, such as nausea and intestinal issues. There have been some studies that suggested the efficacy of the medication on the cerebral cortex, Margolin said, and now the company is hoping to show CVN058 can modulate the imbalance in the cerebral cortex.

For schizophrenics, their hearing is normal, but their processing of auditory information is impaired, Margolin said. That impairment undermines the ability of the brain to perform more complex operations.

“We found that even a single dose of the drug is statistically significant and substantial improvement of MMN. The normalization of the brain waves is encouraging and could improve aspects of cognition,” Margolin said. “The normalization of MMN brainwaves, a biomarker of cortical dysfunction, leads us to believe our approach can potentially improve diverse aspects of cognition in schizophrenic patients.”

The Phase Ib study was the first of its kind in schizophrenics rather than healthy volunteers. The trial assessed 19 male and female subjects with schizophrenia or schizoaffective disorder. The patients received a single oral dose of CVN058, ranging from 15 mg to 150 mg, or placebo at each study visit. MMN and other cortical biomarkers were recorded in the hours after dosing.

He added that CVN058 would not replace the need for anti-psychotic drugs. The Cerevance treatment would be taken alongside those in hopes of providing a broader treatment that will allow these patients to enjoy a more normalized quality of life.

Schizophrenia is a mental illness caused by an imbalance in the neurotransmitters facilitating the communication between neurons in the brain. That imbalance causes schizophrenia patients to perceive things that are not real. People with schizophrenia experience disturbed thoughts, emotions and behavior, and they find it difficult to judge reality. Negative symptoms, a diminution or absence of normal behaviors related to motivation and interest or expression, are a core component of schizophrenia and they account for a large part of the long-term morbidity and poor functional outcome in patients with the disorder. Cognitive impairment associated with schizophrenia (CIAS)—which may include deficits in attention, working memory and executive function—has a negative impact on patients’ quality of life and ability to function.

The number of schizophrenics across the globe who have cognitive impairment ensures a significant market for CVN058 if its passes through all clinical and regulatory hurdles. The number of diagnosed prevalent cases of schizophrenia with comorbid cognitive impairment is expected to exceed four million in the seven major pharmaceutical markets in 2022.  Despite the number of patients affected by CIAS, no formal diagnostic criteria exist for these folks.

The next study Cerevance undertakes with CVN058 will have to show sustained effects and determine an impact on cognition, Margolin said. A Phase II study has not yet been initiated. When it does begin to enroll, Margolin said he anticipates the COVID-19 crisis will be in the rear view mirror. In the near term, they’re working on a manuscript to publish the data from the Phase Ib study, Margolin said.