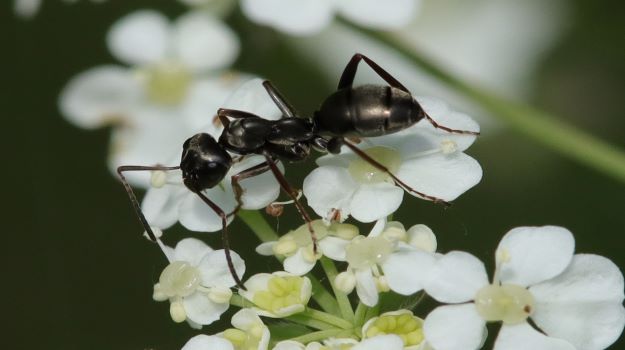 Resplendent with beady eyes, snapping pincers and shiny bodies, little creatures scurry in neat lines toward a delicious morsel of food. These little creatures, otherwise known as ants (Formicidae), are both wondrous in behavior and considered pests by many.

According to researchers at the Universite Sorbonne Paris Nord, Universite Paris-Saclay, and other French research institutions, these tiny critters can be trained to sniff out the specific odors associated with certain cancers. Published in the journal iScience, scientists found that after training, ants could learn to discriminate between cancerous cell cultures and non-cancerous cell cultures.

For Patrizia d’Ettorre, Ph.D., a Professor in Ethology and one of the senior authors of the study, ants have long provided a fascinating topic for study. “Their societies are very complex and have very amazing strategies of communication,” she told BioSpace. “In particular, they rely on chemical communication.”

According to d’Ettorre, ants can use pheromones, or secreted/excreted chemicals, to identify each other. Because ants have well-developed olfactory (smelling) systems, they can distinguish specific smells and associate those smells with specific behaviors. Previous work has demonstrated that ant-produced pheromones can act to signal danger or create chemical trails to lead other ants toward food sources.

A Ph.D. student of d’Ettorre’s was inspired by the role of chemical signals in ant behavior - and wondered if this signaling could be leveraged to identify specific cancers. Some cancerous cells produce volatile organic compounds (VOCs) through metabolism. VOCs, which can be released into the bloodstream, excreted through bodily fluids or exhaled into the air, represent a cancer “fingerprint” that can sometimes act as a biomarker for the presence of cancer.

The scientists hypothesized that ants, with their evolutionarily optimized olfactory senses, could potentially be trained to detect these cancer VOCs. After creating a collaboration with a research group that cultured cancer cell lines, the scientists proceeded to train the ants (specifically in their case, F. Fusca) in the art of cancer detection.

After positively reinforcing the odor with a reward two or three times, the scientists placed the ants in a test arena - a petri dish containing a cell line associated with the reward and a control cell line not associated with anything.

“You test the ant with the odor that she knows, and another odor - something that is totally new, like a different cancer cell medium or another flower,” d’Ettorre said. “Then, you just look at what the ant does. And of course, the ant suspects that there is sugar close to the odor that she had learned.”

To quantify how well the training worked and if the ants were able to distinguish the cancer cell line from a normal cell line, the scientists recorded their behavior using a video camera and timed how long the ants spent around each cell line.

They first found that the ants could learn to identify odors (VOCs) associated with a cancer cell line, given a sugar solution reward. Over an increased number of trials, the ants spent progressively less time trying to find the reward - indicating that they had learned what the specific cancer odor was and linked that odor to the reward.

The training method used to guide ants towards associating cancer cell lines with a sugary reward is called “classical conditioning” - and according to d’Ettorre, using positive reinforcement in this way was optimal for training them.

“It’s much nicer to be nice to them,” she said with a smile. “Aversive conditioning normally takes more time and not all the ants will learn it well. This (classical conditioning) is easy and it works well.”

d’Ettorre noted that the longevity of this training is limited by the need for or presence of a specific resource. She explained that if a certain smell is no longer predictive of the reward, then there would be little point for the creature to continue going towards that smell. Therefore, the optimal path would be training the ants to identify the cancer based on classical conditioning, and then immediately testing them.

“We could test them several times, but the point is not to do that,” she said. “To be reliable, it’s good to test it like we did, only two or three times.”

In the future, d’Ettorre and the team hopes to train ants to detect organisms with cancer, rather than just cancerous cell lines. “The volatile organic compounds that you get [in cell lines] are not as complex as they would be when they are in an organism,” she explained. “The next step is to test the odor of mice that have a cancer, or not.”

Even so, the premise of having ants scurrying toward cancer is intriguing as a clinical strategy for human cancer diagnoses. For d’Ettorre, the goal would be to use these ants as a tool for early diagnosis - essentially flagging a sample for downstream analysis.

“It will be like an alert,” she said. “The sooner we have the cancer detected, the more likely the person will survive.”