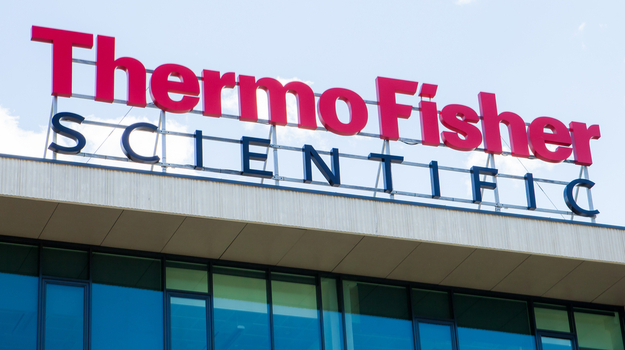 For example, on Friday, March 22, bluebird bio, also headquartered in Cambridge, Mass., announced it was opening its new gene therapy manufacturing facility in Durham, NC. That factory will produce lentiviral vectors for its gene and cell therapies, including bb2121 and bb21217 for multiple myeloma and possibly LentiGLobin for transfusion-dependent beta-thalassemia (TDT) and sickle cell disease.

According to a recent industry report, there are almost 300 gene therapies being developed to treat more than 100 diseases.

Brammer has about 600 staffers at its primary locations in Massachusetts and Florida. The company was projected to bring in $250 million in revenue this year.

“Brammer Bio will be an exciting addition to our pharma services business and will further strengthen Thermo Fisher’s leadership in serving pharma and biotech customers,” stated Marc N. Casper, president and chief executive officer of Thermo Fisher Scientific. “Gene therapy is an area of increasing focus for our customers and is fast-evolving given its potential to treat a range of genetic disorders.”

Casper went on to say, “The combination of Brammer Bio’s viral vector capabilities with our GMP production expertise and proprietary bioprocessing and cell culture technologies uniquely positions us to partner with our customers to drive the evolution of this incredibly fast-growing market. The transaction is perfectly aligned with our Mission to enable our customers to make the world healthier, cleaner and safer.”

Brammer is owned by its founders and Ampersand Capital Partners, the only institutional investor. In addition to providing clinical and commercial vector for gene and cell therapy, it offers process and analytical development and regulatory support.

Brammer was founded in 2016 by way of a merger of Brammer Biopharmaceuticals and Florida Biologix.

Unlike bluebird bio, which is working to handle its vector manufacturing itself, many companies will contract with CROs and CDMOs to handle their vector manufacturing. In gene therapies, vectors are typically a genetically altered virus that contains human DNA. The virus, often adeno-associated virus (AAV), has the viral DNA or RNA stripped out with the replacement gene intended for the patient inserted. The virus then is injected into the patient, where it infiltrates the cells and inserts the therapeutic DNA into the cells, which integrate them into their genome.

Casper told the Wall Street Journal, “One of the real constraints here is manufacturing capacity and the ability to develop these drugs in a cost-effective fashion.”

The annual market for contract development and manufacturing for gene and cell therapies, Casper indicated, is about $1 billion and growing at a rate of about 25 percent a year.

In a joint statement, Richard Snyder, Brammer’s chief scientific officer and Mark Bamforth, Brammer’s president and chief executive officer, said, “We are proud to be pioneers in process development and manufacturing of viral vectors. Brammer Bio has executed more than 100 projects to supply first-in-human gene therapy clinical trials and establish commercial-ready processes, and we’re excited to join Thermo Fisher to take our business to the next level. Our teams share a commitment to helping our customers succeed in delivering cutting-edge therapies to patients in need.”