The Path to Novel Antibiotics 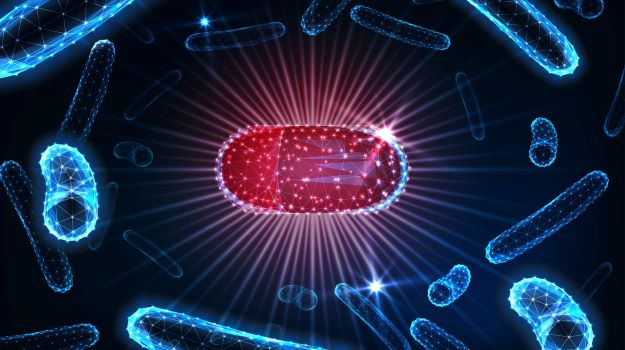 Those magic bullets that save thousands of lives each year – antibiotics – aren’t as resilient or effective as they once were, thanks to resistant bacteria. It’s conceivable that simple surgery and other procedures might become extremely risky without antibiotics that can reliably eliminate infections.

On an annual basis in the U.S., at least 2.8 million people will have an antibiotic-resistant infection, and more than 35,000 people die from those infections, according to the U.S. Centers for Disease Control and Prevention (CDC). Some, such as those with chronic disease, are at greater risk than others.

If antibiotics are not effective, then infections cannot be treated, and public health threats cannot be managed. In addition, surgical procedures depend on a patient’s ability to fight infections with antibiotics, such as joint replacements and organ transplants.

Less private investment and innovation in the development of new antibiotics are undermining efforts to combat drug-resistant infections, according to the World Health Organization (WHO).

But efforts continue. BioSpace captures some of them here.

Spero Therapeutics’ antibiotic pipeline is focused on areas for which the unmet medical need is greatest, for which there are few approved therapies, or where the standard of care is less than the best possible.

If approved, tebipenem HBr would be the first oral carbapenem antimicrobial to receive marketing approval in the US, according to the company. Tebipenem HBr has been granted Qualified Infectious Disease Product (QIDP) and Fast Track designations by the FDA for the treatment of cUTI and acute pyelonephritis, a sudden and severe kidney infection.

SPR720 represents a class of antibacterial agents that target enzymes essential for bacterial DNA replication, the company states. Phase I clinical data suggested that SPR206 is well-tolerated at doses that are likely to be within a therapeutic range for targeting multidrug resistant (MDR) Gram-negative bacterial infections, according to the company.

Gonorrhea is a very common infectious disease. The CDC estimates that approximately 1.14 million new gonococcal infections occur in the US each year, and as many as half occur among young people aged 15 to 24. In 2018, 583,405 cases of gonorrhea were reported to the CDC.

The Phase III program comprises two studies, which are testing gepotidacin in two common infections caused by bacteria identified as antibiotic resistant threats by the CDC.

The first study (EAGLE-1) compares gepotidacin to ceftriaxone plus azithromycin, a guideline-recommended dual therapy approach, in approximately 600 patients with GC. The second study (EAGLE-2) compares gepotidacin to nitrofurantoin, a licensed first-line antibiotic, in approximately 1200 patients with uUTIs, which is common in women. Initial results are expected by the end of 2021.

Allecra Therapeutics is preparing submissions for marketing approval in the US and EU based on these results. The company has patent protection covering proprietary enmetazobactam in major territories worldwide.

In December 2020, Shanghai Haini Pharmaceutical Co. and Allecra Therapeutics signed an exclusive licensing agreement under which Shanghai Haini will manufacture, develop and commercialize cefepime/enmetazobactam within Greater China, including Mainland China with Hong Kong and Macau, and Taiwan.

MicuRx is developing and commercializing antimicrobial therapeutics for MDR superbug infections. The company’s contezolid (MRX-I) is a patented, potential next-generation antimicrobial agent that addresses the common bone marrow toxicity of antimicrobial agents in the oxazolidinone class. Data from pre-clinical and clinical studies in China, the US, and Australia demonstrated that contezolid has the potential to treat severe MDR Gram-positive bacterial infections with an improved safety profile related to bone marrow toxicity.

MRX-I, for oral delivery, is being developed against Gram-positive methicillin-resistant Staphylococcus aureus (MRSA) and vancomycin-resistant enterococcus (VRE). An NDA has been submitted in China. In the US, the candidate has completed Phase II clinical trials.

Contezolid acefosamil (MRX-4), the company’s proprietary water-soluble prodrug of contezolid, also has the potential to safely treat infections with both IV and oral administration, which differentiates it from other current IV-only treatment options. An IND has been approved in China. A Phase II trial has been completed in the US. It is also targeting MRSA and VRE.

Iterum Therapeutics is developing significantly differentiated anti-infectives aimed at combating MDR pathogens. Sulopenem was discovered in the laboratories of Pfizer in the 1980s and was first developed as an IV formulation only. Later, an oral formulation was developed and tested. Although the results were encouraging, development of sulopenem was abandoned when Pfizer transitioned towards other therapeutic areas.

In November 2015, Iterum negotiated the license of sulopenem and its prodrugs and restarted the development program. The company is planning its Phase III program. Sulopenem is the first oral and IV penem antibiotic demonstrating a potent spectrum of activity against MDR Gram-negative infections in both the hospital and community settings. It is an orally bioavailable, broad-spectrum penem β-lactam antibiotic under development for the treatment of infections caused by MDR bacteria.

Debiopharm is developing afabicin -- Debio 1450 -- a new antibiotic benefiting from both oral and IV formulations. It is a highly potent, staphylococcus-selective antibiotic with a low propensity to emergence of resistance. This first-in-class enoyl-ACP reductase (FabI) inhibitor retains its activity on staphylococci strains resistant to antibiotics currently in clinical use, including beta lactams, vancomycin, daptomycin, and linezolid. Debio 1450 addresses several hard-to-treat infections.

The therapeutic candidate will be studied in bone and joint infections caused by staphylococci. It has completed a large Phase II study for the treatment of acute bacterial skin and skin structure infections (ABSSSI).

Arrevus is developing novel therapies targeting orphan diseases. The company focuses on diseases with serious outcomes; on those with few treatment options; and on those diseases that have high treatment failure rates with currently available therapies.

The company is developing ARV-1801, whose active component is fusidic acid, to treat cystic fibrosis patients in the US. Fusidic acid is a potent S. aureus and MRSA drug. It also is anti-inflammatory, has mucolytic properties, and is active against biofilms, which are communities of bacteria that are commonly resistant to antibiotics and are often found in the lung of cystic fibrosis patients.

In May 2020, Arrevus received two grants totaling $800,000 in support of its chaperone protein inhibitor, ARV-1502. The NIH’s National Institute of Allergy and Infectious Diseases awarded a $300,000 grant to investigate the activity of ARV-1502 for the treatment of sepsis. The Department of Defense’s U.S. Army Medical Research and Development Command has awarded a $500,000 grant to investigate ARV-1502 for the acceleration of wound healing.

ARV-1502 is an engineered inhibitor of bacterial DnaK, a heat-shock protein, and has a structure that is inspired by insect host defense peptides. Through evolution, insects have evolved proline-rich antimicrobial peptides as a key element of their innate immune response. ARV-1502 is an optimized peptide monomer that is engineered from multiple insect proline-rich antimicrobial peptides and includes an N-terminal non-native amino acid (amino-cyclohexyl carboxylic acid moiety; Chex) that allows ARV-1502 to avoid aminopeptidase cleavage and improve its activity spectrum while eliminating nonspecific binding to the substrate-binding pocket of DnaK.

DnaK is essential for stress tolerance and allows organisms to survive conditions that cause protein unfolding or misfolding. DnaK is one of the most highly conserved bacterial protein-coding genes in prokaryotes, making it an especially attractive target. DnaK is involved in antibiotic resistance. In the absence of functional DnaK, MDR bacteria are sensitive to several classes of antibiotics, including fluoroquinolones and β-lactam antibiotics. Arrevus has received more than $3 million through six NIH grants to develop ARV-1502 to target drug resistant bacteria.

Fast Track Designation has been granted by FDA for chronic urinary tract and chronic intra-abdominal infections. Phase I single and multiple ascending dose studies have been completed.

BOS-572, in the pre-clinical phase, is a broad-spectrum serine beta-lactamase inhibitor (BLI) of the diazabicyclooctane (DBO) class of BLIs. It can restore the antibacterial activity of beta lactams, including piperacillin, against Gram-negative bacteria expressing extended spectrum, AmpC, and serine carbapenemase enzymes. Unlike other DBO BLIs, BOS-572 does not inhibit penicillin-binding protein 2 (PBP-2) and lacks measurable antibacterial activity, simplifying dose-determination of a beta-lactam partner and reducing the potential for the development of resistance.

Also in the pre-clinical stage, BOS-981 is a first-in-class, orally bioavailable, small molecule furin inhibitor being investigated in several infectious diseases indications. Furin is one of nine members of the proprotein convertase family, which convert protein precursors into their active forms. Endogenous host furin is utilized by a variety of bacteria and viruses to process their proteins and toxins, such as anthrax, influenza A H5N1 (bird flu), Dengue, Marburg, and Zika viruses.