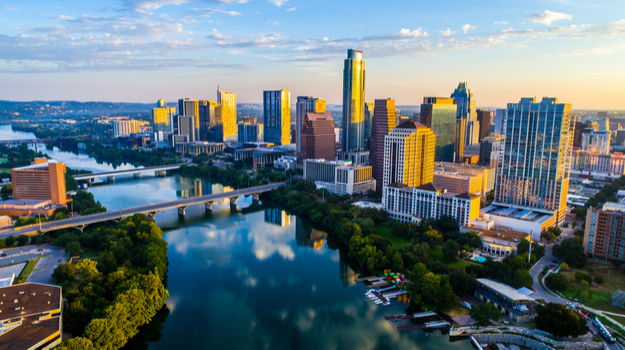 The Boston area, specifically Cambridge, has the highest concentration of biopharma companies in the U.S. That is followed rather closely by the San Francisco Bay Area. Many states want to encourage life science development—the return on investment can be very high, and the jobs they create are often well-paying jobs for skilled workers, while also offering manufacturing jobs for a broader range of skills and training.

With all that in mind, some in Texas believe the Lone-Star State would be a great “third coast” for biotech clusters.

Texas doesn’t immediately come to mind as a hotspot for the biopharma industry—oil, energy and tech, yes, but generally not the life sciences. Sure, the University of Texas MD Anderson Cancer Center in Houston and UT Southwestern Medical Center in Dallas have strong life science research activities, but the state isn’t really known for its biotech startup environment. But that may be a matter of lack of media attention. Maybe.

TribTalk, a publication of The Texas Tribune, recently pushed the idea, noting that the state has approximately 4,000 life science companies and 100,000 biotech workers. MD Anderson and UT Southwestern were noted, as were some notable researchers, such as James Allison at MD Anderson, who won the Nobel Prize in Physiology or Medicine. TribTalk also noted that the state ranked seventh in 2017 for research funded by the National Institutes of Health (NIH), to the tune of $1.16 billion.

Part of what makes Boston and San Francisco such strong biotech hubs are their close proximity to premier research universities like MIT, Harvard, Stanford, UCSF, and UC Berkeley. But it’s not as if there aren’t other great research universities around the country with top-level research and medical schools—the University of Michigan and Michigan State University, Mayo Clinic in Minnesota, the University of Chicago in Illinois, and so on and so forth.

The universities provide top talent and the clustering helps in that as well—if you’re going to work in a biotech startup that may or may not be in existence in five years, many want to know there will be other jobs available in the area. One thing both Boston and San Francisco also have in common are significant efforts by real estate developers to build infrastructure catering to those companies.

One aspect of Texas that might be missed is that Austin, both the state capitol and home to the University of Texas, as well as numerous tech companies and other businesses, is home to more than 200 life science companies.

TribTalk, for example, writes, “Academic medical centers have become major employers in our biggest cities, generating economic activity that returns net tax revenue to the state. In San Antonio, one of every six workers are employed in the city’s flourishing bioscience and healthcare sector, anchored by UT Health San Antonio, where the Department of Defense has funded research into treating PTSD among war veterans. Employment in biotech research and development in the Dallas-Fort Worth Metroplex jumped by 34 percent between 2010 and 2016. The Houston area lost biotech R&D jobs during that time period but welcomed an increase in pharmaceutical and medicine manufacturing jobs.”

Although Texas is likely slightly more expensive in terms of cost-of-living than the rest of the U.S., most areas are likely more affordable to live and work than either Boston and the incredibly pricey San Francisco area.

Another factor often mentioned in the same breath as Boston and San Francisco is the deep presence of life science-focused venture capital firms.

Despite many of the strengths, it’s noted that Dallas-Fort Worth lags in the area of life sciences. Frank Grassler, writing for D CEO Healthcare, noted, “While local labs have spawned successful companies such as Reata Pharmaceuticals and Peloton Therapeutics, biotech remains a small part of the North Texas economy. And there have been missed opportunities. Unfortunately, most of the capital raised by local biotech startups comes from the coasts, leading those companies to move to Boston or California where backers can keep a close eye on their investments.”

Many states have created policies and incentives to grow their life science industries, with varying levels of success. Why not Texas? It certainly has the population density and economy, several world-class research institutions.

One of the issues might actually be Texas’ “go big” attitude. In a 2016 STAT article that wondered if Austin could become the new Silicon Valley of biotech, it was noted that despite there being over 200 biotech startups, they were—as is typical of biotech startups—pretty small companies. John Burns, president and general counsel of BioAustin, the local trade group, told STAT at the time, “Most of the companies here are really very small.”

And although Austin is a pretty good-sized metro area of over 1 million, it’s small compared to the sprawl of Houston and Dallas that each have around 6 million people.

However, in the 1990s, there wasn’t much of a life science industry in Austin, and they’ve come a long way in the last thirty years or so. That was helped along in recent years with the opening of the Dell Medical School in Austin. But will all that growth be “big enough” for Texas? Time will tell.