TenSixteen Scores $40M to Intercept Disease at its Earliest Stages 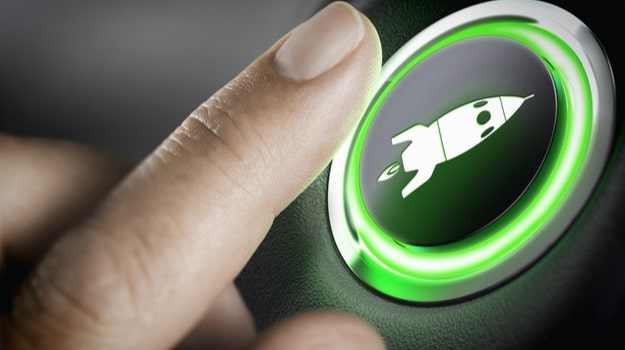 A San Francisco startup has gotten a big boost in its efforts to research genetic mutations. TenSixteen Bio launched Thursday with a $40 million Series A financing round funded by Foresite Capital and GV, formerly Google Ventures. The money raised will be used for research into genetic mutations that may hold the key to developing ways to treat chronic diseases.

TenSixteen Bio is seeking to detect changes to genes that happen during the human lifetime and use those mutations to develop therapies, particularly for cancer and cardiovascular disease.

The company, co-founded by Foresite Labs, is specializing in a relatively new science that analyzes cells, how they divide over time and mutations that can ensue in this process. The work specifically focuses on mutations and cells known as “clonal hematopoiesis of indeterminate potential”, or CHIP. These cells can be indicative of diseases such as cancer.

Recent research has shown that CHIP mutations confer a significant risk of developing multiple diseases, including cancer and cardiovascular disease, in some cases increasing an individual’s risk over tenfold.

If successful, company leaders told The Business Journals, the approach will “rewrite how diseases are treated by focusing on so-called somatic mutations that build up in blood and other tissue.”

Mark Chao, M.D., CEO of TenSixteen Bio said, “It’s new biology that nobody, to our knowledge, is targeting. We want to be one of the pioneers in this field.”

Chao added that the company doesn’t have a set timeline for clinical trials, but it is building data sets to measure, understand and tap how DNA changes within the cells.

“TenSixteen is the first company constituted to directly address somatic mosaicism and CHIP, age-associated drivers of many common diseases that represent broadly unmet medical needs,” said Vikram Bajaj, CEO of Foresite Labs and managing director of Foresite Capital. “By revealing its root causes, our hope is that companies of this kind will eventually intercept disease in its earliest stages.”

“Mark and the team are the right group of physicians and scientists to take on this pioneering work given their foundational research in the field and previous success in developing novel, data-driven therapeutics,” said Krishna Yeshwant, Managing Partner at GV. “We look forward to supporting them through this journey.”

Chao, the physician-scientist who co-founded the company, believes the science behind CHIP, which has emerged in the past 10 years, is sound.

“As a physician, I’ve witnessed firsthand how we have struggled to treat disease in its end-stage. Treating disease earlier provides the best chance of success and is core to the TenSixteen mission. By therapeutically targeting CHIP biology, we have the potential to change treatment paradigms across several diseases,” he said.

In fact, Chao expects tests for CHIP could become standard practice in medicine in the future as they would allow hospitals to catch markers for hard-to-treat diseases earlier, thereby enabling doctors to personalize treatment.

“One of the themes that you’re seeing across the healthcare field is the ability to treat earlier,” Chao said. “There are very few times where you have biology this transformational that can really do that across many diseases. We look at CHIP as one of the broad biomarkers as a tool to be able to treat early.”

TenSixteen is named for the approximate number of times human cells can divide in a lifetime, 10 to the 16th power, or 10 quadrillions, that each offer an opportunity for mutation.  The process is called somatic mosaicism.