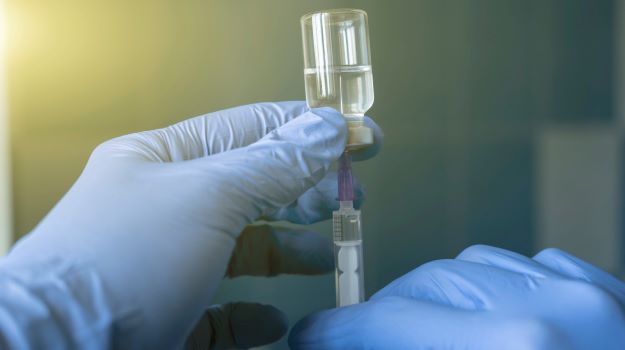 Takeda distributes Moderna’s COVID-19 vaccine in Japan but the company is better known for its cancer and gastrointestinal therapeutics than its vaccines. Vaccine production, “when established,” Weber said, “has a very long life. There is no generic of vaccines, for example. So, it’s a different type of lifecycle, but it can be a very good business if you bring innovation.”

In May, the company presented long-term safety and efficacy data from its ongoing pivotal Phase III Tetravalent Immunization against Dengue Efficacy Study (TIDES) trial for its TAK-003, a vaccine against dengue. The data has also been included in a submission to the European Medicines Agency (EMA).

The data showed the vaccine provided 83.6% protection against hospitalization and 62% overall efficacy against dengue. Dengue is the fastest spreading mosquito-borne viral disease. It affects about 390 million people worldwide, with 500,000 hospitalizations.

In addition to the Moderna COVID-19 vaccine, the company has a license to manufacture Novavax’s COVID-19 vaccine, which is still being evaluated in clinical trials. The Japanese government had entered a contract to acquire another 50 million Moderna doses to be delivered in 2022, as well as 150 million Novavax doses.

The Novavax vaccine, TAK-019, is known outside Japan as NVX-CoV2373. As part of an earlier announcement, Takeda is developing manufacturing capabilities for TAK-109 in Japan with a goal of being distributed in early 2022.

The licensing deal allows Takeda to manufacture the vaccine antigen, and Novavax is supplying the Matrix-M adjuvant to Takeda that is used in the vaccine. Takeda will handle Japanese clinical trial and regulatory submission to the Pharmaceuticals and Medical Devices Agency (PMDA) and distribute TAK-019 in Japan if it is approved by Japan’s Ministry of Health, Labour and Welfare (MHLW).

In July 2021, Takeda and Frazier Healthcare Partners partnered to launch HilleVax, a biopharma company designed to develop and commercialize Takeda’s norovirus vaccine candidate. HilleVax received a license from Takeda for exclusive development and commercialization rights to the vaccine candidate, HIL-214, worldwide outside Japan, in exchange for an upfront fee, future cash milestones and royalties on net sales. Takeda will keep commercialization rights in Japan and HilleVax, will integrate some of the Japan development activities into its global development plan.

Takeda also has vaccine programs for pandemic influenza and Zika.

“Takeda and Frazier have a history of successfully partnering together, and we are confident in HilleVax’s capabilities to progress HIL-214, the most advanced norovirus vaccine candidate in development with the potential to address the huge global burden of norovirus-associated acute gastroenteritis,” said Rajeev Venkayya, President of the Global Vaccine Business Unit, Takeda. “This will allow Takeda to focus its efforts and resources on our dengue vaccine, which we have begun filing for licensure around the world, our pandemic programs, and our partnership with the U.S. Government to develop a Zika vaccine.”

Weber was quick to note that the company has 40 clinical-stage compounds, with more than 10 in late-stage development. There was some concern when its Pevonedistat for blood cancer had poor clinical trial data.

Weber said, “We don’t rely on one product in our pipeline, or two, when we have 40 in clinical stage.”