How the Biopharma Industry is Tackling the Opioid Crisis 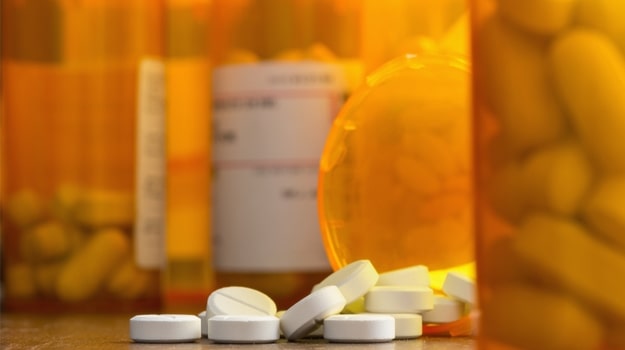 The public health crisis of opioid misuse and addiction in America rivals the destructiveness of the HIV/AIDS epidemic. Nearly 130 people a day die in the U.S. after overdoing on opioids. Public outcry and litigation against opioid makers have created a demand for non-opioid alternative therapies. Two out of three drug overdose deaths in 2018 involved an opioid, according to the Department of Health and Human Services.

Many drug makers are investing in new science and hope to transition pain therapy approaches away from synthetic opioids. Biospace has tracked a few key alternative therapeutic candidates.

In March, the Food and Drug Administration (FDA) accepted for review a Biologics License Application (BLA) for tanezumab 2.5 mg administered subcutaneously, which is being evaluated for patients with chronic pain due to moderate-to-severe osteoarthritis and who have experienced inadequate pain relief using other analgesics. Under development by Pfizer and Eli Lilly, tanezumab is a monoclonal antibody that is part of an investigational class of non-opioid chronic pain medications known as nerve growth factor (NGF) inhibitors. NGF is a protein that helps regulate pain signaling.

The tanezumab regulatory submission encompasses data from 39 Phase I to III clinical studies evaluating the safety and efficacy of tanezumab among more than 18,000 patients, including three Phase III studies evaluating subcutaneous administration of tanezumab in patients with moderate-to-severe osteoarthritis. Injections have shown a rapid onset and long duration of action. The approach addresses NGF-mediated pain pathways.

Also targeting NGF is Teva Pharmaceutical Industries and Regeneron Pharmaceuticals’ fasinumab. They expect to see Phase III data this year. The candidate also targets osteoarthritis pain. Teva and Regeneron partnered on development and commercialization of fasinumab in 2016. Fasinumab is a fully human monoclonal antibody that targets NGF. There is evidence that NGF levels are elevated in patients with chronic pain conditions.

Clinical trials FACT OA1 and FACT OA2 compared fasinumab to a placebo over 16 weeks and 24 weeks, respectively, for co-primary endpoints measuring pain and physical function among osteoarthritis patients. In both trials, a monthly 1 mg dose generated statistically significant improvements among trial participants in both. Moreover, fasinumab seemed to offer more benefits than non-steroidal anti-inflammatory drugs, although differences were nominal. But safety may be an issue, with analyses indicating a possible increase in joint issues among trial participants.

Heron Therapeutics is developing HTX-011 as a non-opioid alternative. In September, the company announced results from an EPOCH 2 follow-on clinical study of HTX-011 in open inguinal hernia repair surgery with mesh. In the clinical trial, more than 90% of patients receiving HTX-011, along with postoperative over-the-counter acetaminophen and ibuprofen, remained opioid-free throughout the 72-hour period following hernia repair surgery. The mean pain intensity never rose above the mild range through 72 hours after surgery.

Heron Therapeutics will be resubmitting its New Drug Application (NDA) to the FDA for HTX-011 in the fourth quarter of this year. The NDA will be resubmitted based on the outcome and final minutes of a Type A meeting with the FDA, undertaken to clarify the FDA’s Complete Response Letter of June 2020. The letter said that the FDA was unable to approve the NDA in its present form based on the need for additional chemistry, manufacturing, and controls and non-clinical information. But the company has since reached agreement with the FDA on the required information.

CNTX-4975 targets the TRPV1 receptor that selectively inactivates the local pain fibers transmitting pain signals to the brain, potentially providing relief that can last for up to six months, until the local pain fibers regenerate. The candidate is in Phase III clinical trials and has been shown to provide significant and durable relief from localized moderate to severe knee osteoarthritis pain by the second day. CNTX‐4975 injected directly into the joint reduced pain in chronic knee osteoarthritis, based on data from the open-label phase III VICTORY-3 trial.

Creative Bio-Peptides has received funding as part of the National Institutes of Health’s (NIH’s) HEAL (Helping to End Addiction Long-term) Initiative on developing technologies to stop the opioid crisis. The funding will go toward the company’s efforts to develop its novel chemokine receptor antagonist R103 to block opioid reinforcement, relapse, and physical dependence.

The company’s lead chemokine CCR2/CCR5 antagonist (blocker), peptide R103, inhibits neuropathic pain and enhances the potency of morphine to relieve acute pain. Recent studies at Temple University suggest that R103 could also effectively treat opioid use disorders, as blocking CCR5 lowers the rewarding, locomotor, and reinforcing effects of drugs of abuse, with a better safety profile compared to current approved chemokine antagonists that cause liver toxicity, or which must be injected. Creative Bio-Peptides has received funding to assess, in animal self-administration models that mimic human drug-taking, whether R103 reduces morphine intake.

The company also will assess if R103 will prevent or blunt naloxone-precipitated withdrawal signs in morphine-dependent rats and will evaluate safety by determining a maximum tolerated dose. These efforts will help establish a regulatory approval plan for human efficacy studies.

Opioid analgesics can act through three different types of opioid receptors -- mu, delta, and kappa receptors. Morphine, the most widely used opioid analgesic, acts primarily by the activation of the mu opioid receptor located in the central nervous system (CNS). This action induces relief from pain but is also associated with several side effects, such as nausea and vomiting, sedation, respiratory depression, and abuse liability.

Cara Therapeutics is developing the first peripherally acting KORA, CR845, which is a potent peripheral KORA with high selectivity over other opioid receptors in the body. Moreover, CR845 displayed no significant affinity for any other non-opioid known receptors.

CR845 exhibits potent analgesic, anti-pruritic (anti-itch) and anti-inflammatory properties in both human and animals. Since CR845 is intrinsically poor at penetrating the blood-brain barrier, it has shown to produce little to no CNS-mediated side effects that one sees with traditional CNS-acting mu opioids like nausea/vomiting, sedation, respiratory depression, abuse, addiction or euphoria.

In addition, one of the formulations demonstrated more rapid absorption, which may be beneficial when immediate pain relief is needed. But further formulation work is required to ensure optimal product properties before progressing to the next stage of development.

In September, Orexo and GoGoMeds, a cloud-based pharmacy, formed a partnership to make digital therapies deprexis and vorvida available for treating depression and managing problematic alcohol misuse, respectively. The partnership also will make available OXD01, a digital therapy for the treatment of opioid use disorders, in the US later in 2020. The partnership will make these products available through various complementary addiction services at the state level, including court systems, as well as through private sector employers, and other partners.