Some Drugs Being Rationed as Suppliers Continue to See Increased Orders 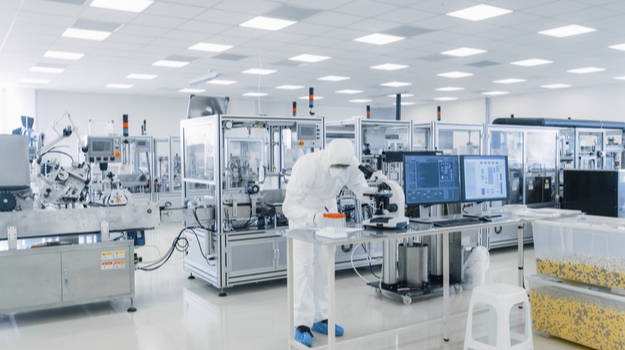 Lab suppliers report sales and backorders are up, and some distributors are allocating medications. For most biotech companies, supplies are available, although they are monitoring the situation closely.

“So far we have sufficient supplies on-site and have not had an issue with receiving necessary lab supplies,” Celina Chang, VP, business operations & technology, LabCentral, told BioSpace Tuesday.

That’s not always the case, though. A lab at Brigham and Women’s Hospital was so determined to obtain reagents to run COVID-19 assays that it posted a request for a specific reagent on Facebook.

“Lab friends: The lab at the BWH has run out of the reagent below and will not be able to perform COVID testing without it: A15300 TAQPATH 1STEP RT-QPCR MM 10ML 10 ml. If you have any of this reagent in your lab, contact Dr. Neal Lindeman immediately!"

Greg Vitarelli, head of global communications at lab supplier Zageno, saw the post and shared it with his operations team.

“We’re doing everything we can to help,” he told BioSpace.

“Consumables and safety wear saw the greatest increases,” he continued. Their demand spiked more than 30% from the previous all-time high.

Pharmaceutical distributors report backorders have increased to about 10%, up from about 4% at the beginning of the year. In some cases, alternatives products, vetted by suppliers’ scientific teams, can help labs avoid disruptions.

In Canada, “The majority of provincial governments, Ontario included, have opted to take a precautionary approach to limit quantities of most medications to 30-day supplies to ensure that all patients continue to have their medications,” according to a statement from the Ontario Pharmacists Association.

David Light, CEO of Valisure, an online pharmacy that tests the purity of the medications it provides, noted some shortages on both the pharmaceutical and laboratory sides of his business.

“A number of malarial drugs that are being used against COVID-19 are in short supply,” Light said, specifically citing chloroquine and hydroxychloroquine. “We are selling them only in limited quantities.”

“Distributors are rationing other drugs, too,” Light said.

Losartan (for high blood pressure), is among them. Rationing is not the same as not shipping, however.

McKesson reports allocating shipments of antibiotics, statins, antivirals, nebulizer solutions and respiratory medications. “All current allocations have been set at more than 100% of historical product usage,” the company said in a statement.

On Tuesday, Lilly assured the public that regular supplies of safe insulin are available. It said, “Lilly has received a few reports of U.S. pharmacies stating that insulin orders are not being fulfilled due to ‘manufacturer backorder.’ Lilly has informed wholesalers and others in the supply chain that we do not have any products on backorder, including insulin.”

Supply chain issues, with illnesses and stay-at-home mandates proliferating, are the primary cause of delays in shipping common medications drugs. The shortages associated with potential COVID-19 therapies are directly related to extraordinary demand.

On the laboratory side, liquid nitrogen supplies may vary by region, but appear to be steady. It is required for scientific freezers, NMR equipment, and the high precision lasers used by some biomedical parts manufacturers.

As Jim Belosic, CEO of SendCutSend.com told BioSpace, “We commonly use 800 to 1,200 liters of LN2 per day and, so far, supplies have been very steady from our vendors (Matheson, Praxair, and Airgas).

“Our LN2 is sourced from the Bay Area, and we were worried about supply issues since the state is under shelter-in-place orders. However, the industry has been classified as essential, so deliveries haven't been reduced,” Belosic said. He foresees no shortages.

In contrast, Savitra Sharma, founder and general manager of Third Waves Analytics, says the situation is “dire.” He is in communications with labs in California, Washington and New York. “Labs are running out of liquid nitrogen. Swabs are being rationed. N95 masks are being hoarded by companies in non-healthcare industries.”

Repairs and installations pose another challenge. Valisure is experiencing delays in installing new lab equipment. “We’re in Connecticut (now under a stay-at-home advisory) and many of the service technicians are in New York and Boston,” Light said. All three states are under stay-at-home orders for non-essential personnel.