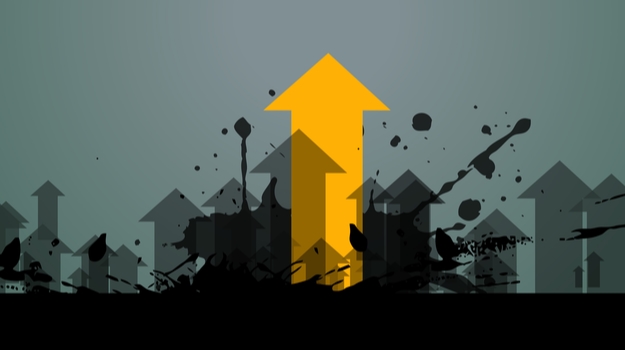 Small biopharma companies continue to be on the forefront of innovation. They’re becoming more responsible for much of the pharmaceutical industry’s drug development pipeline. For example, young biotech companies developed about 65% of the new drug therapies approved in 2018 in the U.S., according to pharmaceutical research company Iqvia.

With this in mind, Biospace recently analyzed key emerging cell and gene therapy companies to get a handle on how this evolving science is beginning to make its way from research into clinical applications. Several cell and gene therapies have been launched in global markets. Moreover, the number of clinical trials continues to grow.

Gene and cell therapy entail the use of genes and cells to treat certain illnesses.

In gene therapy, the gene therapy companies' scientists used genetic material to treat gene-based diseases. The actual treatment may involve adding a copy of a gene or altering a gene by making a mutation to the gene. The treatment could occur either in or outside of the body. Researchers apply modified viruses or other vectors in order to get the genes into the genome within the cells.

Cell therapy uses cells removed from a patient or a donor as a treatment for that patient. Most often these are stem cells, which might be altered genetically. The removed cells or donor cells are treated with gene therapy and then returned to the patient. They may be injected, grafted or implanted into the patient. They might be T-cells that fight cancer cells.

Abeona Therapeutics’ clinical programs include EB-101, its autologous, gene-corrected cell therapy for recessive dystrophic epidermolysis bullosa, as well as ABO-102 and ABO-101, AAV9-based gene therapies for Sanfilippo syndrome types A and B (MPS IIIA and MPS IIIB), respectively. It's among the popular gene therapy companies and its AAV9-based gene therapies also include ABO-202 and ABO-201 for CLN1 disease and CLN3 disease, respectively inherited disorders that affect the nervous system.

In December 2019, Abeona Therapeutics closed its underwritten public offering, with a gross offering size of approximately $103.5 million, at a public offering price of $2.50 per share.

The company’s EB-101 for recessive dystrophic epidermolysis bullosa is currently in Phase III clinical trials. ABO-102 for treating Sanfilippo Syndrome Type A and ABO-101 for treating

Sanfilippo Syndrome Type B are in Phase I/II clinical trials.

In April, Athersys closed its previously announced underwritten public offering of 25,587,500 shares of its common stock, par value $0.001 per share of common stock, at a price to the public of $2.25 per share. Gross proceeds to Athersys from the offering were approximately $57.6 million.

The company’s most advanced program in its development pipeline involves exploring the treatment of ischemic stroke. The potential for MultiStem to treat ischemic stroke is being evaluated in a registrational trial in Japan and in a pivotal Phase III clinical trial being conducted primarily in North America and Europe under an FDA Special Protocol Assessment. This  program received the Fast Track designation, as well as the Regenerative Medicine Advanced Therapy designation from the FDA.

Asklepios BioPharmaceutical, located in Research Triangle Park, NC, is a fully integrated AAV and one of the popular gene therapy companies whose pipeline includes clinical-stage programs in Pompe disease and congestive heart failure, and a growing preclinical portfolio of therapeutics targeting neuromuscular, central nervous system and other diseases, as well as out-licensed clinical indications for hemophilia and Duchenne muscular dystrophy.

The company’s gene therapy platform includes Pro10, a proprietary cell line manufacturing process, and an extensive AAV capsid and promoter library. The company holds more than 500 patents in areas such as AAV production and chimeric and self-complementary capsids.

In June, Asklepios received an international patent application from the World Intellectual Property Organization (WO/2020/076892) for the company founder’s regulated gene editing system. This system applies the advantages of gene editing while limiting genome-wide off-target effects, immunogenicity, and repeat dosing challenges that can potentially occur when using CRISPR technology.

Autolus is developing next generation, programmed T cell therapies for treating cancer. Using its proprietary T cell programming technologies, the company is engineering precisely targeted, controlled, and highly active T cell therapies that are designed to better recognize cancer cells, break down their defense mechanisms and eliminate these cells. Autolus has a pipeline of product candidates in development for the treatment of hematological malignancies and solid tumors.

In January, Autolus closed its underwritten public offering of American Depositary Shares (“ADSs”) in the U.S. Autolus sold 7,250,000 ADSs representing 7,250,000 ordinary shares at a public offering price of $11.00 per ADS. The gross proceeds to Autolus are approximately $80 million.

AUTO1 is Autolus’ most advanced program and recently entered a pivotal study in adult ALL and is also being evaluated in a Phase I study in pediatric ALL.

In March, ElevateBio closed a $170 million Series B financing that will support and accelerate the company’s growth.

Editas Medicine, located in Cambridge, MA, is translating the potential of the CRISPR/Cas9 and CRISPR/Cas12a genome editing systems into a pipeline of treatments for people living with serious diseases. It intends to develop, manufacture and commercialize precision genomic medicines for a broad class of diseases.

In June, Editas Medicine closed its underwritten offering of 6,900,000 shares of its common stock at a public offering price of $31.25 per share. Gross proceeds from the offering were approximately $215.6 million.

The company is using CRISPR, a genome editing technology, to develop new genomic medicines. Among the company’s programs, its first in-vivo CRISPR gene editing trial for treating Leber congenital amaurosis 10, an eye disorder, has been initiated. An IND filing for sickle cell disease is targeted for the end of 2020. In oncology, the company plans to start IND-enabling studies for allogeneic natural killer cell medicine in mid-2020.

Freeline, located in Stevenage, UK, is focused on AAV-based gene therapy targeting the liver. It is one of the most reputed gene therapy companies which is targeting those suffering from chronic, systemic diseases using gene therapy as a one-time treatment to provide a potential functional cure.

According to the company’s drug development pipeline, treatments for hemophilia and Fabry disease are in Phase I/II clinical trials.

The company is designing therapies for targeted delivery of genetic payloads that include multiple large genes across a broad array of tissues, and to be redosable for treatment throughout a patient’s life.

Generation Bio has some liver therapeutics in pre-clinical development, and some retina therapeutics undergoing lead optimization.

JW Therapeutics, located in Shanghai, China, was founded in February 2016. It is among those gene therapy companies that are focusing on building an innovation platform for cell immunotherapy.

The company has obtained the first approval for the clinical trials of CAR-T product targeting CD19 biomarkers involved in disease, with a large patient enrollment trial under an IND pathway, which enhances its position in clinical studies of CAR-T in China.

In June, JW Therapeutics completed a $100 million Series B round financing, bringing the total capital raised to over $200 million. The company intends to use the proceeds to further advance its lead product JWCAR029, a CAR-T cell product targeting CD19 in clinical Phase II; to further build-out a pipeline, and to gear up commercialization capabilities to support product launch.

Passage Bio, based in Philadelphia, PA, is developing therapies for rare, monogenic central nervous system diseases with limited or no approved treatment options. The company has a strategic research collaboration agreement with the University of Pennsylvania and its gene therapy program. The company has a development portfolio of six product candidates, with the option to license six more, with lead programs in GM1 gangliosidosis, frontotemporal dementia, and Krabbe disease.

In February, Passage Bio announced the pricing of its initial public offering of 12,000,000 shares of common stock at a public offering price of $18.00 per share. The gross proceeds from the offering totaled $248.4 million.

The company has several therapeutic candidates in the IND (Investigational New Drug)-enabling phase, including one for treating GM1 gangliosidosis, an inherited rare and fatal pediatric disease. But in mid-August, Passage Bio’s first attempt to develop a GM1 gangliosidosis gene therapy treatment ran into a roadblock in the form of a clinical hold.

Passage Bio disclosed in its quarterly report that the FDA placed a clinical hold pending risk assessments for its experimental treatment PBGM01, which the company is developing in collaboration with the University of Pennsylvania. The company’s first IND for PBGM01 was placed on clinical hold pending additional risk assessments of the biocompatibility of the proposed intra-cisterna magna (ICM) delivery device. The ICM route of administration delivers PBGM01 directly to the brain into the cisterna magna, a space within the lower portion of the brain, with techniques and delivery devices commonly used both in current medical practice and other clinical trials, including those for gene therapy.

Passage Bio is evaluating options for conducting additional risk assessments while it awaits official written feedback from the FDA. The company expects to initiate dosing of its Phase I/II trial late in the fourth quarter of 2020 or early in the first quarter of 2021 and remains on track to report initial 30-day safety and biomarker data late in the first half of 2021.

Poseida, based in San Diego, CA, is using its proprietary gene engineering platform technologies to create next generation cell and gene therapeutics as cures. It is one of the first gene therapy companies which are developing product candidates based on core proprietary platforms, including its non-viral piggyBac DNA Modification System, Cas-CLOVER site-specific gene editing system, and nanoparticle- and AAV (adeno-associated virus)-based gene delivery technologies. The platform technologies can find use across many cell and gene therapeutic modalities.

Seattle, WA-based Sana Biotechnology is engineering cells as patient therapeutics. The company’s goal is to repair and control genes and replace missing or damaged cells in patients. The company employs more than 200 scientists, engineers, clinicians and biotechnologists.

In June, Sana announced the funding of all tranches of its initial financing, raising more than $700 million. The company launched in January 2019. Its efforts include making cells at scale ex-vivo to replace any damaged or missing cells in the body. Sana also is working on in-vivo delivery to specific cell types of any payload – including DNA, RNA, and proteins to reprogram cells.