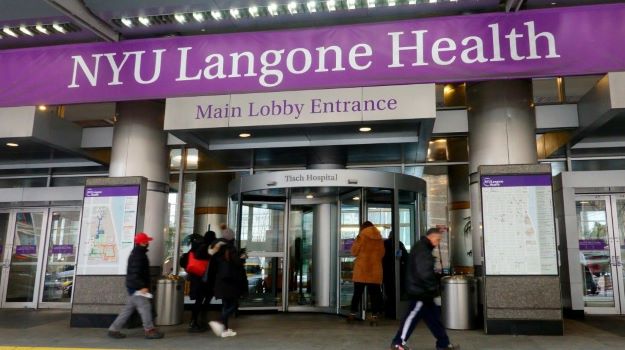 Surgeons from NYU Langone Health recently hit a major milestone in transplantation science after successfully attaching a pig's kidney to a human patient and watching it work for several hours.

First reported by USA Today, scientists took a kidney that had been growing in a genetically altered pig and used it on a human patient who was already brain dead. They found the kidney to work immediately in producing creatinine and urine in the 54 hours they observed it post-attachment. While the experiment is still a long way toward actual application, the findings represent a significant milestone in transplant surgery.

In the U.S. alone, there are over 100,000 on the waitlist for a transplant, more than 90,000 of whom are in dire need of a new kidney. There are also more than 500,000 people diagnosed with kidney failure in the country and undergo dialysis treatments regularly. Many of these patients are not qualified to receive transplants mainly because of the shortage of viable organs.

With that said, knowing that a pig's kidney could be an alternative presents a silver lining. The research has not yet been published in any medical journal, nor has it been peer-reviewed.

In September, the NYU Langone Transplant Institute scientists used a kidney from a pig that they had been genetically engineering for the purpose of producing organs for potential human use. The kidney was then attached to the blood vessels in the upper leg and was, hence, transplanted from outside of the body. The receiving patient had already been diagnosed with brain death and was only living through a ventilator.

According to Dr. Robert Montgomery, the director of the institute and the specialist who performed the transplant, the fact that it worked outside of the body is a strong indicator that it might work inside as well.

"It was better than I think we even expected. It just looked like any transplant I've ever done from a living donor. A lot of kidneys from deceased people don't work right away, and take days or weeks to start. This worked immediately," said Dr. Montgomery in an interview with The New York Times.

The scientific community had mixed reactions to the experiment, with some in awe at the breakthrough and others remaining skeptical, asking that more data and testing be conducted before making any conclusions. Others also wondered if the results would be reproducible, especially as xenotransplantation, or the use of organs between different species, is still a widely debated and unclear subject.

Pigs are often the animal of choice for organ procurement as they mature faster, are easier to raise, and can achieve their human form in just six months. Pig heart valves are sometimes used for transplantation in humans. Some patients diagnosed with diabetes have been given cells from pig pancreas, while pig skin has been used to replace the skin temporarily in people who suffered severe burns.