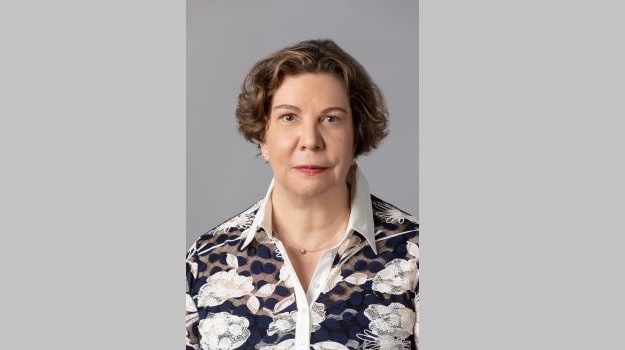 Science and art, on the surface, appear quite different, but a deeper analysis reveals they actually are inexorably intertwined. Throughout history, many of the advances that drove science have appeared, independently, in the art of the day.

Therefore, it is not surprising that many of the world’s physicians and scientists have an abiding love for the arts. For Cornelia Haag-Molkenteller, M.D., Ph.D., CMO at Urovant Sciences, that means modern art and music – in particular, opera. Haag-Molkenteller fell in love with opera as a child, when her father took her to her first performance at about age 11. Now she sits on the board of the Los Angeles Opera.

Her career as a physician and scientist is guided by a combination of logic and creativity. “There are a lot of women in R&D, typically,” she told BioSpace. “R&D requires a very structured way of seeing things and evaluations. It’s very logical.”

Her medical and scientific training provides the foundation for the intuitive leaps – some might say art – that are necessary for her work as a physician. “I’m an M.D. That’s my primary focus,” she stressed. “Medicine isn’t considered an exact science. It has a strong biological element that isn’t always predictable, so decisions can’t be made by just running an algorithm. In that way, it’s a bit of an art that is based on facts and scientific evidence.”

She attended medical school at the Johann Wolfgang Goethe-Universität in Frankfurt am Main in Germany, where she received both her M.D. and Ph.D. degrees, “I started in general surgery. Urology was my elective during my internship and after a couple of years of residency in general surgery, I switched to urology,” she said. “Urology is a holistic specialty. You diagnose, treat and provide the after-care for patients, and I like that.” She found she also enjoyed the endoscopic and cystoscopic aspects in urology to diagnose and treat specific conditions of the upper urinary tract, the bladder and other parts of the lower urinary tract. Urology became her calling.

Urology is garnering increasing interest throughout the medical and drug development ecosystem, and not just because November is Bladder Health Month. “People are aging and living longer,” Haag- Molkenteller explained, so the number of people with urological issues is increasing. “This affects large parts of the population, but it’s not a topic that people like to talk about. Yet, it affects their lives severely.

Haag-Molkenteller has a hand in improving their situations. One of her most notable achievements was the clinical development of Allergan’s onabotulinumtoxinA for neurogenic detrusor overactivity, which affects patients who have such diseases as spinal cord injury or multiple sclerosis. “This is a special form of overactive bladder,” she noted. Treatment involves injecting this form of BOTOX into the bladder. In addition, she oversaw the development of BOTOX for patients suffering from overactive bladder. This occurred alongside other developments during her last position at Allergan (now AbbVie), where she was the VP and therapeutic area head in global clinical development for women’s health and internal medicine, including anti-infectives and urology.

When Haag-Molkenteller joined Urovant in 2018, the media heralded this as a coup for the company. For her, however, it was part of a natural progression. “Big and larger mid-size pharma is a very good training-ground, I tell young people. It can be huge and bureaucratic, yes, but overall, it knows what it’s doing. After having gained a few years of experience, it may be good to make a switch to a smaller, more entrepreneurial company, but you need a good foundation first.”

Urovant was a start-up when she joined as CMO. “It was very small and focused on my specialty, and that attracted me. I am a urologist and never wanted to be anything else. I met the people and felt Urovant’s team members and concept were interesting and that it would be a great company to join,” she recalled.

Haag-Molkenteller called what has emerged, “the Urovant way.” It’s based around open communication, collaboration and stretching people’s capabilities. “We’re not a start-up anymore, but you still have to wear several hats and do what’s needed.” Her willingness to explore different avenues and to encourage entrepreneurial approaches “while adhering to the rules and not taking shortcuts” is one of the hallmarks of her leadership.

At Urovant, Haag-Molkenteller is looking forward to expanding the pipeline beyond the current two programs. One program, GEMTESA® (vibegron), Urovant’s β3 adrenergic receptor agonist that selectively activates β3 receptors to relax the bladder muscle and improve urine storage, is still in development to treat overactive bladder in men with benign prostatic hyperplasia.

Additional data on GEMTESA's efficacy and safety were presented recently at the American Urological Association’s annual meeting in September.  An article just published in Blood Pressure Monitoring showed that GEMTESA did not have any relevant effects on blood pressure.

Urovant’s other investigational product, URO-902, is a gene therapy for patients with overactive bladder symptoms who have failed oral pharmacologic therapy. It is in clinical trials now.

In her free time, Haag-Molkenteller said she hopes to resume learning Japanese. When she becomes conversant, it will be her fifth language, behind German, English, French and Spanish. “I started and got busy. I’ve never learned a language where I can’t read the letters,” she said, so this is a challenge I am very interested in taking up.

“Urovant is a wholly owned subsidiary of Sumitovant Biopharma Ltd., which is a wholly-owned subsidiary of Sumitomo Dainippon Pharma. Sumitomo Dainippon Pharma is among the top-ten listed pharmaceutical companies in Japan, operating globally in major pharmaceutical markets, including Japan, the U.S., China and other Asian countries, but learning Japanese has nothing to do with that,” she explained.

“My father had lived in Japan for a while and took my brother and me to Japan as children.” Because he spoke some Japanese, he was able to take his family into parts of the country where English wasn’t much spoken. As a result, Haag-Molkenteller appreciates Japanese culture and is eager to explore it more fully.