Is a CDK7 Inhibitor the Answer to Killing Prostate Cancer? 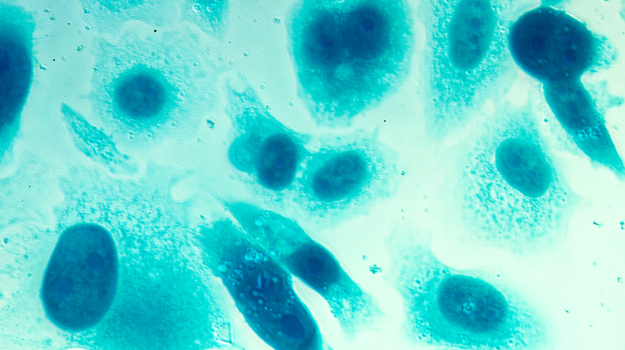 Researchers may have found a new manner of treating a deadly form of prostate cancer by blocking a specific protein.

This morning, scientists from the Abramson Cancer Center at the University of Pennsylvania said that blocking or inhibiting the enzyme CDK7 is able to kill prostate cancer cells that have spread and become resistant to other therapies. The researchers found that CDK7 has a role as an “on/off” switch for Med-1, which they said is a “process that works in partnership with the androgen receptor to drive prostate cancer growth.” In mice models, the researchers found that turning the switch off will eventually lead to the death of cancer cells as part of a chain reaction. The research was published in Cancer Discovery.

The current course of treating prostate cancer is through androgen deprivation therapy (ADT), which reduced the number of androgens in the body. Androgens fuel prostate cancer cells. However, oftentimes over the course of treatment, many patients become resistant to the therapy and the prostate cancer can grow and spread. When this occurs, it becomes known as metastatic castration-resistant prostate cancer (CRPC). As the U. Penn researchers note, there are currently two drugs approved in the United States for CRPC, Johnson & Johnson’s Erleada and Pfizer and Astellas’ Xtandi. While these drugs are approved and more are being studied as potential treatments, such as AstraZeneca’s Lynparza, the researchers said many patients with CRPC see “little or no long-term survival benefit from these therapies.”

Because the androgen receptor is the main driver of the disease, the researchers said “taking away its function” is a critical component of care. But so far, most drugs have not been as successful as hoped for, given the disease’s resistance. That’s why the researchers opted for a different approach with Med-1, which the scientists have taken to calling “AR's co-pilot.”

Irfan A. Asangani, the senior author of the University of Pennsylvania study, said AR (androgen receptor) needs Med-1 as its partner. By turning off Med-1 and depriving AR of its co-pilot, the cancer cannot grow and the cells eventually die, Asangani said in a statement. By using an inhibitor to turn off CDK7, the researchers were able to kill the CRPC cells in both a lab setting and animal models. Additionally, the researchers said they saw “very limited off-target effects” when using this approach, meaning that, at least in animal models, it’s a safe method of treating the disease. Healthy cells have redundancies in place to deal with the loss of Med-1, the researchers added, further noting that only the cancer cells were affected by the technique.

"Our theory is that these cancer cells are addicted to Med-1 and AR but other cells are not, so we're essentially cutting them off from their addiction," Asangani said.

CDK7 inhibitors are already being tested in Phase I trials for other cancers, including breast cancer and glioblastoma. Asangani said the data generated by their research provides a rationale for them to be fully tested as a therapy for CRPC.