Research Roundup: Science One Step Closer to Growing Organs in a Dish 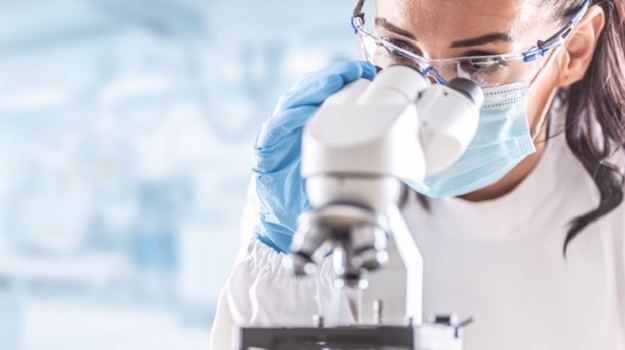 Although it seems like science fiction, we may one day be able to grow replacement organs and tissues. Our ability to manipulate stem cells is accelerating, and new research places that goal much closer. For that and more reach news, continue reading.

Research has come a long way in manipulating stem cells in the last decade or two. In theory, it would be possible to use stem cells to grow into whatever type of tissue — even organs — you want. Recent research out of the University of Copenhagen has identified a new step in the development process that puts them one step closer to making that possible. The research was published in the journal Nature Cell Biology.

“Very simply put, a number of recent studies have attempted to make a gut from stem cells in a dish,” Martin Proks, a Ph.D. student at the University of Copenhagen and one of the primary authors from Novo Nordisk Foundation Center for Stem Cell Medicine at the university said. “We have found a new way to do this, a way which follows different aspects of what happens in the embryo. Here, we found a new route that the embryo uses, and we describe the intermediate stage that different types of step cells could use to make the gut and other organs.”

They evaluated pluripotent stem cells and endoderm extra-embryonic stem cells. The extra-embryonic endoderm cells are a new stem cell line described a few years ago that contributes to the gut organs. They act as support cells that provide membrane nourishment. Using the newly identified “alternative route,” they took extra-embryonic endoderm stem cells and developed them into intestinal organ-like structures in a dish. This new alternative process allows them actually to form organoid structures. To do this, they created a new computational tool that compared clusters of cells that were candidates to form organs associated with the digestive tract, including the liver, pancreas, lung and intestine. They are still having challenges maturing the cells into fully functioning organs, but the findings offer new approaches.

Molecule that Stimulates the Formation of New Insulin-Producing Cells

Researchers at Karolinska Institute identified and tested a small molecule that can stimulate the regeneration of insulin-producing beta cells. They demonstrated this in zebrafish and mammalian tissue. They believe it has the potential to be a new target for treating diabetes. The molecule binds to a protein called MNK2, regulates mRNA translation and boosts protein synthesis. In both zebrafish and pig tissue, they demonstrated that it could induce the formation of new pancreatic beta cells and stimulate the expression of insulin in human organoids.

Dark Matter of the Genome Mutations Linked to Cancer

For a long time, non-coding sections of the genome were dubbed “junk DNA” because they didn’t understand what it did. Then they discovered that much of it played a role in regulating gene activity. Now, researchers with Dana-Farber Cancer Institute are finding a link between non-coding mutations and cancer risk. They found that in many cases, mutations in non-coding parts of the genome have an epigenetic effect, which is to say, they change how tightly the DNA at those locations is wrapped. That affects the ability of other segments of DNA or specific proteins to bind to those locations, which influence cancer genes. For example, more than 300 mutations have been identified linked to an increased risk of breast cancer. But less than 10% are within genes, and the rest are in non-coding regions. From their research, they developed a database of mutations that can be linked to cancer risk via a known biological mechanism.

Molecule in Mosquito Spit is New Target for Several Diseases

Investigators with the University of Leeds identified a molecule in mosquito spit called sialokinin that might be a new target for vaccination against various diseases, including Yellow Fever, Dengue and Zika. Sialokinin makes it easier for several types of viruses to move from mosquitoes to humans. Previous research found that sialokinin could alter the function of blood vessel cells grown in a Petri dish, which allowed for increased blood flow and more effective mosquito feeding. The molecules make blood vessels more permeable, allowing contents to leak out into the skin, which helps viruses infect cells. They also found that sialokinin isn’t found in all mosquitoes’ spit, such as Anopheles, the dominant vector for transmission of malaria, a parasite. These mosquitos cannot spread most viruses.

A large study out of the University of Exeter and Oxford University evaluated data from more than 200,000 people 60 years or older of European ancestry in the UK Biobank. They identified people diagnosed with cardiometabolic disorders such as diabetes, stroke, a heart attack, or any combination of the three and who went on to develop dementia. They found that the more people had these three conditions, the higher the risk of dementia. People with all three were three times more likely to develop dementia compared to people with a high genetic risk of dementia. They published the research in The Lancet Healthy Longevity.

“Dementia is a major global issue, with predictions that 135 million worldwide will have the devastating condition by 2050,” Dr. Xin You Tai, lead author and doctoral student at the University of Oxford, said. “We found that having such heart-related conditions is linked to dementia risk to a greater extent than genetic risk. So whatever genetic risk you were born with, you can potentially make a big impact on reducing risk of dementia by looking after heart and metabolic health throughout life.”