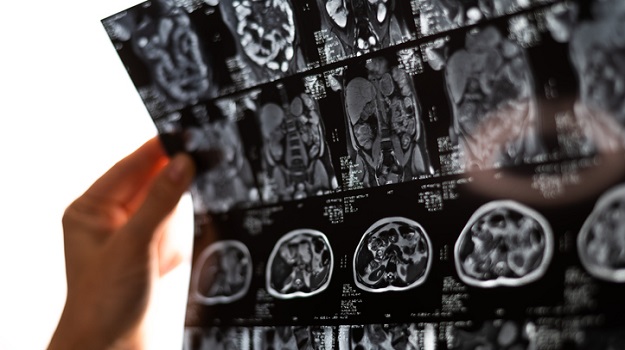 Researchers reported that activation of the CBP/p300 protein family led to increased axon growth, regenerative signaling and synaptic plasticity in the spinal cord after injury in mice.

The study, led by Imperial College London, used a molecule called TTK21 to activate the genetic program to induce axon regeneration in neurons. During this process, TTK21 changes the epigenetic state by activating the CBP/p300 family of co-activator proteins, effectively leading to increased axon regeneration.

In the study, researchers began treating the mice 12 weeks after severe spinal cord injury and continued for 10 weeks. They found axon sprouting in the spinal cord and retraction of motor neurons above the injury. These changes are believed to have been spurred by increased gene expression related to regeneration, which the researchers attributed to the TTK21 treatment.

The results, while early and limited, are a step toward potential treatments for spinal cord injury.

The next steps will be to enhance the effects of the treatments and trigger the regenerated axons to connect to the rest of the nervous system. The ultimate goal is to enable animals, and eventually people, to regain movement lost from their injuries.

In a recent attempt to decode the long-term impacts of COVID-19, researchers built a dataset from the national healthcare databases of the US Department of Veterans Affairs.

Upon examination of the data sets, the researchers noted an increased risk in a series of neurological consequences. These included: ischemic and hemorrhagic strokes, episodic disorders, extrapyramidal and movement disorders, mental health disorders, musculoskeletal disorders, sensory disorders, Guillain-Barré syndrome and encephalitis or encephalopathy.

These numbers were not impacted by the severity of the infection or the need for hospitalization. The researchers note the sample set comprised a majority of white men, so further exploration into other demographic groups may be necessary for future studies.

Octagon will bring its functional target discovery approach and novel chemistry approach, while Novo will contribute its specific disease expertise.

Uli Stilz, vice president of the Bio-Innovation Hub at Novo Nordisk, commented on the synergies.

“Combined with our disease understanding in the cardiometabolic space and Octagon´s approach in targeting specific lymphocyte populations that drive disease progression, it will be exciting to see what therapeutic discoveries the collaboration can lead to,” he said.

Regen BioPharma announced the filing of a provisional patent application for its RNA/DNA-based approach to cancer immunotherapy.

The patent pertains to what Regen believes is “the first combination of an immunotherapy and a gene silencing agent in a single drug.”

The novel composition acts as a checkpoint inhibitor drug that also silences the genes that regulate T-cells and cancer cells such as NR2F6 and Survivin.

The new drug takes advantage of aptamers - a short RNA or DNA sequence that can also function as an antibody, recognizing specific proteins and binding to them. The proprietary sequence codes for inhibitory RNA, while keeping the aptamer intact on the other side. When it binds to a checkpoint such as PD-1, that RNA is converted within the cell, thus killing it.

Used to target cancer cells, this could lead to better disease control and treatment. There is also hope that this process could be used to activate T cells, improving their immunotherapeutic potential.

Current CAR-T therapies approved by the FDA in treating blood cancers are limited by their level of toxicity and cost of production. Researchers from the Toronto General Hospital Research Institute, University Health Network, reported a new version of these therapies that did not have these drawbacks.

The researchers found healthy donor-derived allogeneic DNTs as a CAR-T cell therapy platform had high levels of efficacy in both the human and mouse models.

The researchers found the DN CAR-T cells were as effective as previously studied CAR-T cells but did not have the associated toxicity levels. They also come with the advantage of being made from mixed donors and remained effective even after being frozen for long periods of time. This feature could potentially overcome manufacturing challenges in the space.