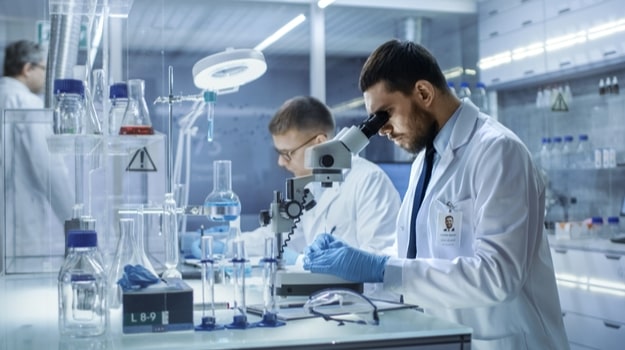 Researchers at Kumamoto University identified the L452R mutation of the COVID-19 spike protein, which is found in both the Epsilon and Delta variants, as being involved in cellular immunity evasion by way of the human leukocyte antigen (HLA) A24. And it is this that enhances the virus’s infectiousness. HLA-A24 is one of the most prominent HLA-class I alleles, particularly in populations in East and Southeast Asia.  Acquired immunity is split into humoral immunity mediated by neutralizing antibodies and cellular immunity mediated by helper and killer T cells. The Alpha and Beta variants, which are “variants of concern,” have typically been studied for the possibility of humoral immunity evasion, but not generally for cellular immunity evasion.

In this study, they demonstrated that an antigen from the SARS-CoV-2 spike protein is recognized by HLA-A24-restricted cellular immunity, often found in Japanese people. The researchers conducted a large-scale sequence analysis of the viral strains and identified several significant mutations in the spike protein region that is typically recognized by HLA-A24. These are the Y453F spike mutations in strain B.1.1.298, prevalent in Denmark in 2020, and the L452R mutation in B.1.427/429 and B.1.617 (Epsilon and Delta, respectively). Continued immunology assays showed the mutations escape HLA-A24 cellular immunity, which they believe is the first time a “variant of concern” has been shown to evade cellular immunity.

“The L452R mutation is a hallmark of the Delta variant that is currently spreading worldwide, and in Japan, about 60% of the population have HLA-A24, which is responsible for cellular immunity,” said Chihiro Motozono, leader of immunology in the study. “The L452R mutation not only evades the HLA-A24 cellular immunity but can also enhance the infectivity of the virus. We have been carefully investigating the immune response against emerging SARS-CoV-2 variants in real-time to monitor how the mutations affect human immunity and viral infectivity.”

Vitamin C is a Key Ingredient to Immune Cell Function

Researchers at La Jolla Institute for Immunology appear to have confirmed something often thought—that Vitamin C appears to help your immune system. Specifically, regulatory T cells (Tregs) help to control inflammation and autoimmunity. Their research suggests that Vitamin C and TET proteins work together to stabilize induced Tregs (iTregs). Another form of epigenetic change involves changes in DNA accessibility, which is to say, how tightly or loosely DNA is coiled. The team also found that TET proteins are required for maintaining the gene expression and epigenetic aspects that make Tregs work and adding Vitamin C caused iTregs to have similar gene expression and epigenetic features as normal “wild type” Tregs in the body.

A Shot at A Single Shot to Treat All Coronaviruses

A group of researchers from the University of Toronto, the European Bioinformatics Institute in the UK, and Cyclica in Toronto, analyzed viral proteins across 27 coronavirus species and thousands of samples of COVID-19 patients. They identified highly conserved sequences that might make for the best drug targets. Although so-called “druggable” pockets on proteins might change from mutations, some are so essential to the function of the protein that they don’t mutate and are generally conserved over time in related viruses. They used a computer algorithm to identify drug-binding pockets in the three-dimension structures of 15 SARS-CoV-2 proteins, then found corresponding proteins in 27 other coronavirus species. They then identified the two most conserved druggable targets, which were a pocket overlapping the RNA binding site of the helicase nsp13, and a binding pocket holding the catalytic site of the RNA-dependent RNA polymerase nsp12. Both are involved in viral RNA replication and transcription. The study was published in the Journal of Proteome Research. They believe this could be a key to developing a drug that attacks all of these strains.

An international group of researchers led by Jeffrey Weitz at McMaster University in Hamilton, Ontario tested abelacimab against enoxaparin in 412 patients having knee replacement surgery. They found that a single injection of abelacimab prevented blood clots for up to a month after the surgery and decreased the risk by about 80% of blood clots compared to enoxaparin without increasing bleeding risk. Patients who undergo knee replacement are typically given a shot of enoxaparin or other anticoagulants that require daily doses. But abelacimab, given after surgery, appeared to do a better job long-term of preventing clots in the veins in the leg. Abelacimab is an antibody that binds to the inactive and activated forms of factor XI, a clotting factor, preventing activation, halting clot formation.

Scientists at Michigan State University led an international team of researchers to develop a low-cost biopolymer dressing that can help heal chronic wounds. The wounds in question are typically venous leg ulcers and pressure ulcers linked to immobility in older and paralyzed patients, as well as diabetic foot ulcers. The biopolymer dressing began with a flexible framework of nanofibers made of natural polymers, including collagen. That acted as a 3D scaffold. They then incorporated proteins, peptides and nanoparticles that stimulate the growth of new cells and blood vessels while fighting off bacteria by encouraging the patient’s immune cells. The dressing also degrades over time, so it would not need to be removed or changed. At this time the price is about $20 each, making it very affordable.

“CSF biomarkers work similarly to a pregnancy test, offering a simple positive or negative result when enough of a substance is detected,” said Katheryn AQ Cousins, lead investigator and research associate in the Frontotemporal Degeneration Center in the Department of Neurology at Penn Medicine. “But like a pregnancy test, biomarkers for Alzheimer’s disease can provide false negatives or positives. Alzheimer’s is a diverse disease, and it is common for other conditions also to be present in the brain. The ATN framework may provide a more complete look at a person’s diagnosis and give us a much richer understanding of not only Alzheimer’s disease, but other co-occurring neurodegenerative conditions. However, to accomplish this, additional biomarkers that can detect other neurodegenerative conditions are critically needed.”