A New Rapid Test for ALS Toxin BMAA to be Produced

JACKSON, Wyo., March 21, 2022 /PRNewswire/ -- An agreement was reached today between Arlington Scientific, a Utah based manufacturer of medical test kits, and the Brain Chemistry Labs, a not-for-profit research institute in Jackson Hole for the development of a rapid, easy-to-use test for the cyanobacterial toxin BMAA which has been implicated as a risk factor for ALS and other neurodegenerative diseases. 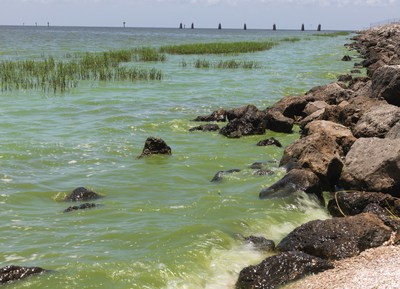 This agreement comes on the heels of an important new article by scientists at Arizona State University who conclude that BMAA, a toxin often present in cyanobacterial blooms, causes ALS, a devastating fatal paralytic disease.

"Given the 35-year history of Arlington Scientific in supplying state-of-the-art medical diagnostic kits to researchers and physicians throughout the world, we are delighted to partner with the Brain Chemistry Labs to produce a rapid lateral flow kit to reliably detect BMAA in water supplies and seafood," said Arlington Scientific's CEO Ben Card. "There has been a strong need for a rapid and reliable way for researchers, physicians, water managers, and lay people to detect the presence of BMAA in environmental samples."

Dr. Paul Alan Cox, Executive Director of the Brain Chemistry Labs, added, "We are thrilled that the basic research developed in our laboratory will now be made broadly available through Arlington Scientific. With their long experience in manufacturing medical diagnostic kits, they are in a good position to translate our basic research into a usable form."

Although genetic risk factors have been extensively researched, only 8-10% of ALS cases are familial. Environmental risk factors for ALS are believed to play an important role in the remaining 90-92% of cases which are sporadic.

Scientists at the Brain Chemistry Labs originally discovered BMAA to be produced by cyanobacteria during their extensive studies of an ALS-like disease in Guam.

In a paper published earlier this week in Science of the Total Environment, researchers at Arizona State University reviewed 1,710 scientific papers in an effort to rank possible environmental factors that potentially cause ALS. They used the Bradford Hill criteria, which is a way of measuring risk factors for disease causality.

BMAA was found to be the top supported environmental risk factor for ALS, and the only environmental factor that meets all nine Bradford Hill criteria.

While BMAA emerged from the Arizona study as the best supported causative factor, "BMAA is unlikely to be the most common cause of ALS," Dr. Cox cautioned. "Outside of Guam, exposure to BMAA is likely to occur only among people who live near contaminated lakes and waterways or who are exposed to desert dust storms containing cyanobacteria."

Currently, measuring BMAA in cyanobacterial blooms requires carefully trained scientists using expensive laboratory equipment. "We intend to develop a lateral flow immunoassay, much like a pregnancy test, which will provide a rapid and inexpensive way to detect BMAA by water managers, fishermen, and lay people," explains Ben Card. "Our hope is that rapid and accurate detection of BMAA can help people avoid unnecessary risks for ALS."