As Psychedelic Therapies Advance, Regulators Must Weigh Results against Safety 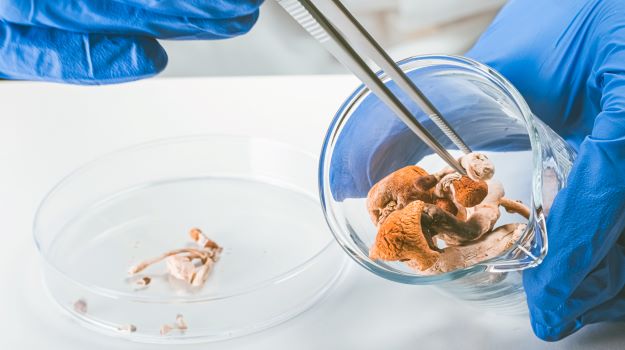 The psychedelic-assisted therapy space is trying to leave behind the stigma of the 1960s drug culture to become a mainstream therapy for multiple psychiatric conditions. But before it can overcome the popular perception of cotton candy skies, the groovy hallucinations of good trips, total freak-outs of bad trips and the sometimes-deadly results of either, it must be proven safe and be accepted by regulatory authorities, including the U.S. Food & Drug Administration.

“Most research around psychedelics does not show any risk of addiction,” Powell said. “There is, however, a risk of negative outcomes with people who are not properly screened. For example, with psilocybin (the active ingredient in magic mushrooms) there is a risk of psychosis or mania, especially among people who have a family history of either bipolar disorder or psychotic disorder.” The risk is present even for short-term use.

The risks can be managed with careful patient selection. That begins with a physical examination and assessing each patient’s mental health history to rule out any family history of psychosis, mania or bipolar disorder. Some compounds – ketamine, for example – enable a “non-ordinary state of consciousness experience (a ‘trip’). For that, you definitely need a full medical evaluation,” Powell said.

In 2018, research from Johns Hopkins suggested that if psilocybin passed Phase III trials, it should be recategorized from a Schedule I drug (which has no medical potential) to a schedule 14 drug, along the lines of prescription sleep medications, but with tighter controls.

Now, the bi-partisan Right to Try Clarification Act recently introduced into the U.S. Senate would make psychedelics and other Schedule 1 drugs accessible to patients who have exhausted other treatment options and are not eligible for clinical trials. The proposed Act would allow patients to be treated with unapproved potential therapies that have completed Phase I trials.

A Faster Path to Effective Results?

Executives from companies developing psychedelic-assisted drugs sometimes point out that these therapies help patients achieve results in months, rather than the years routine therapy typically takes, and that results last months or longer.

Johns Hopkins Medicine has been studying psychedelic treatments, including psilocybin, for decades. Research published by the university earlier this year in the Journal of Psychopharmacology reported that the effects of psilocybin-assisted therapy administered with supportive psychotherapy to treat major depressive disorder may last at least one year in some patients.

Such results aren’t universally achievable, though. “Making blanket statement claims is difficult because not everyone will respond,” Powell cautioned. “Some of the promotion in the media that indicates this could be an end-all, cure-all, be-all therapy for a lot of people, and with great speed, is a bit misleading. While that might be the case - which is really exciting - there also is a possibility that people will get worse.

“Sometimes we see a zig-zag phenomenon. When you’re exploring a non-ordinary state of consciousness, clients can have immense healing, but they also may relive traumatic experiences or very upsetting content,” she explained. A death experience is just one example of what can happen. “That can be incredibly profound.”

It can also be profoundly unsettling, as can other hallucinations. “During this therapy, patients may experience content that challenges some of their core beliefs of self, family or spirituality, or may enter an extreme spiritual crisis that takes some time to heal. That said, perhaps that is part of the accelerated healing process and perhaps we do need to go deep like that in order to heal.”

Of course, what any individual patient actually experiences varies. “People tend to receive the experiences that seem to be exactly what they need,” Powell said, whether those experiences are very spiritual or revisit a past trauma, or involve anything in between. One of the benefits is the ability to view and examine the experience – even the intense and scary ones – from a different perspective to find healing and resolution.

It's important that patients undergoing this therapy have those experiences in a safe environment with a trained therapist to help guide them through. “The hope is that patients would be alerted that (experiences can be intense and unsettling) and that they are prepared for it, that they have a proper guide and that the duration of treatment is long enough to get them through it,” she said.

To guide a patient through the experience of a non-ordinary state of consciousness, therapists need to be well-trained in this field. Ideally, Powell said they will be very experienced and will have had mentorships in this area because, “not only are they working with states of consciousness, they are dealing with a realm of therapy that most clinicians do not see in the office on a regular basis.”

Getting that training, at the moment, is difficult in the U.S. because psychedelics are Schedule 1 substances and, therefore, are tightly controlled. That’s beginning to change.

In 2020, Oregon became the first U.S. state to allow the use of psilocybin medically. This new therapy is available only in three-session increments that occur in state-licensed clinics. It is still being rolled out as therapists are trained and licensed. During the runup to the 2020 election, the Oregon Psychiatric Physicians Association campaigned against ballot measure 109 (which allowed the use of psilocybin), citing safety reasons.

Right now, psilocybin and LSD are generally illegal throughout the world. Internationally, psilocybin is legal in Canada under Health Canada’s special access programs (to treat specific illnesses) and Amsterdam (but not the rest of the Netherlands) and decriminalized in Portugal and Austria. In Spain, possession of quantities for personal use is decriminalized, but having large quantities for mass distribution comes with serious criminal penalties.

Local regulation around other psychedelics also appears to be loosening. Ketamine is being legalized in many areas. MDMA (3,4-methylenedioxy-methamphetamine) was designated a breakthrough therapy by the U.S. Food & Drug Administration in 2017 and was granted expanded access in late 2019. Now it is being used in multiple clinical trials in the U.S., Canada, the U.K. and Israel.

As psychedelics move toward the mainstream, Powell said she is concerned about health treatment disparities, in which some communities allow psychedelic therapy and others do not, as well as the ethical concerns of taking substances “that have been a part of some traditional cultures’ sacred rites and introducing them into the biomedical model.”

Overall, however, “It’s an exciting time in psychiatry, to have novel approaches for treatments,” Powell said. “I believe this will offer a beautiful path to healing.”