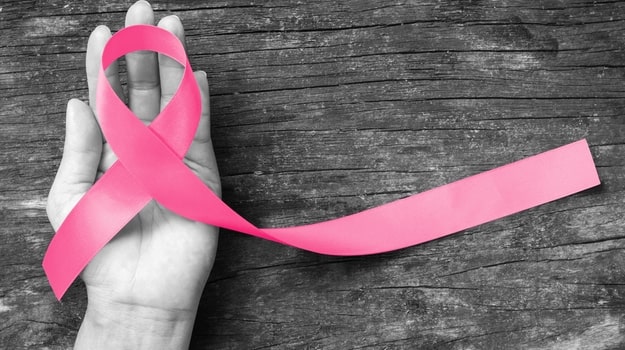 In their paper, published in Nature Communications, the group of researchers developed a machine learning algorithm to identify key patterns from cheap, easy-to-get tissue images, in order to better predict the type of breast cancer and to thus make smarter decisions about treatment.

Breast cancer is the most common form of cancer in women, with over 2 million new cases worldwide in 2018. Part of the difficulty of treating breast cancer is the genomic variability of the patient population, as well as the different forms the cancer can take.

Physicians must decide what course of treatment to take based on tools such as genome sequencing and histopathology, both of which can be timely and costly. “If I’m going to sequence the DNA of your cancer, that can take weeks, and could be expensive,” Agus said. “A patient, when they’re diagnosed with cancer, wants to know their treatment right away.”

Treatment can vary based on the type of breast cancer. As an example, certain invasive breast cancers grow in the presence of the estrogen receptor (ER). Blocking the estrogen signaling pathway via hormone therapy may then be a beneficial course of treatment for these patients.

“Our goal was to find a more accessible and cheaper way of doing the determination of receptor status from histopathology,” Naik said.

Histopathology in the realm of cancer diagnostics can take two major forms: immunohistochemistry (IHC) staining, or hematoxylin and eosin (H&E) staining. Rather than using IHC staining, which is laborious, expensive and prone to variation, the team relied on H&E staining to build their algorithm. H&E staining is fast and accessible, allowing the algorithm to be utilized even in countries which lack resources to do more advanced testing.

In order to build the ReceptorNet algorithm, the team utilized a framework known as multiple instance learning. The researchers trained the algorithm on thousands of H&E images, each annotated as ER positive or ER negative through human pathologist analysis.

“What the algorithm does is to sample sections, or patches, from this gigantic H&E image,” Naik said. “You’re trying to determine, that, if I give you a ‘bag’ of such patches, can you predict if this bag contains some signal for ER positivity, or not? If this bag was obtained from an ER positive image, there has to be some predictive signal. But if the bag is obtained from an ER negative image, then we know that there will not be a signal.”

By labeling each H&E image with the estrogen receptor status, the algorithm could then determine which image patterns were associated with which particular status.

“The algorithm iteratively learns what the features in these bags or sections are, that are responsible for this prediction,” Naik said.

When testing ReceptorNet on a new set of images, the algorithm reached over 90% accuracy when predicting the presence of estrogen receptor. They also found that the algorithm’s performance was statistically similar across cohorts of different race, continent, and menopausal.

“That’s a great sign that, from the data where we have reasonable representation of different groups, the algorithm will work equally well across the groups,” Naik said.

In the future, however, Agus is interested in exploring what that accuracy might exactly mean – and what the significance of the estrogen receptor might entail therapeutically.

“Is accuracy corresponding to what was there on the stain? Or is accuracy saying if you remove estrogen, the tumor will go away?” he asked. “Biological samples are somewhat messy – just because a sample has the estrogen receptor doesn’t necessarily mean that it is dependent on that signaling pathway. I think we need to look deeper now to understand the clinical significance, as well as the presence or absence of a marker.”

This means tracking the progress of the clinical decisions that are made from the diagnostic data ReceptorNet can provide, to see if certain subsets of patients respond better to certain therapies. Looking for these patterns in the clinic can then be used to inform the algorithm behind ReceptorNet – a circular relationship that benefits both the physician’s decision-making and the patient’s well-being.

In the future, the team looks to expand the algorithm behind ReceptorNet as a generalized tool for other cancers. While ReceptorNet itself focuses on identifying estrogen receptors in tissue images for breast cancer, the team can anticipate broadening the technique to look for biomarkers of other types of cancers.

“Every cancer is going to have a specific biology,” Agus said. “And that biology should be visualizable in the pattern of how cancer cells intersect with each other, where the nucleus is, where the blood vessels are – and that’s a function of the biology. We have multiple pilots now, looking at different cancers, and they are all very encouraging.”

Adding the discerning power of artificial intelligence to the doctor’s office may very well be the next stage of medicine. As seen in ReceptorNet, it’s a mutually beneficial partnership that helps to inform and personalize patient care.