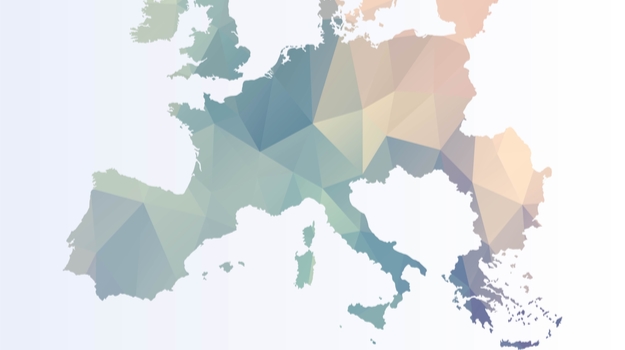 Although Boston and San Francisco are the biggest biotech clusters in the United States, Europe boasts its own set of hot spots for biopharma development. Global management consulting firm McKinsey & Company recently published, “Biotech in Europe: A strong foundation for growth and innovation.”

The report notes, “Biotech is entering its next S-curve of growth as companies work to transform an array of innovations—gene therapies, stem-cell treatments, antisense DNA, siRNA, CAR-T—into powerful new therapeutic tools. Yet more scientific and technological breakthroughs are on the horizon. Europe’s role in this industry continues to grow, and the region leads in many ways. However, European companies have an opportunity to play an even stronger role in the growth of an important and dynamic industry.”

One of the biggest differences between the U.S. biotech industry and Europe is the size of late-stage financing. Biotech companies in Europe tend to launch initial public offerings in the U.S. because they are three times bigger on the Nasdaq than on European exchanges. From 2012 through August 2019, when the report was published, about a third of European biotechs that filed for an IPO did so directly on U.S. exchanges, while 98% of follow-on launches by European biotech companies were in U.S. markets.

#1. United Kingdom. Although currently in flux with yet another Brexit deadline on October 31, the UK ranks at the very top in public funding, with 7,981 Horizon 2020 grants and 2,153 biopharma companies according to Bioscience and Health Technology Statistics 2018, which was published in May 2019. It ranks second in biopharma jobs, with about 121,000, and fourth in patents, with 276 granted and 549 applications in 2018. In October, Oxford, UK-based Summit Therapeutics released new data to explain a link between the data from its Phase II trial of ridinilazole for C. difficile infection. The drug showed superior efficacy compared to vancomycin.

#2. Germany. Germany’s tax structure and government bureaucracy are generally viewed as obstacles for biotech startups, but the Federal Ministry of Education and Research (BMBF) launched a stimulus program in 2005 dubbed GO-Bio. Some of the Germany biotech companies that started in the country include BioNTech, which launched its IPO on the Nasdaq on October 10, 2019 aimed at raising $150 million. And in September Hamburg-based Evotec partnered with Japan’s Takeda Pharmaceutical to develop at least five drug discovery programs across a broad range of indications.

Richard Mason, co-founder of the Foundation Institute for 21st Century Medicine, told Pharmaceutical Market Europe, “While Germany has produced far fewer biotech companies than you would expect, it’s definitely the place to watch.”

#3. France. On September 19, 2019, during “France Digitale Day 2019,” President Emmanuel Macron announced plans for a 5 billion-euro ($5.5 billion U.S.) development fund for early-stage digital health and other technology companies. This is part of Macron’s pledge when taking the reins of the country in 2017 to make France a “start-up nation.” In terms of biotech, Paris-based Cellectis, which focuses on allogeneic off-the-shelf CAR-T cells for cancer treatment, on October 1 signed a manufacturing deal with Swiss-based Lonza for Cellectis’ UCART product candidates for hematological malignancies.

#4. Spain. Spain shows up ninth in patents, with 95 granted and 299 applications in 2018, but fourth in number of companies, 713, and jobs, 67,716. It’s even stronger in public funding, with 6,154 grants. In September, the Spanish Association of Biotech Companies (ASEBIO) held an Investor Day event and investors from nine countries attended to discuss investing with representatives from 280 companies. Recently, Minoryx Therapeutics, based in Spain, completed recruitment for its Phase II clinical trial of its PPAR agonist leriglitazone (MIN-102) in Friedreich’s Ataxia. The FRAMES trial will treat 39 patients from four European countries.

#5. The Netherlands. As the result of Brexit, the European Medicines Agency (EMA) relocated its headquarters from London to Amsterdam, the Netherlands, in January 2019. That was a pretty big deal by itself, but in August 2019, the Netherlands Foreign Investment Agency (NFIA) indicated that 98 companies were so concerned over Brexit that they were moving to the Netherlands. In early October, Netherlands-based Prepscan announced it had doubled its GMP production capacity, which will allow it to guarantee short production timelines. Its product line consists of a new synthesizer, a preparative high-pressure liquid chromatograph (HPLC) and lyophilizer in the cleanroom. A lyophilizer is basically a freeze dryer that removes water from perishable materials.

#6. Switzerland. It probably shouldn’t be too big a surprise that the home of Roche and Novartis would have a good-sized presence in biopharma. It ranks highest in patents, third with 341 granted and 925 applications in 2018. It is second in venture capital. However, it ranked eighth in research funding with 2,544 grants and ninth in jobs, 14,319. In October, Swiss’s Haselmeier and Italy-based Stevanato Group inked an exclusive deal to license the Axis-D pen-injector technology and intellectual property (IP) for the development, manufacture and supply of the Axis-D pen-injector in the Therapeutic Area of Diabetes Care. Also in that period, Switzerland-based Galderma announced data from its Phase II clinical trial of its botulinum toxin, QM1114 for glabellar lines, which are frown lines. It is going forward with its plans for a Phase III trial.

#7. Italy. Italy shows up fifth in research funding with 5,434 grants as well as fifth in venture capital, with about $172 million in funding. It runs seventh in patents, with 177 granted and 256 applications in 2018. In addition to the previously mentioned deal between Stevanato Group and Haselmeier, Milan-based Genenta Science Thermo recently raked in $14.4 million in private funding to support two ongoing Phase I/II clinical trials for Temferon, its oncology stem cell therapy. One trial will focus on solid tumor glioblastoma multiforme while the other will test the drug on multiple myeloma patients.

#8. Belgium. In July, Gilead Sciences indicated it planned to invest $5.1 billion in Belgium’s Galapagos, almost double its minority stake in the company. The investment is part of a 10-year global research-and-development deal to develop Gilead’s arthritis drug filgotinib and co-develop the rest of Galapagos’ pipeline. In May, Promethera Biosciences, which has offices in Mont-Saint-Guibert, Belgium, dosed the first patient in a Phase IIa trial of its HepaStem in patients with late-stage nonalcoholic steatohepatitis (NASH). The PANASH trial will evaluate the safety and preliminary efficacy of the drug, which is an allogeneic cell-based therapy for severe liver diseases.

#9. Denmark. When it comes to Denmark and drug development, most would think of Novo Nordisk, one of the dominant players in the diabetes market. However, the country has 536 biopharma companies, placing fifth, and ranks sixth in patents, 156 granted and 465 applications in 2018. On October 9, Novo Nordisk entered a collaboration partnership with Cambridge, Massachusetts-based bluebird bio to develop next-generation genome editing therapies for genetic diseases, including hemophilia A. On September 25, Denmark-based Bavarian Nordic A/S became the first company to win approval by the FDA for a vaccine to prevent smallpox and monkeypox disease for adults at high risk who are viewed as bioterrorism threats.

#10. Sweden. Rounding out the list, Sweden launched an effort to increase life sciences in the country by creating a government Office of Life Sciences. A November 2018 report called the Life Sciences Road Map urged the country to broaden its efforts into digital healthcare and data and precision medicine. The country ranks sixth in number of companies, with 566. It hits number six in jobs, with 40,000, and ninth in public research funding with 2,380 grants. In October, in addition to Swiss-based Galderma’s news about its botulinum toxin trial, the company received approval from the Swedish Medical Products Agency to build a new state-of-the-art manufacturing plant at the Center of Excellence located in Uppsala, Sweden. It is designed to manufacture QM1114 and to meet what it believes will be increasing worldwide demand.