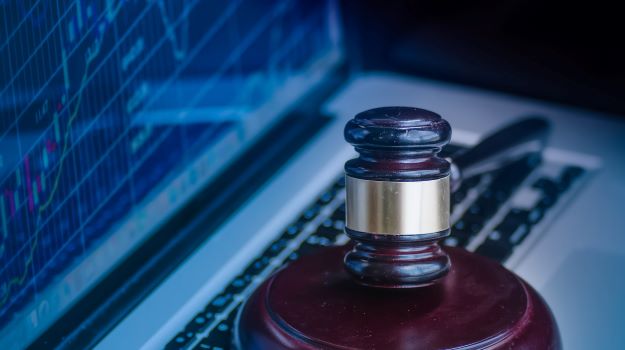 This week saw a flurry of biopharma patent cases, from Novartis vs Gilenya, Merck vs Viatris, and Aligos vs Janssen. Here's a look.

The U.S. Supreme Court accepted Novartis' request for a pause of a mandate from the U.S. Court of Appeals for the Federal Circuit.

The Appeals Court had ruled that several of the company's patent claims for Gilenya were invalid. This decision would have allowed HEC Pharma Co. to market generic versions of the multiple sclerosis drug Gilenya (fingolimod).

"We can confirm that the US Supreme Court has temporarily granted our request to stay issuance of the mandate, so that the Court can further consider our application for a stay pending its review of our case," a Novartis spokesperson told BioSpace.

In its filing, Novartis argued that issuing the mandate immediately would result in numerous generic versions hitting the market, permanently damaging Gilenya's price.

"And following a generic entry of that magnitude, Novartis would no longer be able to sustain the patient-service program that it maintains for patients taking Gilenya," Novartis stated in its argument. "The irreparable harm to Novartis and to the public interest outweigh the impact of a stay on HEC's plans to launch its admittedly infringing product."

The original ruling of the Supreme Court was in favor of Novartis. But an appeal reversed the decision. Novartis then requested a stay to remain in place while the supreme court consider the review. The patents in question revolve around the drug's dosing regimen.

Gilenya sales were about $2.8 billion in 2021. Novartis argued that if the generics hit the market immediately, it would have negatively affected the company's Fiscal Year 2022 sales by more than $300 million.

A U.S. Federal Appeals Court landed on the side of Merck in a patent challenge by Viatris' Mylan over Merck's diabetes drug Januvia and Janumet. Last week, the U.S. District Court for the Northern District of West Virginia ruled in favor of Merck's patent infringement case against Viatris.

A Merck spokesperson told BioSpace, “Merck is pleased that the U.S. Court of Appeals ruled in the company’s favor, affirming that the sitagliptin phosphate patent for JANUVIA, JANUMET and JANUMET XR is valid. We look forward to continuing to provide these important products to patients who need them through 2027.”

Viatris argued non-infringement and/or invalidity in their efforts to market generic versions in the U.S. of Januvia and Janumet. An earlier patent challenge of the dihydrogen phosphate salt of sitagliptin early was decided in favor of Merck. Viatris appealed the decision to the Court of Appeals on Sept. 29.

Januvia and Janumet raked in $5.2 billion in 2021. Although patents on the drugs expire in January 2023, the patent being disputed was for a salt form of the drug's active ingredient. Merck noted in February that it had previously settled disputes over the drugs with 21 other companies. Those companies will be able to market generics beginning in 2026.

Aligos and Janssen Sue and Countersue

Aligos Therapeutics filed a response to a complaint filed by Janssen Biopharma, a Johnson & Johnson company, back in March 2022.

Aligos' response identifies "the decades-old publicly available information," including work experience, publications and patents made by Aligos' co-founders at other companies that led to the first discovery of oligonucleotides that target hepatitis B virus (HBV). It also cites the licenses Aligos picked up from universities and other biotechnology companies.

The original filing by Janssen, filed in the Superior Court of the State of California, County of San Mateo, alleged breach of contract by the company co-founders and "tortious interference with the contract by Aligos." It sought "declaratory judgment of ownership of certain intellectual property" by Aligos and sought injunctive relief and monetary damages.

At the core of Janssen's allegations are that Aligos was founded using stolen data and intellectual property. It was cofounded in 2018 by two former Janssen researchers, Aligos' co-founders, Lawrence M. Blatt, Ph.D., and Leonid Beigelman, Ph.D., both of whom began working at Janssen in 2014 after Janssen acquired J&J's Alios Biopharma. Blatt was CEO and Beigelman was CSO of Alios.

Aligos also issued a counterclaim against Janssen, arguing that Janssen was conducting promissory fraud and engaged in unfair competitive practices. Promissory fraud refers to allegations that Janssen tried to lure Blatt and Beigelman to work at Janssen after the Alios merger, promising they would be able to continue operating independently, but that those promises weren't kept.

Aligos is requesting a jury trial.