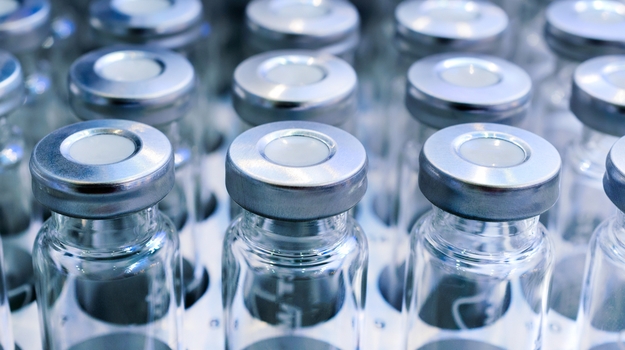 The Hill reports that the six or eight selected will go into clinical trials, where “health experts are looking to weed out faulty candidates and come out with three or four vaccines that clear final testing to be used by early 2021.”

“Can I say with 100% certainty? No,” said one of the officials. “There is a reasonable probability that one or more of these vaccines will be successful.”

President Trump had indicated he will be overseeing the program himself. However, at the agency level, Alex Azar, secretary of Health and Human Services, and Mark Esper, Secretary of Defense, are taking the lead.

Although a senior administration official is expected to be announced this week, Trump on Thursday, April 30, stated, “You know who is in charge of it? Honestly? I am.”

There are approximately 90 vaccine projects ongoing around the world. Currently the leaders appear to be the University of Oxford’s Jenner Institute, now backed by AstraZeneca, and U.S.-based Moderna, backed by the U.S. National Institutes of Allergy and Infectious Diseases (NIAID).

The Oxford group is launching a clinical trial in more than 6,000 people this month, with early data expected before June. Moderna is currently running its Phase I trial, which began dosing on March 16, with a second dosing started on March 23, with expansion into other sites at the end of the month, including in 60 adults over the age of 56, some in Seattle and Atlanta and Bethesda, Maryland.

The 14 chosen programs have not yet been identified.

Although both Moderna and Oxford have suggested they could get a vaccine available by September 2020, that’s a wildly optimistic timeline relying on everything going right. Although it seems likely Operation Warp Speed is including the Moderna trial, given the support by NIAID, there is no indication it is involved at any level with the Oxford group, which had indicated no agreements yet with U.S.-based biopharma organizations.

As The Washington Post wrote, the last time the U.S. government tried to dramatically accelerate a vaccine program, in 1976 for swine flu, it was “a fiasco.” Insurers and manufacturers were concerned about liability, causing Congress to pass a law waiving liability. One drug company manufactured two million doses with the wrong strain, and as the testing continued, more scientific problems emerged, including early studies showing it was not effective in children.

Luckily, the swine flu did not spread as expected. “Had it done so,” Max J. Skidmore wrote in his book, “Presidents, Pandemics, and Politics,” “the swine flu vaccination program would immediately have been reinstituted.”

The risk-benefit analysis, he suggests, with a relatively small number of Guillain-Barre syndrome cases compared to the risk from the flu, would have changed the calculus.

Operation Warp Speed is projected to cost billions of dollars with the Trump Administration seemingly signing a blank check, with funds coming from pre-existing government funds. Reportedly, no congressional approval is needed.

CBS News noted, “The officials didn’t guarantee that any vaccine that comes out of the program would be free to all Americans though they suggested that could be part of the return on the government’s investment as part of the public-private partnership.”

Officials also speculated that once a vaccine was available, it would go first to nursing home facilities, first responders and other individuals who interact often with the public.