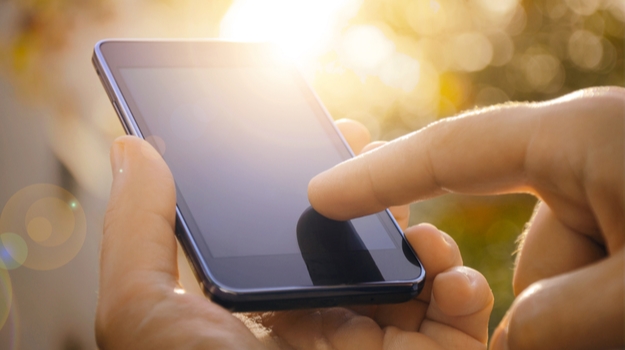 A novel way to control biologic signaling allows cellular function to be modulated via cell phone, according to research presented at the American Chemical Society’s annual meeting Tuesday by researchers at the University of Maryland.

The technology relies on redox mediators, which shuttle electrons around cells.

Redox mediators carry out cellular activities by accepting or giving up electrons through reduction or oxidation reactions. Because they can also exchange electrons with electrodes, thus producing a current, redox mediators can bridge the communications gap between electronics and living tissue, enabling electronics to control cells’ behavior and enabling cellular feedback that could operate electronics.

Possible applications include fast pathogen screens for biologics manufacturing, ingestible capsules to track blood sugar and – eventually – instruct other cells in the capsule to make insulin, and wearable devices to diagnose and treat bacterial infections.

“For non-human applications, we’ve built smart marbles – collaborating with Reza Ghodssi, Ph.D., also at the University of Maryland – to monitor metabolite or analyte concentrations in bioreactors in the biopharmaceutical industry. These smart marbles can circulate throughout a bioreactor, measuring oxygen levels or detecting chemical signals and transmitting data via Bluetooth to a computer or cell phone, for batch optimization. The team is working with instrument makers to commercialize the design.

The concept of the biological communication system emerged from the need to “develop implantable devices to communicate and get molecular information that’s indicative of the biology, wherever that biology may be, and then modulate it,” Bentley said. “Rather than using ‘omics methods, which are labor and equipment intensive, we realized there are simpler ways to get that information.”

“We engineered bacteria cells to turn red or green in the presence of the quorum sensing molecule. Then we put those cells into the environment, where the quorum sensing molecules bind to receptors on the E.coli cells’ surfaces. Some transfer through the membrane and bind to transcriptional regulators to modulate gene expression,” VanArsdale said.

“In one project (reported during the ACS meeting), we engineered cells to receive electronically generated information and transmit it as molecular cues,” VanArsdale said. “The cells were designed to detect and respond to hydrogen peroxide. When placed near a charged electrode that generated this redox mediator, the cells produced a corresponding amount of a quorum sensing molecule that bacteria use to signal to each other and modulate behavior by altering gene expression.”

In another recent project, the team engineered two types of cells to receive molecular information from the pathogenic bacteria Pseudomonas aeruginosa and convert it into an electronic signal for diagnostic and other applications. One group of cells produced the amino acid tyrosine, and another group made tyrosinase, which converts tyrosine into a molecule called L-DOPA. The cells were engineered so this redox mediator would be produced only if the bacteria released both a quorum sensing molecule and a toxin associated with a virulent stage of P. aeruginosa growth.

The size of the current generated by L-DOPA indicated the amount of bacteria and toxin present in a sample. If used in a blood test, the technique could reveal an infection and also gauge its severity. Because this information would be in electronic form, it could be wirelessly transmitted to a doctor’s office and a patient’s cell phone to inform them about the infection, Bentley said. “Ultimately, we could engineer it so that a wearable device would be triggered to give the patient a therapeutic after an infection is detected.”

To further the work, the team created a biological analog of computer memory by using eumelanin, the oxidative product of the tyrosine/tyrosinase reaction that creates dark pigmentation in hair.

“Eumelanin forms as a polymer-like aggregate with multiple reactive groups that exist in either a reduced or oxidized form,” VanArsdale said. The state of the eumelanin particles can be changed electronically. “By measuring the current generated by transporting electrons or measuring the oxidative stress upon the E. coli, we can switch information between electronics and biology, and also can store it.”

There is a plethora of potential applications. Eventually, Bentley envisions the capsule traversing the gastrointestinal (GI) track like endoscopic pill cameras do today. It is swallowed, it passes through the body and out, conveying information as it passes. Designing a system that remains in the body for a long time, however, remains a far-future endeavor.

Nearer term, the biological communication technology may be used for pathogenic bacterial detection tests. Here, VanArsdale said, “You would take a patient sample, mix it with the engineered cell types, and use the electrode to monitor the reaction. It would be a rapid, simple pathogen test.”

The research is in its early stages, but the potential risks of releasing engineered bacteria into the environment already are being considered. Risks can be mitigated by encapsulation. “If the cells are contained in a capsule, and they stay there, and you control them electronically, the risk is easier to deal with,” Dr. Bentley said. Genetic kill switches could offer another safeguard, he said.

Further research is needed before this biological communication technology is ready for widespread application.