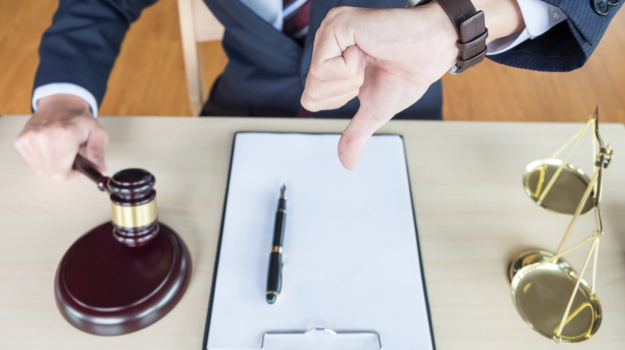 Immunomedics was hoping for a green light from the U.S. Food and Drug Administration (FDA) for its triple-negative breast cancer treatment, sacituzumab govitecan. However, this morning the company announced that approval will not likely be coming any time soon.

The Morris Plains, N.J.-based company received a Complete Response Letter from the FDA for sacituzumab govitecan. The company had been seeking accelerated approval of the drug, which was developed for the treatment of patients with metastatic triple-negative breast cancer (mTNBC) who have received at least two prior therapies for metastatic disease.

Michael Pehl, president and chief executive officer of Immunomedics, said the FDA’s rejection concerned chemistry manufacturing and control matters. No new clinical or preclinical data will need to be generated, he said. The company plans to request a meeting with the regulatory agency to “gain a full understanding” of the FDA’s requirements and timeline for potential eventual approval. Pehl said the company will work closely with the FDA in order to bring the medicine to market for those breast cancer patients.

“We believe in sacituzumab govitecan’s potential to be a viable treatment option for these patients,” Pehl said in a statement.

Sacituzumab govitecan, the company’s lead asset, is a novel, first-in-class antibody-drug conjugate (ADC). If approved, sacituzumab govitecan would be the first and only ADC approved for the treatment of metastatic triple negative breast cancer.

In December, Immunomedics updated results from its Phase II trial of sacitizumab govitecan as a monotherapy in mTNBC. The company said the updated results for the drug treatment confirmed previous studies that the medication demonstrated meaningful clinical benefit in that segment of breast cancer patients. The updated results showed that sacitizumab govitecan provided an objective response rate (ORR) of more than 30 percent among heavily pre-treated patients, as well as a manageable safety profile. The updated data provided an additional five months of follow-up on trial patients who were provided sacitizumab govitecan in the trial. The data showed “robust clinical activity” with an ORR of 33 percent and 34 percent based on local assessment and blinded independent central review, respectively. Response rates to chemotherapy in pre-treated mTNBC patients are generally low.

When the updated results were announced, Robert Iannone, chief medical officer at Immunomedics, said the results showed that sacituzumab govitecan can be a viable treatment option and help alleviate the unmet need in mTNBC.

Immunomedics will hold a conference call this morning to discuss its intentions to address the CRL issued by the FDA for sacituzumab govitecan. Shares of Immunomedics closed at $18.09 on Dec. 17.