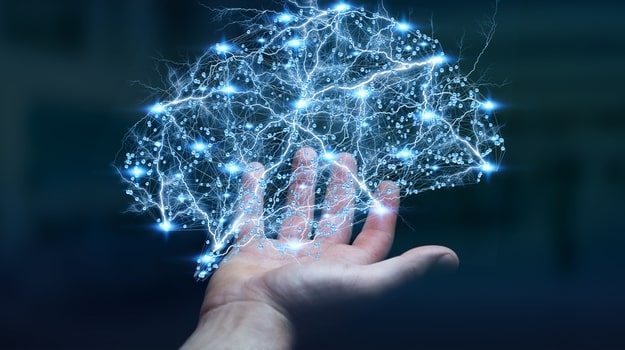 While Neuralink, Elon Musk's startup-venture focused on creating a brain-computer interface, garners lots of coverage in the biotechnology space, other bioelectronics ventures continue innovating in this space.

iota Biosciences, a spin-off company from UC Berkley formed in 2017, made news two years ago by securing $15 million in Series A funding and again last year announcing a partnership with Astellas Pharma Inc. Bolstered by studies in rodents, iota Biosciences advances towards their vision. In a press release on their partnership, founders Jose Carmena and Michel Maharbiz commented:

We envision a future in which our ultra-small implantable devices will be used in combination with, or as an alternative to, conventional diagnostics and therapies. Through our collaboration with Astellas, we expect to make our innovative technologies available to patients around the world.

Carmena and Maharbiz are right on track, winning the prestigious 2017 McKnight Technological Innovation in Neuroscience Award. While electric stimulation devices for the heart, cochlea and brain already exist, Carmenas and Maharbiz recognized the key limitations of existing technologies.

Existing larger implantable stimulating devices, such as deep-brain stimulation implants for Parkinson's disease, lack specificity requiring surgical implantation in a nearby anatomic pocket. Consequently, leads from the power source must connect with a stimulating electrode resulting in an increased risk of infection and a loss of efficacy. To solve these challenges, iota Biosciences is currently developing implantable neural devices the size of sand. Such untethered devices reduce the need for invasive surgeries while allowing real-time monitoring of nervous system function. These devices, neural mote or neural dust, could connect to peripheral nerves or visceral organs to treat or monitor inflammatory diseases. Long-term recording and stimulating the brain with multiple neural motes is a possibility. Rather than invasive surgery, these small devices require cheaper, non-invasive methods to implant within the nervous system.

Carmena and Maharbiz, the scientists behind the venture, worked towards powering a small, wireless communications device that could read and record neural activity, in addition to providing electrical stimulation. Bodily organs and tissues dampen electromagnetic waves, reducing the efficiency of traditional methods for powering such implants. Instead, this breakthrough technology powered by ultrasonic-waves allowed millimeter-sized implants to function safely and efficiently. Rather than an internal battery, the small device generates energy through piezoelectricity.

In a breakthrough study published on February 19th in Nature Biomedical Engineering, researchers connected neural dust implants reduced to 1.7 cubic millimeters to rat sciatic nerves. The implanted device, called the StimDust system, consisted of very few components, which will be scaled down for future applications. A piezoceramic ultrasonic transducer generated power allowing for wireless communication and stimulation. A capacitor stored any excess energy generated from ultrasonic beams. Bipolar stimulating electrodes directly interfaced with the nerve while a cuff attached to a small circuit-board allowed the device to adhere physically to the nerve. These components were sufficient to generate or record nerve-impulses. In anesthetized rodents, they elicited muscular contractions with the StimDust system.

Another advantage of this system is the quick temporal-response to stimulation, resultant from its proximity to the target nerve. Additionally, the device is programmable, enabling the design of treatment-specific stimulation patterns for individualized responses. While more preclinical development is needed, multiple neural motes implanted in the brain would replace current cruder methods of brain stimulation. Additionally, they provide promise for live-recording and monitoring of multiple individual nerves within the brain. By coordinating individual dust motes connected within the brain, clinicians could coordinate different networks of neurons across distant regions of the brain simultaneously. In the short-term, these devices will likely first monitor and treat the peripheral nervous system, as propagating ultrasonic beams through the skull is technically challenging.

Another challenge that these devices face is the body's immune response. While short-term implantation might be possible, it's unclear if it will trigger an immune response. Lymphocytes circulating in the blood may determine that these foreign bodies are dangerous, and while mounting an immune response, would damage the host. Additionally, the implanted device must survive long-term in the internal corrosive environment of the human body. If it begins to degrade or corrode, the device could cease functioning. While these acute implantation results are promising, components must be tested for their survival and robustness before human trials. The U.S. Food and Drug Administration follows the international standard ISO 10993-1, guiding manufacturers in designing devices with materials that withstand this harsh environment.

Despite the many hurdles ahead of iota Biosciences, their innovative technology may prove crucial to monitor and treat diseases of the peripheral nervous system. The promise of precise diagnostic sensors could advance our knowledge of neuropsychiatric or neurodevelopmental disorders. With no recently approved and published patents, registered clinical trials or recent press releases, we will need to wait months for their next exciting plans.