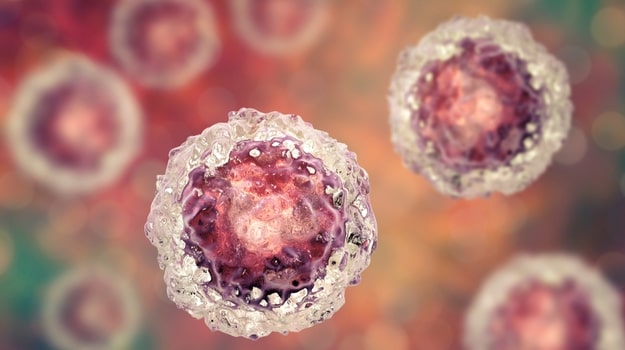 It did not take too long for industry veteran Roger Perlmutter, the former president of Merck Research Laboratories, to find a new job after leaving the pharma giant at the end of 2020. Perlmutter will helm drug discovery startup Eikon Therapeutics, Inc.

California-based Eikon emerged from stealth mode with a $148 million Series A financing round. The company is pioneering live-cell super-resolution microscopy and engineering for drug development. The company’s drug discovery platform progressed from super-resolution microscopy, which the company described as a “groundbreaking approach to elucidating the behavior of proteins in live cells.”

The company uses this technology to track and measure the movement of individual proteins in living cells in real-time to increase the understanding of disease biology. This is expected to lead to the discovery of differentiated therapeutics. Eikon will integrate engineering, advanced optics, and machine learning alongside molecular biology and medicinal chemistry to industrialize the tracking of protein dynamics.

Perlmutter, who was credited with rejuvenating Merck’s research and development program since taking over Merck Research Laboratories in 2013, will serve as Eikon’s chief executive officer. During his time with Merck, the company won more than 100 regulatory approvals globally, including more than 15 novel vaccines and therapeutics. These cover therapies for multiple cancers, diabetes, and infections such as Ebola, HIV, hepatitis C, and cytomegalovirus.

He established the company’s checkpoint inhibitor Keytruda (pembrolizumab) as the most dominant immuno-oncology therapy on the market. The drug alone has been accepted for more than 25 indications across 16 tumor types.

Since leaving Merck, Perlmutter said he has been interacting with Eikon’s research teams working to “identify and develop important new therapeutics.”

“The pharmaceutical industry has long been limited in the tools available to study dynamic regulatory mechanisms in living cells. In this context, it is inspiring to see what Eikon has already accomplished by incorporating physics and engineering along with machine learning to complement traditional drug discovery approaches,” Perlmutter said in a statement.

Perlmutter expressed his excitement working with Eikon’s drug discovery platform. He also said it would be a privilege to work alongside two of Eikon’s co-founders whom he has known for many years; Eric Betzig, who won the Nobel Prize in Chemistry for his pioneering work in super-resolution microscopy, and Robert Tjian, a professor of biochemistry and molecular biology at the University of California at Berkeley.

In addition to Betzig and Tjian, Eikon’s other co-founders include Xavier Darzacq and Luke Lavis. The co-founders wanted to harness the powers of the super-resolution microscopy technology and apply the tracking of protein dynamics to key applications across the drug discovery process.

“Eikon was founded on the vision that observing protein movement in living cells will yield important biological insights enabling the discovery of therapies that could not be identified by other means. Using an interdisciplinary approach that combines engineering and science, we have created an exciting new window into cell biology and pharmacology,” said Darzacq, who is also a professor of molecular and cell biology at the University of California at Berkeley.

Darzacq touted the addition of Perlmutter and his depth of drug development experience to the Eikon team. He said Perlmutter will be a boon to the company as it moves forward in the development of therapeutics.

In addition to naming Perlmutter as CEO, Eikon also established a Scientific Advisory Board that includes Nobel Prize winner Tom Cech, Arcus Biosciences President and Co-Founder Juan Jaen, and Eric Schmidt, former CEO and Chairman of Google. Other members are Tjian; Larry Laskey, Partner at The Column Group; and Fei-Fei Li, co-director of the Stanford Institute for Human-Centered Artificial Intelligence.