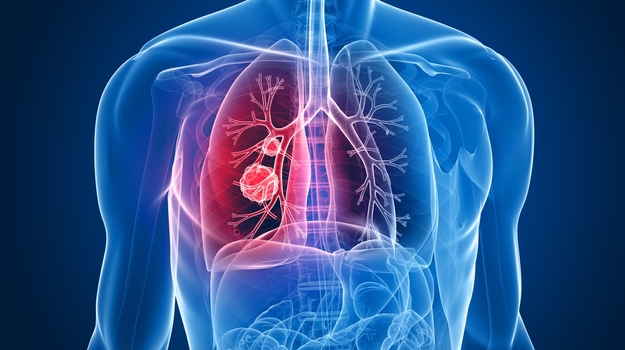 Merck’s vaunted checkpoint inhibitor Keytruda (pembrolizumab) continues to flex its muscle in the treatment of lung cancer patients. Now the drug is taking aim at KRAS mutations in lung cancer and the results are quite promising.

New findings from the Phase III KEYNOTE-042 Study show improvements in overall survival, progression-free survival and overall response rate in patients treated with Keytruda as a monotherapy. Merck presented the findings today at the European Society for Medical Oncology (ESMO) Immuno-Oncology Congress 2019. The findings showed that Keytruda provided those benefits as a first-line treatment for patients with metastatic nonsquamous non-small cell lung cancer (NSCLC) whose tumors expressed PD-L1 regardless of KRAS mutation. In its analysis of the data, Keytruda reduced the risk of death by 58% in patients with any KRAS mutation and by 72% in patients with the KRAS G12C mutation compared to chemotherapy.

Jonathan Cheng, head of oncology clinical research at Merck Research Laboratories, said KRAS mutations occur in approximately 20% of people with non-small cell lung cancer. Some studies have suggested that the mutations are associated with a poorer treatment response, Cheng added.

“It was, therefore, encouraging to see in this exploratory analysis that Keytruda monotherapy was associated with a survival benefit in certain patients with metastatic nonsquamous non-small cell lung cancer, regardless of KRAS mutational status.”

Non-small cell lung cancer is the most common type of lung cancer, accounting for about 85% of all cases. Lung cancer can also be characterized by the presence of different biomarkers, including PD-L1, KRAS, ALK, EGFR and ROS1. KRAS mutations occur in about 20% of NSCLC cases. Between 2008 and 2014, the five-year survival rate for patients diagnosed in the U.S. with advanced NSCLC was only 5%. KRAS G12C mutations are typically found in about 14% of non-small cell lung cancer patients and are also found in other types of cancers. It’s no wonder that KRAS mutations have become popular targets for many drug makers, such as Mirati and Amgen. In September, Amgen posted results of its experimental KRAS G12C AMG 510 which underwhelmed investors.

Merck noted that the objective of its exploratory analysis of the KEYNOTE-042 data was to assess the prevalence of KRAS mutations and their association with efficacy of Keytruda. In the trial of 1,274 patients with metastatic nonsquamous NSCLC whose tumors expressed PD-L1, 301 patients had KRAS evaluable data, the company said. Patients were randomized 1:1 to receive 200 mg of Keytruda or chemotherapy every three weeks. Treatment continued until progression of disease or unacceptable toxicity. The primary endpoint was OS and secondary endpoints were PFS and ORR. Findings from the analysis showed that patients treated with Keytruda saw improved clinical outcomes, regardless of KRAS mutational status.

Since it was first approved by the U.S. Food and Drug Administration, Keytruda has become a cornerstone of Merck’s oncology pipeline. Keytruda has been approved more than 22 times since 2015. The medication is slated to become the world’s top-selling drug by 2025, according to analyst predictions.