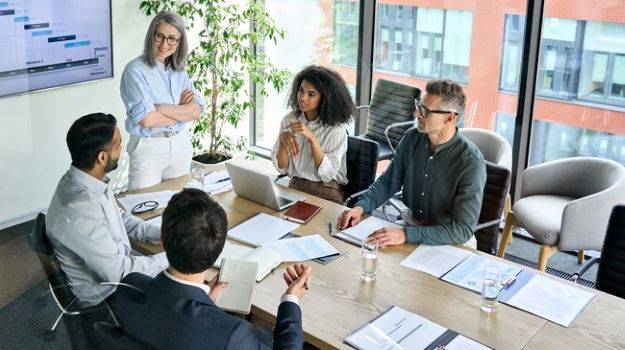 From Boomers to Zoomers, the life sciences industry is flush with different generational experiences. BioSpace's The Multigenerational Workplace report, released Wednesday, highlights both the differences and similarities in the general perceptions of each generation.

The generations working today are more alike than different, and managing a multigenerational workforce is more about good management practices than viewing employees by generation or, for that matter, by geography, gender, race, class or any other strata. 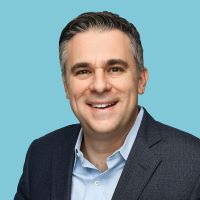 “Broadly speaking, there are a few core things the vast majority of employees want,” he said. These include having:

Their values and concerns are not mutually exclusive, however. 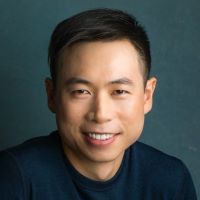 Harvard career adviser Gorick Ng, bestselling author of  "The Unspoken Rules: Secrets to Starting Your Career Off Right" by Harvard Business Review, shared a recent survey of students at a large midwestern university. When asked what was most important to them as they considered their future careers, 41% listed financial stability as most important. This was followed by a “good work-life balance” (16%), “doing what I enjoy” (12%), “building good relationships” (11%) and “making a lot of money” (8%).

The emphasis on financial stability, Ng said, “was likely because many of these students came from working-class backgrounds and saw their parents get laid off during the 2008 financial crisis and many of their college friends get their jobs rescinded during the COVID-19 pandemic. We see this pragmatism among many survivors of the Great Depression and World War II, also.”

Once employees of any generation are financially stable, the remaining factors become more important. That’s exemplified by the increasing turnover rate. In 2021, “People quit their jobs at historically high rates." (The annual separations rate for 2021 was 47.2%), according to the Bureau of Labor Statistics.

While many factors are behind that figure, Ng said that a key driver is the availability of information that enables employees to challenge assumptions and no longer just accept what’s offered. For example, the pandemic showed that commuting doesn’t have to be a way of life. Neither do toxic managers.

Acknowledging this, Schiavo said, “We’ve been talking with leaders about the importance of offering flexible work arrangements to as many people as possible so they can optimize their work.” For example, the schedule that’s good for a single person at age 25 may not be as workable later on, or for someone with children. “Managers need to customize schedules to better match the needs of their employees.”

Most Scientists Peak Later in Life

In terms of innovation, there’s been a perception that young people are smarter or more creative than their older colleagues. That’s exemplified by the host of “30 under 30” innovators lists. That premise is fallacious. “What separates those who succeed or fail in biotech is an understanding and appreciation of what’s been done before – and what hasn’t been done before,” Ng said. To that point, analyses from the Kellogg School of Management show most scientists make their breakthroughs later in life.

Still, younger generations in the life sciences industry are engaging more today than in previous years. In BioSpace's recent Diversity in Life Sciences survey, 47 percent of respondents were under 34, compared with 22 percent in 2020.

In terms of managing a multigenerational workforce, communication is among the greatest challenges. “The generations tend to digest and process information differently,” Schiavo said. Generally, “The older generation is used to face-to-face meetings and younger people are more used to getting information from apps.”

Likewise, older employees often prefer detailed emails while younger employees communicate via text messages. Multi-paragraph emails may not be read completely. To help bridge the gap, senders might consider using bullet points with emails, with details below or linked. “Use a variety of communications mechanisms,” Schiavo advised.

The content of communications has changed, too, he said. For example, for Baby Boomers and the Gen Xers born just after them, “Emails were more formal than they are now. They began with ‘Hi,’ followed by pleasantries. Now, communications are terse. They often are one-liners and may include emojis. Some perceive that as rude, but the senders are just moving quickly,” Schiavo explained.

The different communications preferences may lead to misunderstandings, and not just in terms of content. As Ng pointed out, “Taking notes with a phone during meetings might be second nature for Gen Zers or millennials, but may make other generations concerned they are distracted.”

Recognizing and understanding these and other differences among individuals is a way to foster diversity, inclusion and belonging. That need “is particularly pronounced with the younger generation, but resonates with every employee,” Schiavo said. “This means recognizing that individuals have different experiences and backgrounds and should have a voice, so managers should encourage different points of view.”

To that end, he suggests getting to know team members as individuals rather than as merely part of a group. “That means knowing their career goals, how they like to be communicated with and what makes them tick,” he said. Those insights should inform individual development plans, but for a full picture, Schiavo recommends going a step further, with skip-level meetings. For example, he said, “I have six direct reports. I try to meet not just with them but also with the next level down so I get to know my full organization.”

The key, Ng said, is to “find the intersection between what you care about as an organization and what your employees care about.”

For middle managers, that often means asking team members what success in this job looks like to them. “For many entering the workforce today, the first job is a stepping stone to another opportunity, so the more you understand how they define success, the better you can motivate them to see how contributing to the team contributes to their own goals,” Ng said. Asking employees to project themselves to their last day on this job and discuss the skills they’ve developed and the topics they’ve learned about is one way to do that.

Overall, middle management appears to be responding well to the challenge, as more employees reported feeling a commitment to diversity and inclusion from their supervisors (as opposed to C-suite managers) in BioSpace's Diversity in Life Sciences survey.

Senior leadership must do that, and also ensure the organization’s benefits meet the needs of multiple generations of employees.

Alkermes has crafted its benefits options to be valuable to employees at each stage of their lives. For example, options include a variety of health-plan options (including one with a high deductible, which offers access to a high-quality health plan with low medical premiums), financial education, family planning, adoption and surrogacy reimbursement, child care assistance, senior care guidance, a generous 401k matching program and other benefits.

“The goal, at the end of the day,” as Ng pointed out, “is for all employees to feel valued, supported and excited about their work.”