Looming Patent Cliff will be Pharma’s Moment of Truth 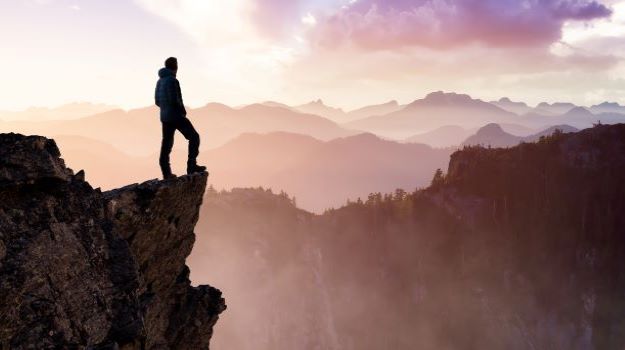 A patent cliff is looming once again for the biopharma industry, putting some $236 billion in pharmaceutical sales at risk between now and 2030. For context, the top 10 biopharmas in 2021 had total, global sales of approximately $512 billion. In the next eight years, more than 190 drugs will go off-patent for these companies. Of those, 69 are blockbuster drugs.

“Depending on the company, on paper, the losses represent from 14% to 79% of their revenues,” Maria Whitman, global head of ZS Associates’ pharmaceutical and biotech practice, told BioSpace. “That’s $6 to $38 billion that any one company will lose in revenues. Another way to think about it is, five of today’s top 10 pharmas (by income) will have more than 50% of their revenues at risk.”

Many of the affected drugs are biologics, including – in the latter half of the decade – newer drugs like Keytruda. “Chronic obstructive pulmonary disease (COPD), non-small cell lung cancer, HIV, type II diabetes and oncology are the top areas that will be affected,” Whitman said, and BMS, AbbVie and Novartis – in that order – are expected to be hardest-hit. 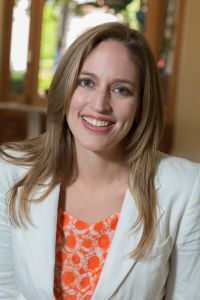 The industry faced a similar patent cliff that began around 2008. Compared to that cliff, “The curve will be a bit slower, in part because of the biologics,” she said. For example, in the previous cliff, traditional molecules often saw 90% of their revenues lost to generics in a three-to-six-month period. This coming patent cliff may see market share declines of the biologics in the range of 30% to 70% in the first year in the United States and Europe, respectively, linked – largely – to biosimilar adoption across global healthcare systems.

Companies won’t make up the losses with their current pipelines or by adding an asset or two this time.

“The replenishment rate – the ability to make up the losses within five years – is decreasing. Projecting out the risk-adjusted pipeline through 2026, the top ten will still have an average of 44% of their revenues at risk,” Whitman said. “That’s partially because of the scale of these companies and because the historic return on investment for the big players has been creeping down toward zero. As of 2020, the ROI was about 2%.

A focus on AI and automation in R&D are helping to change the tide. Even so, innovation has to come from outside the company, through alliances, business development and licensing in the increasingly proliferative (60-80% of new innovation) and competitive biotech space.” Biotech accounts for 60 to 80% of the innovation in the industry today, she said.

“With about $180 billion in ‘dry powder’ sitting with the top 12 companies alone, we can anticipate more mergers and acquisitions activity,” Whitman predicted. In this new reality, other survival strategies from the previous patent cliff are less effective than previously. Therefore, companies need to drive more value, reduce costs and enhance their capabilities.

Last year, ZS conducted research to understand whether there was value in focusing on certain therapeutic categories to build scientific and commercial synergies. “We found that 66% of the revenue from the top 20 companies comes from three therapy areas (which vary, depending on the organization). The companies that have average-to-better focus achieved a 7% annualized growth rate, versus 0.2% for other companies, and added 50% more to their market capitalization.

“So, if you are a very diverse pharma company, your best move is to focus,” she continued. Conversely, if your company is focused on one key area, consider what that market will be in the future, where you should go next and how you can have impact. “Oncology, for example, represents 22% of worldwide revenues now and will represent 27% in 2030, but it is also the number one area of development, and the bar of “unmet need” will be higher for differentiation.

“The next era is about outcomes,” Whitman said, “and pharma is at a moment of truth in company strategies around focus, innovation and in particular, how they can affect patient outcomes beyond the medicine. For example, in the past, we spent time helping the doctor find the patient, and now we have to help the patient find the right doctor and the right care.”

Whitman added that companies need to significantly reduce their selling, general and administrative (SG&A) costs. That’s already starting, “but when you look globally, pharma companies are reflecting on how to balance serving markets at a local level versus centralizing support.”

Leaders in the industry are, therefore, focusing their operational infrastructure on local support for the countries that are most meaningful to them, and are using a centralized approach to cover the others.

Any structure must be flexible for policy and access changes. European drugmakers, for instance, proposed a plan by which drugmakers would file for pricing and reimbursement in all EU member states within two years of EU market authorization. (The current timeframes range from 133 days for Germany to 899 days for Romania, thus delaying access to therapeutics.)

For China, pharma companies are taking highly varied approaches from building infrastructure to watching and waiting, Whitman said. “There are a lot of regulatory changes in China,” she noted, predicting that it will be an innovator and will compete with the West.

Digitization also presents opportunities for biopharma efficiency and cost-containment. Opportunities exist in the R&D process, regulatory submissions, data fluidity and artificial intelligence (AI) to become faster and more effective throughout a drug’s lifecycle. “Therefore, many companies are building data science capabilities in a more thoughtful and strategic way for both commercial and R&D operations,” Whitman said.

This includes using AI to assess possible assets and alliances in terms of the potential for regulatory approval and commercial ROI. Applying AI and machine learning to the assessments is improving companies’ abilities to predict which molecules and alliances will succeed. ZS has an exclusive consulting partnership with Intelligencia AI, which, on a Phase II oncology program using these methods accurately predicted 73% of the drugs that were eventually approved and 78% of the drugs that were not approved, Whitman said. Such insights can help partners and investors develop more accurate valuations for assets to fill their pipelines.

The success of any asset also requires a successful product launch. Therefore, she said, “We have to become better at launching fewer blockbusters and more products that are less sizable and that peak earlier than anything we’ve experienced in the past, and we have to do this better than we do today.”

There are a few reasons for this, Whitman said. “First launchers do a bit better because they have to be specific and focused.” Additionally, ZS research shows that “Safety and efficacy only get you so far. The definition of ‘unmet needs’ is shifting.” For example, adherence and convenience become more important in markets with multiple effective competitors.

Clearly, companies need to be increasingly agile and thoughtful about every aspect of operations. How they prepare to meet the coming challenges will determine whether today’s top companies will also be on top in 2030.