Lessons From Bergamo: Halting the Complement Cascade May Stop COVID-19 in Its Tracks 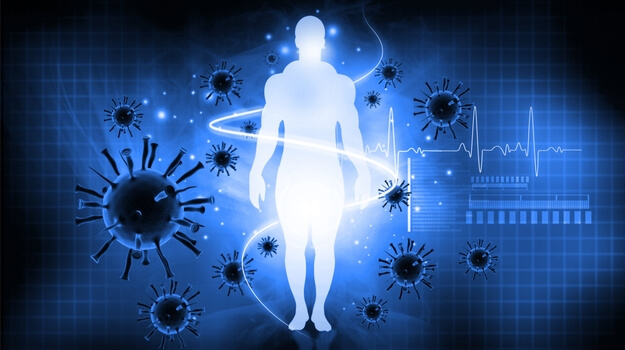 Treatments for COVID-19 may be focusing on at the wrong elements of the disease, according to physicians analyzing results from Bergamo, Italy, the epicenter of the pandemic in Europe. They realized, as they combed through the data, that COVID-19 is an endothelia injury rather than a pulmonary event and that stopping the complement cascade can have a significant effect on the escalation of symptoms during a patient’s illness.

Making that case at a recent Demy-Colton Virtual Salon, Jeffrey Conrad Lawrence, M.D., professor of medicine at Cornell Medical College, noted immunohistochemistry analysis of pulmonary autopsy tissue showed “striking depositions of C5b-9 in the microvasculature of the interalveolar septa, including areas of normal appearing lung, which is suggestive of systemic complement activation.” C4 and MASP2 deposition also were seen in the septa.

“This was the first time we showed clotting in the small blood vessels, leading to lung damage. Chinese researchers also found it in the kidneys, and we’ve found it in the skin, which shows the deposition of MASP2 is a systemic problem,” Lawrence said. The presence of MASP2 activates the inflammatory system and clotting and, with D-dimers, involves complement, coagulation, and inflammation.

Research showed co-deposition of virus spike points along with complement in the damaged vessels, which leads to activation of MASP2. Consequently, “The virus can directly activate MASP2. This is a very important finding,” Lawrence stressed, because it emphasizes the role of complement in COVID-19.

That importance also was indicated in studies of mice. They showed that the survival of infected mice, with 1 million copies per milliliter of the SARS-CoV-2 virus in their bloodstream, hinged on the presence or absence of complement. “Knocking out the complement made the difference,” he said.

In severe cases of COVID-19, heparin (a blood thinner) often is administered either prophylactically or therapeutically, but it offers only one avenue of attack. MASP2 activation, however, affects complement and initiates anticoagulation and anti-inflammatory responses. To halt the cascade, Lawrence said, “You need to attack all the processes.”

The effects of interrupting the MASP2 cascade are evident in acute thrombotic microangiopathy (TMA). That condition correlates closely with COVID-19. In both conditions, MASP2 levels are very high. In TMA studies, drug narsoplimab was administered. Narsoplimab blocks the activation of caspase 8 – “the first thing activated when killing a macrovascular endothelial cell, Lawrence said –” thus has potential as a COVID-19 treatment by blocking the complement cascade.

Perales launched a Phase II trial of narsoplimab in TMA patients, which was converted to a pivotal trial after receiving FDA breakthrough therapy designation. Patients were treated once weekly for four weeks. Of the 28 patients in the study, 54% had a complete response rate. Of the 23 who were treated for four weeks or more, 65% (15 patients) had a complete response rate. Of those 15, 93% survived at least 100 days. “These are high response rates,” Perales pointed out, “and are supportive of COVID patients who also received narsoplimab.”

These results underscore the importance of blocking the MASP2-mediated complement cascade. “Once the cascade is in motion, taking away the original insult doesn’t solve the problem,” Perales said.

In Bergamo, Professor Alessandro Rambaldi, professor of hematology at the University of Milan and head of hematology and oncology at Papa Giovanni XXIII Hospital, found himself in the COVID-19 fight soon after the outbreak occurred. “My colleagues called from infectious disease, intensive care, and other departments, asking why their patients had thrombosis. This was unexpected,” he recalled, during the virtual salon.

Launching an investigation, he found severe, extensive thrombotic events in the lungs, hearts, and brains of COVID-19 patients as endothelial cells were released into the bloodstream. He began searching for biological markers.

“The parallels between COVID-19 and TMA were strikingly similar,” Rambaldi said, reiterating the point Perales made. Both involved endothelial damage that activated the lectin pathway, MASP2 activation, and multi-organ TMA.

In a small trial, Rambaldi administered narsoplimab to six COVID-19 patients who had received continuous airway pressure for less than 48 hours. “Their clinical condition improved rapidly,” Rambaldi reported. “The levels of endothelial cells in the blood dropped after two, four, and six administrations of narsoplimab but in one patient rose again,” he continued. One additional administration returned cell levels to normal. Serum levels of LDH, CRP, IL-6, and IL-8 also dropped throughout treatment. Ultimately, all six patients were discharged from the hospital. D-dimer also dropped during treatment and normalized after 25 days. “In all, we had clinical resolution of the dramatic respiratory failure and evidence that the hypercoagulation could be downregulated by the treatment with narsoplimab,” Rambaldi said.

The research of these three physicians suggests COVID-19 is an endothelial injury event and that narsoplimab, because of its ability to interrupt the MASP2-mediated cascade, may be an effective treatment for COVID-19. More extensive trials are needed, of course, before it can be authorized for use but, early results appear promising.